The Digilent Pmod HB5 (Revision E) offers a 2A H-bridge circuit to drive small to medium sized DC motors. This module was specifically designed to work with the Digilent gearbox motor which incorporates quadrature encoder feedback. 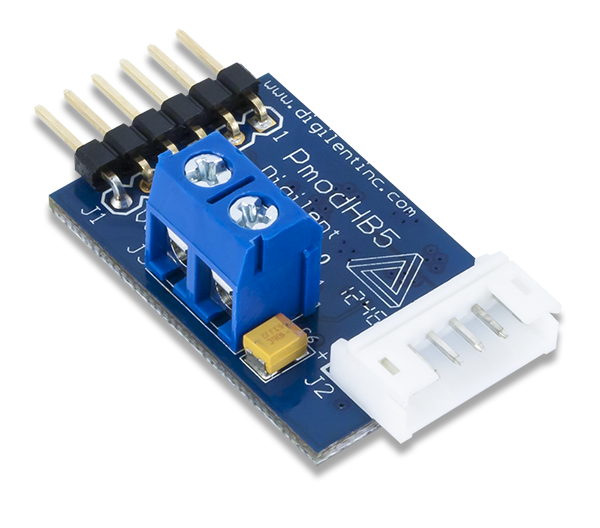 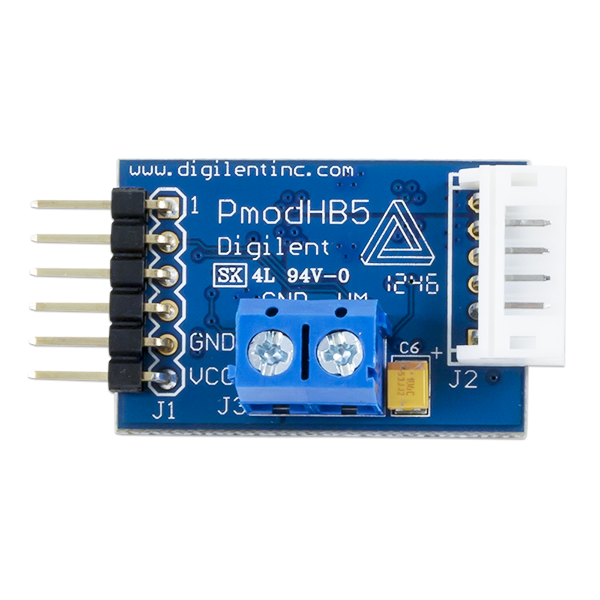 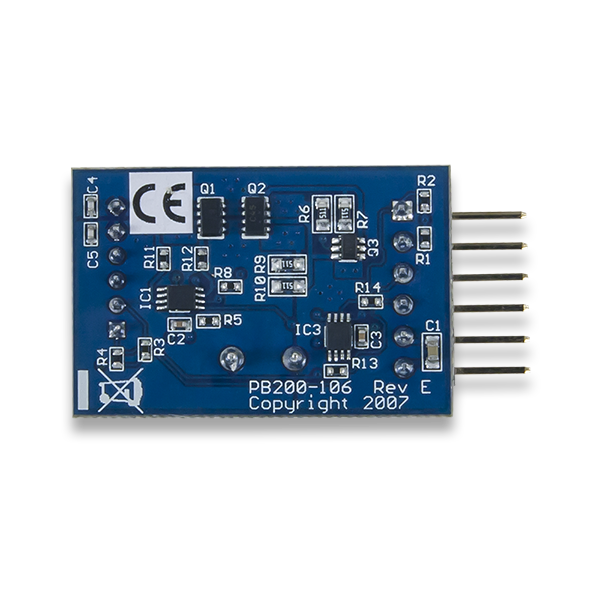 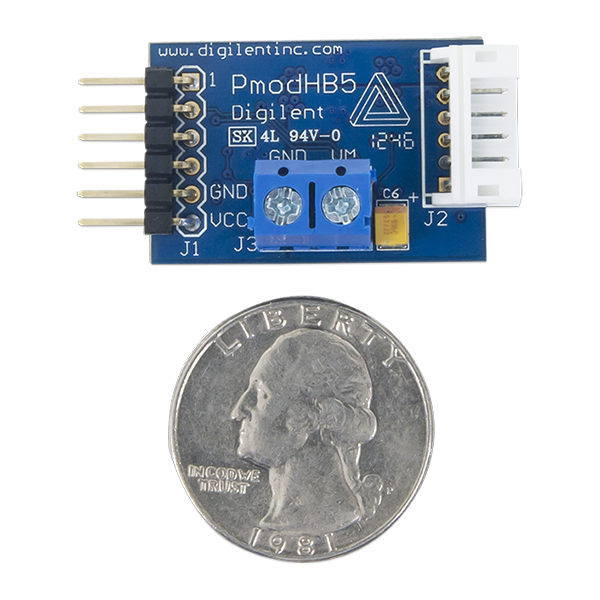 The Pmod HB5 communicates with the host board via the GPIO protocol. Like all H-Bridges, care must be taken to avoid causing a potential short within the circuitry. In terms of this Pmod, this means that the Direction pin must not change state while the Enable pin is at a high voltage state. If this does occur, one set of switches that are driving the motor will be closing while the other set is opening, allowing for the possibility for both sets of switches to be open at the same time, creating a short. 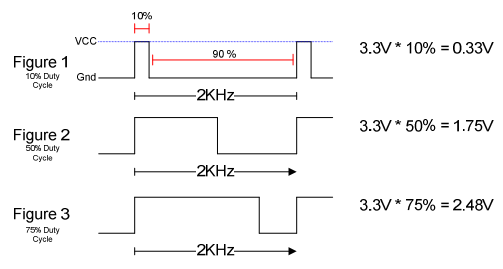 The way that this works is that when voltage is being applied, the motor is driven by the changing magnetic forces. When voltage is stopped, momentum causes the motor to continue spinning a while. At a high enough frequency, this process of powering and coasting enables the motor to achieve a smooth rotation that can easily be controlled through digital logic. 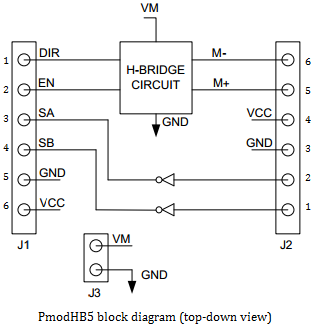 Any external power applied to the Pmod HB5 must be within 2.7V and 5.25V; however, it is recommended that Pmod is operated at 3.3V.

The schematics of the Pmod HB5 are available here.

Example code demonstrating how to drive and receive sensor feedback from the Pmod HB5 can be found here.

If you have any questions or comments about the Pmod HB5, feel free to post them under the appropriate section (“Add-on Boards”) of the Digilent Forum.