Eclypse is designed to enable high speed analog data capture and analysis. It is a platform for research and rapid prototyping of test and measurement applications, potentially including software-defined radio, ultrasound, other medical devices, and much more. As a host board for Zmods, applications for the Eclypse can vary significantly between system configurations.

This page is the resource center for the Eclypse Z7, where you will find all of Digilent’s support materials and documentation for the Eclypse, including fully open and customizable hardware designs, baremetal software examples, and Linux images. 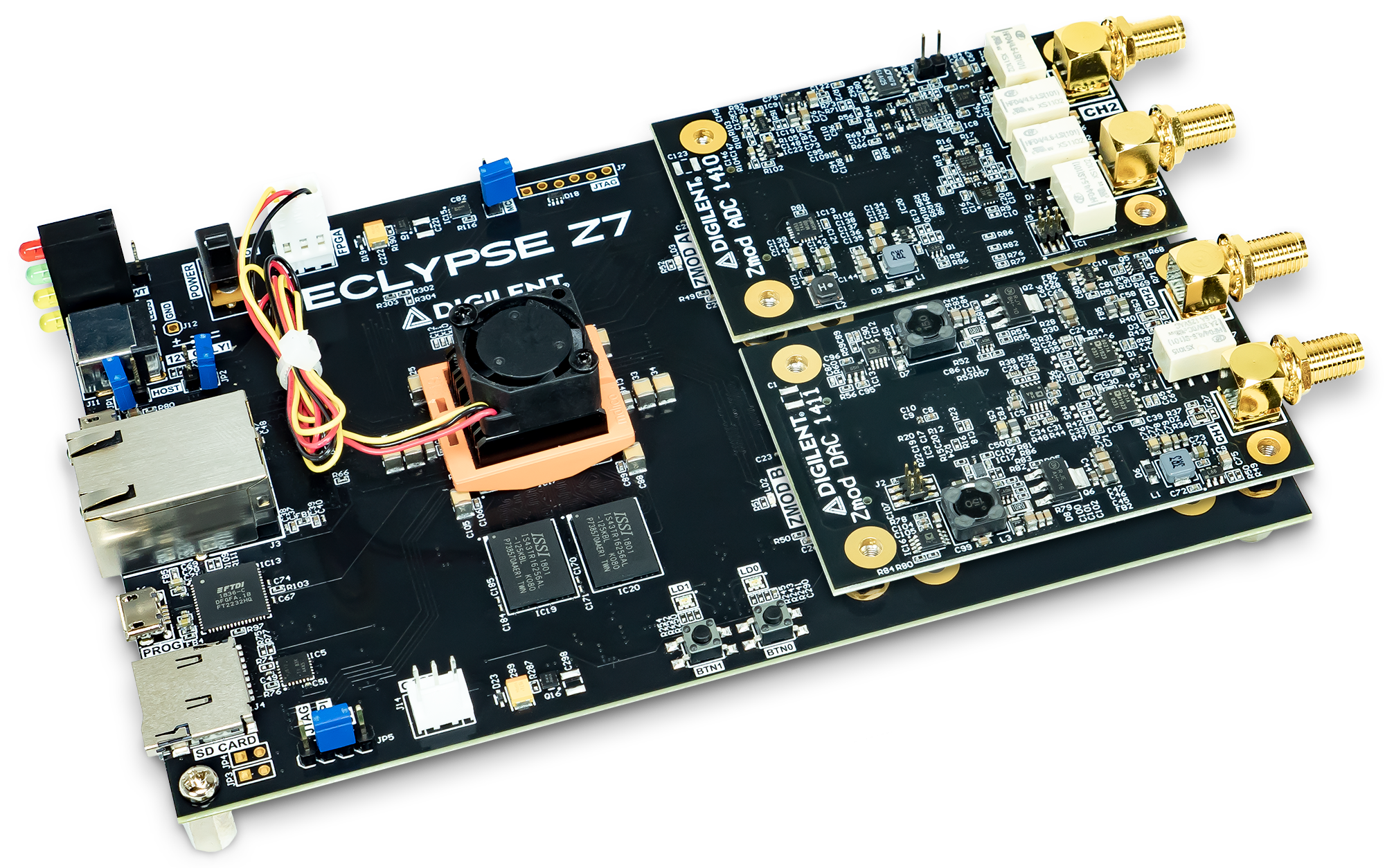 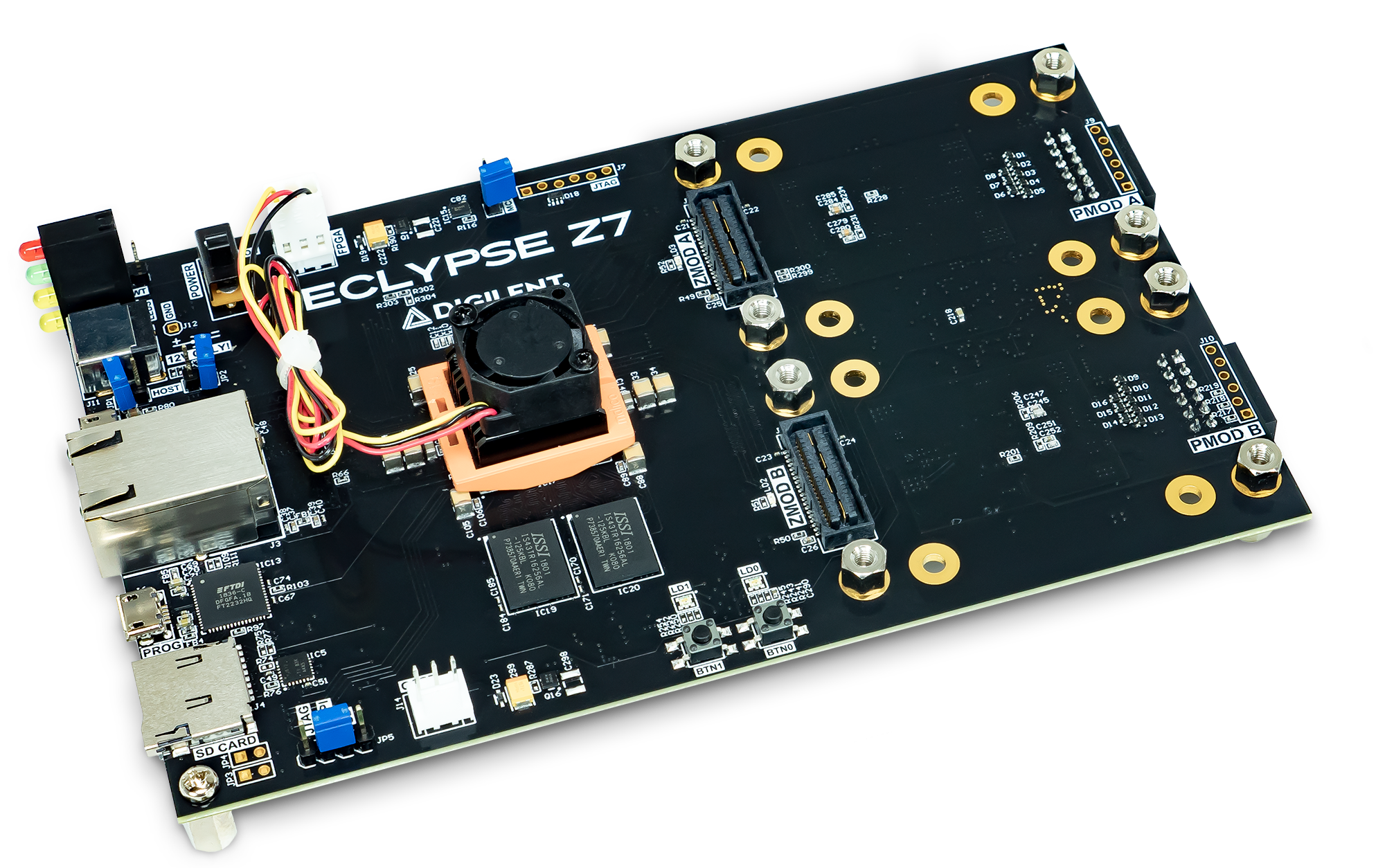 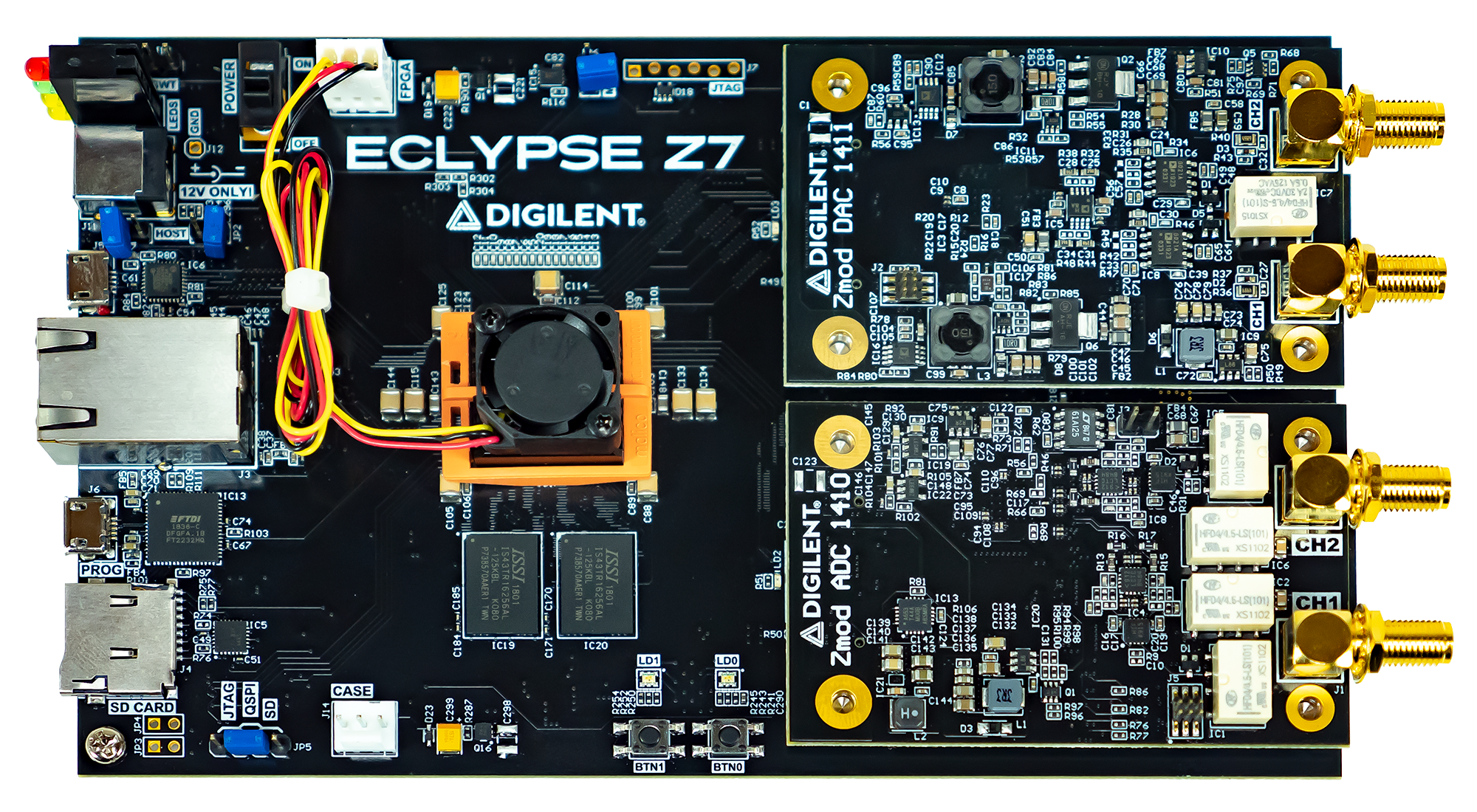 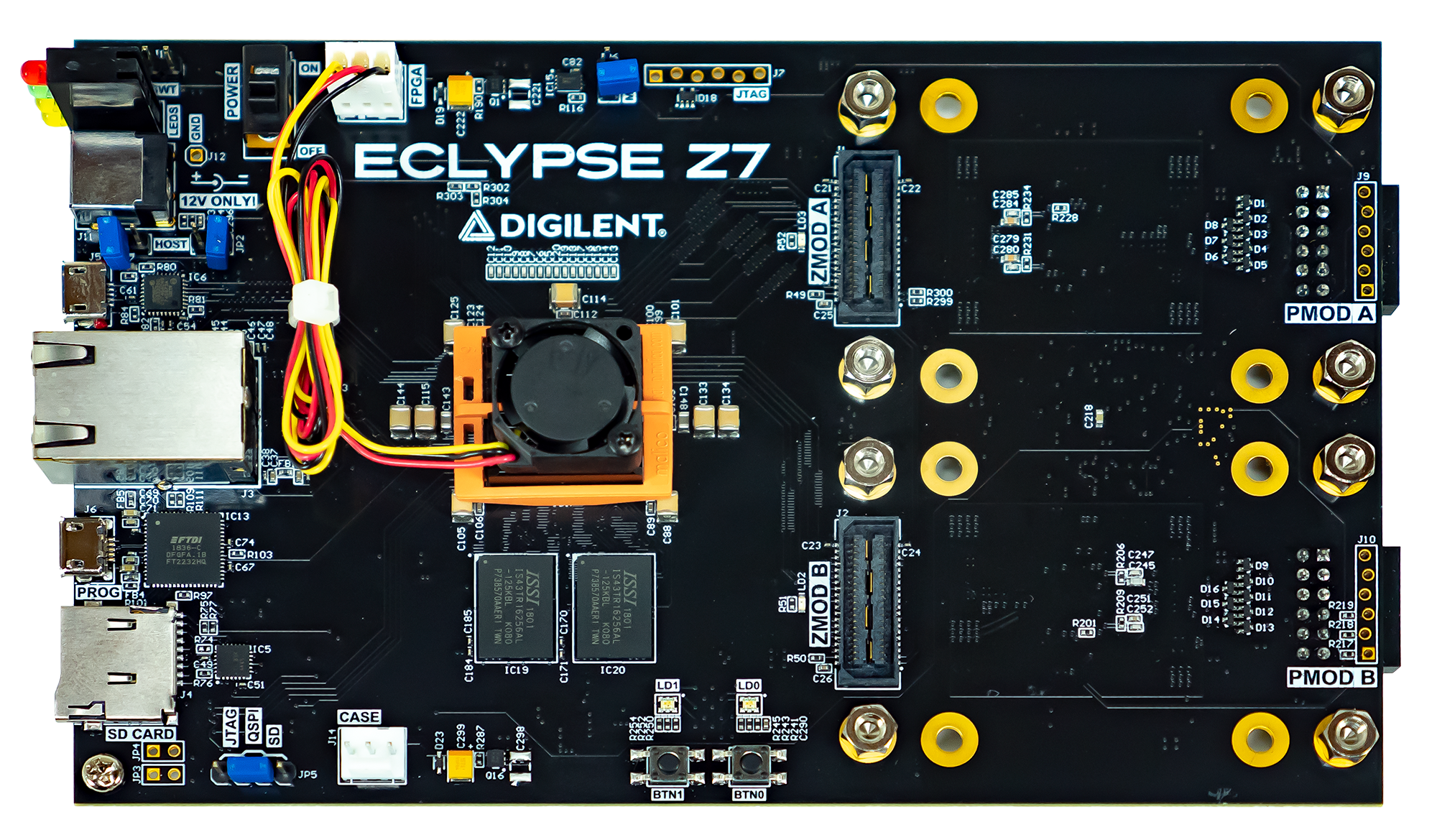 Important: The Eclypse Z7's tutorials, projects, and system images target Vivado 2019.1, Xilinx SDK 2019.1, and Petalinux 2019.1, and are not officially supported in other versions of Vivado.

As of the time of writing, two different versions of the Zmod IPs used to provide a hardware interface from the Zynq PL to the Zmods exist. These two versions have different pros and cons. In short, at the time of writing, the latest release supports all of the variants of the Zmod Scope but does not yet support Petalinux or Baremetal software projects, while the initial release fully supports software, but does not support variants of the Zmod Scope other than the 1410-105.

For a hardware-only project demonstrating their use, see the Eclypse Z7 Low-Level Low-Pass Filter Demo.

Additional Tutorials and Guides for the Eclypse Platform

resource-center
1)
The “SYZYGY™ ” mark is owned by Opal Kelly.