The Pmod NIC100 is retired and no longer available for purchase in our store.

The Digilent Pmod NIC100 (Revision B) is a standalone Ethernet Controller to provide Ethernet functionality to any system board. 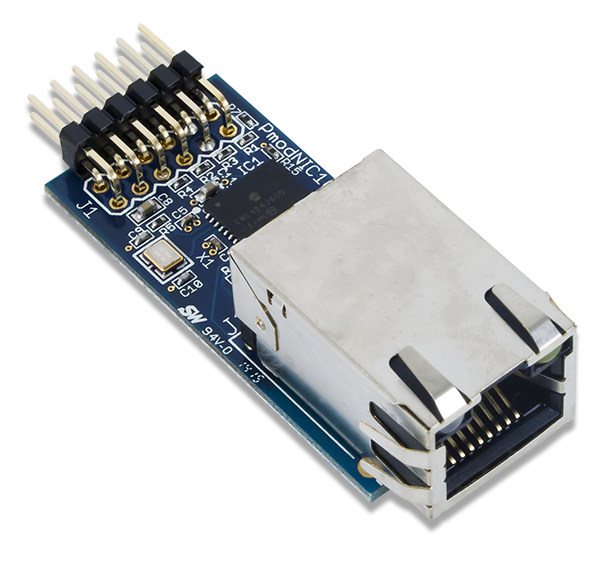 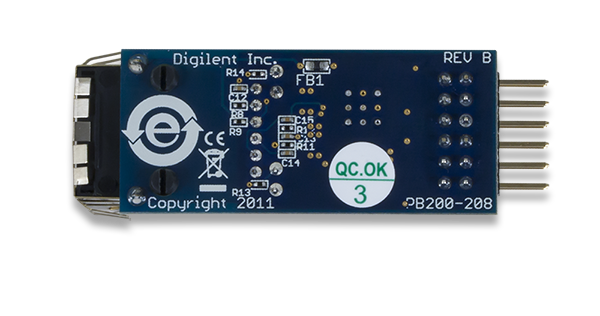 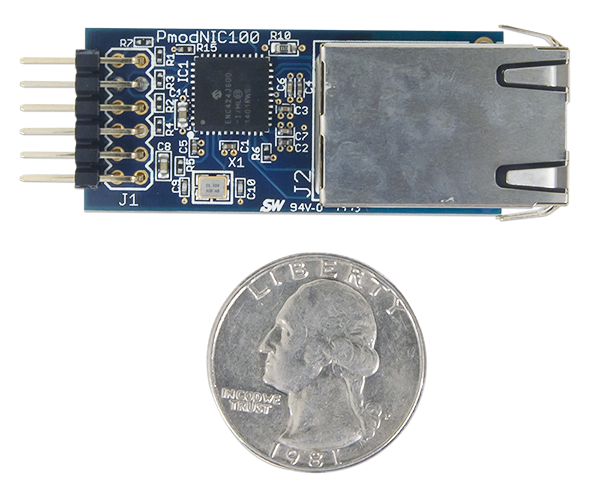 The Pmod NIC100 utilizes Microchip's ENC424J600 Stand-Alone 10/100 Ethernet Controller. By providing both MAC and PHY support, Ethernet functionality at data rates up to 10 Mbit/s is achievable for any system board.

The Pmod NIC100 communicates with the host board via the SPI protocol. Users may either use a pull-up resistor on the Interrupt/SPI Select (INT/SPISEL) pin to enable the SPI mode of the embedded chip. Users may then bring the Chip Select (CS) line to a logic low voltage state to initiate communication with the Ethernet Controller. Alternatively, users may use a pull-down resistor on the pin INT/SPISEL pin to place the module into Parallel Slave Port Interface mode.

Note that this Pmod only provides the hardware at the physical layer (PHY) and the media access control (MAC) for a network interface. Users must provide their own protocol stack software (such as TCP/IP). Digilent provides a set of libraries providing Ethernet support that is available in the Pmod NIC100 Resource Center. As this library uses some of Microchip's software, users must first agree to Microchip's terms of use; hence the lack of an indirect download.

Any external power applied to the Pmod NIC100 must be within 3V and 3.6V; however, it is strongly recommended that Pmod is operated at 3.3V.

The schematics of the Pmod NIC100 are available here. Additional information about the Ethernet Controller including communication modes and specific timings of the chip can be found by checking out its datasheet here.

Example code demonstrating how to get information from the Pmod NIC100 can be found here.

If you have any questions or comments about the Pmod NIC100, feel free to post them under the appropriate section (“Add-on Boards”) of the Digilent Forum.