The Digilent Pmod LVLSHFT (Revision B) is a digital logic level shifter. This module is ideal for users who want to supply logic signals following a 3.3V CMOS standard but have an alternate logic level output that is used for other applications such as JTAG programming. 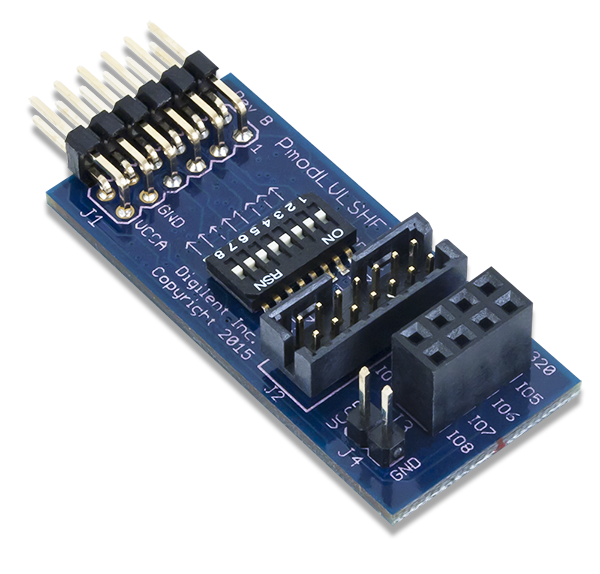 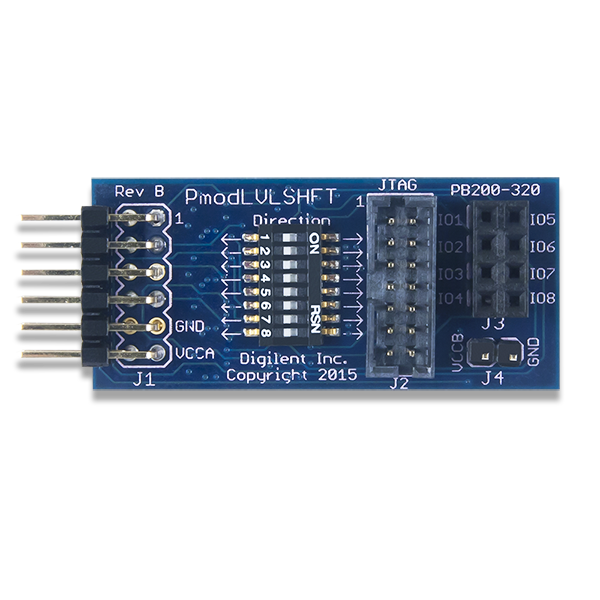 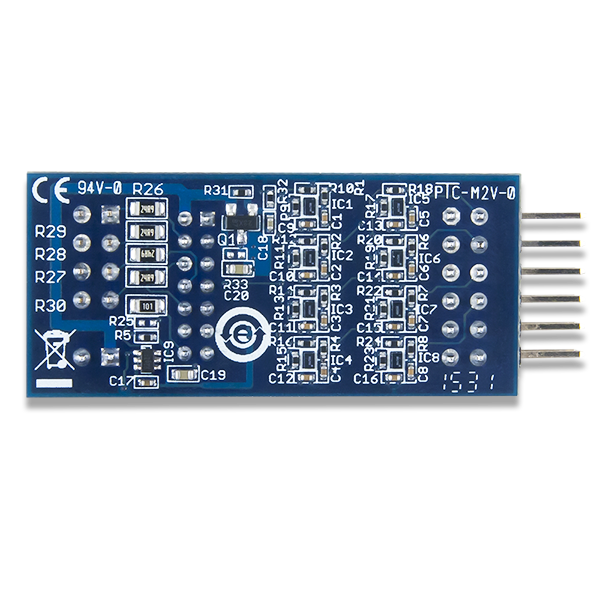 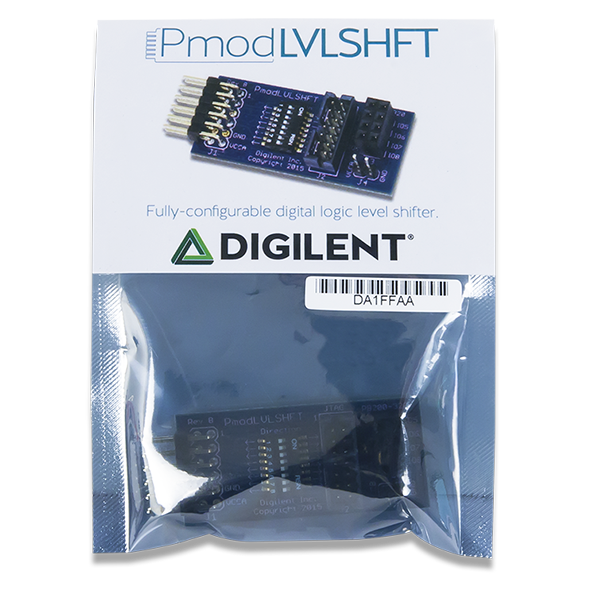 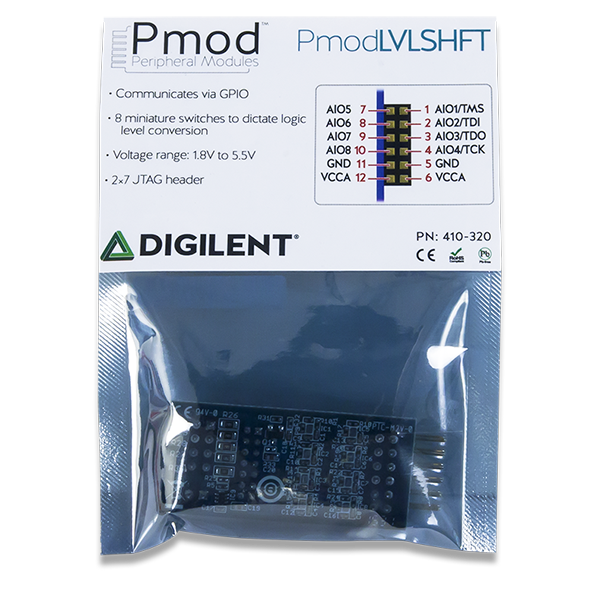 The Pmod LVLSHFT translates logic signals between two user supplied voltage levels. Users can use a small object such as a pen or a screwdriver to adjust the switches for the direction of the voltage translation.

The Pmod LVLSHFT communicates with the host board via GPIO. Users can supply any form of digital signals to either end of the Pmod and have them translated to the other voltage level. Switches are provided to indicate the direction of the voltage translation. A switch pushed to the left side (green) towards the pin header translates voltages from VCCB to VCCA; a switch on the right side (yellow) towards the JTAG header translates from VCCA to VCCB.

A pinout table for the Pmod LVLSHFT is provided below:

Any external power applied to the Pmod LVLSHFT must be within 1.8V and 5.5V.

As a passthrough module, there is no code available to properly demonstrate how to use the Pmod LVLSHFT.

If you have any questions or comments about the Pmod LVLSHFT, feel free to post them under the appropriate section (“Add-on Boards”) of the Digilent Forum.