The Digilent Pmod DA1 (Revision C) is an 8-bit Digital-to-Analog Converter module that can output up to four different analog signals simultaneously. This module is ideal for users who want to output a variable voltage signal but do not want to use up their system board's analog capable pins. 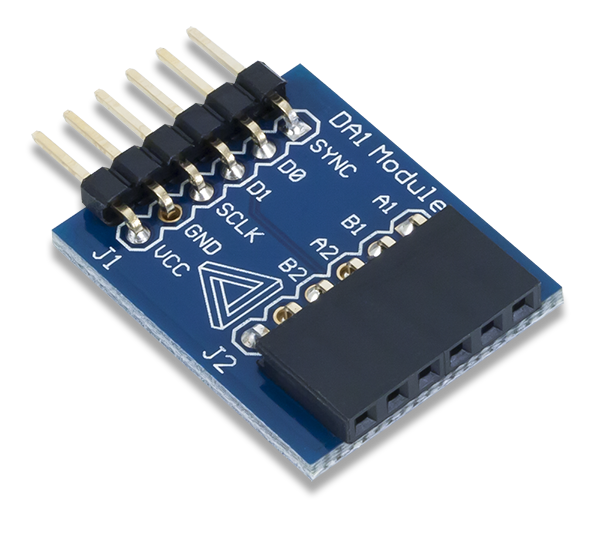 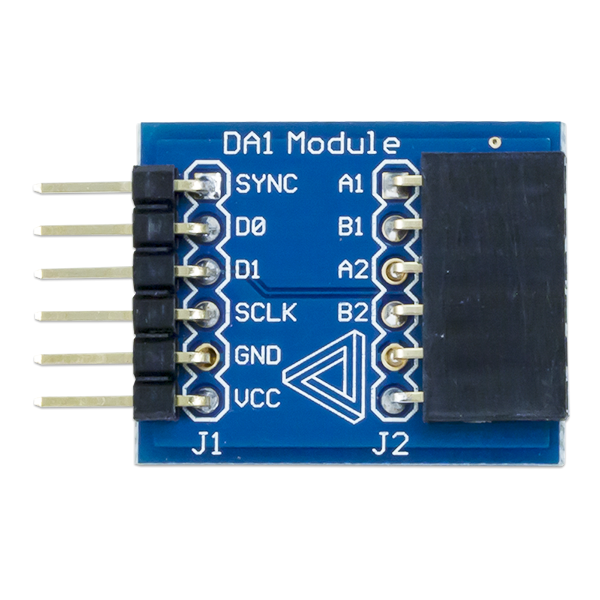 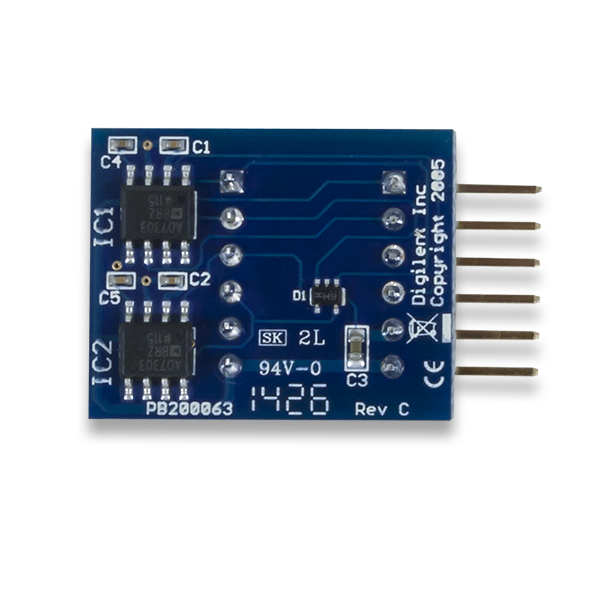 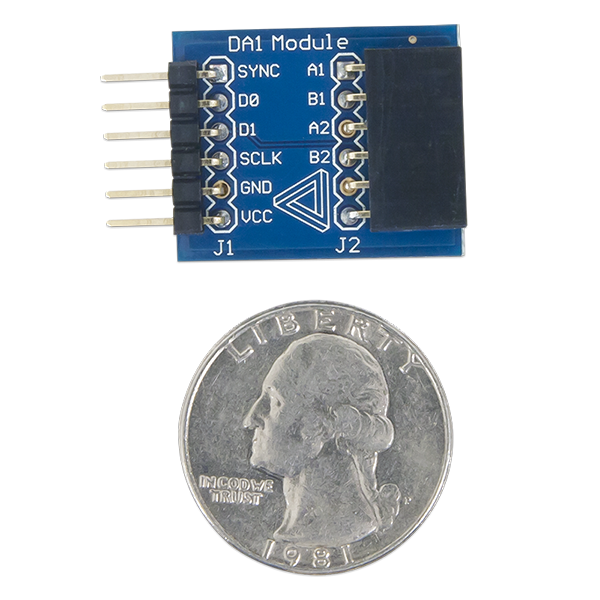 The Pmod DA1 converts an 8-bit digital input signal to a corresponding analog output voltage ranging from 0 to Vdd. Each of the two AD7303 on this Pmod have two 8-bit DACs allowing the user to select which DAC they want their stream of data to be passed through. Because each chip is double buffered, users may also choose to send two separate streams of data on an input and then update each of the corresponding outputs simultaneously.

The Pmod DA1 communicates with the host board via an SPI-like communication protocol. The difference between the standard SPI protocol and this protocol is manifested in the pin arrangement on this Pmod. A typical SPI interface would expect a Chip Select, a Master-Out-Slave-In, a Master-in-Slave-Out, and a Serial Clock signal. However, with the two DACs on this chip both of the data lines, MOSI and MISO, are designed to operate only as inputs, making them both Master-Out-Slave-In data lines.

The Pmod DA1 will receive its 8 bits of information from the system board through 16 clock cycles with first eight bits consisting of eight control bits and the remaining eight bits representing the 8 bits of the data with the MSB first. The each bit is received by the rising edge of the serial clock line. The function dictated by the first eight control bits is executed when the chip select line is brought high.

A pinout table and diagram for the Pmod DA1 are provided below: 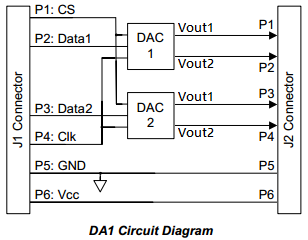 Note* The “~” signifies that the signal is active when driven low

Any external power applied to the Pmod DA1 must be within 2.7V and 5.5V; however, it is recommended that Pmod is operated at 3.3V.

Example code demonstrating how to get information from the Pmod DA1 can be found here.

If you have any questions or comments about the Pmod DA1, feel free to post them under the appropriate section (“Add-on Boards”) of the Digilent Forum.