The Digilent Pmod AD2 (Revision A) is a four channel, 12-bit analog-to-digital converter powered by the AD7991 from Analog Devices. 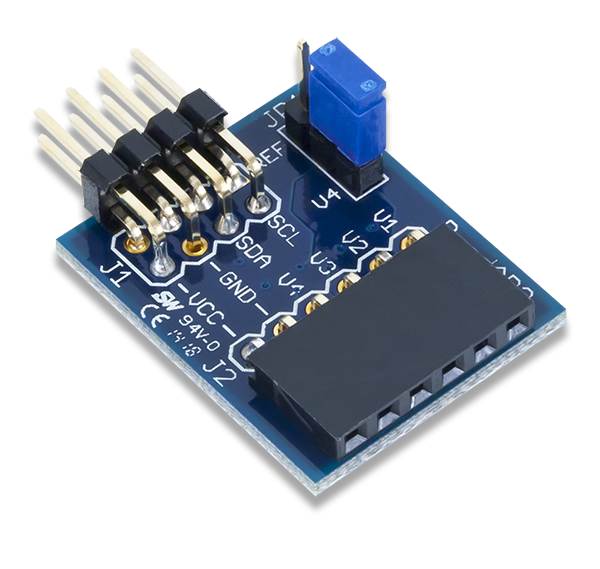 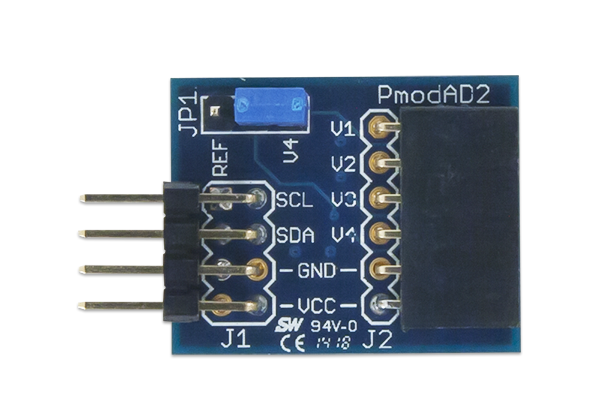 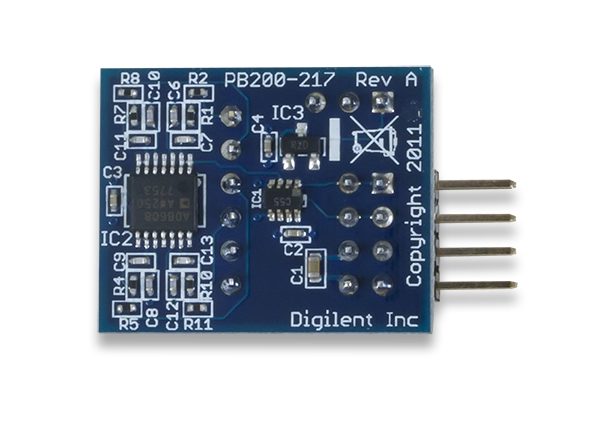 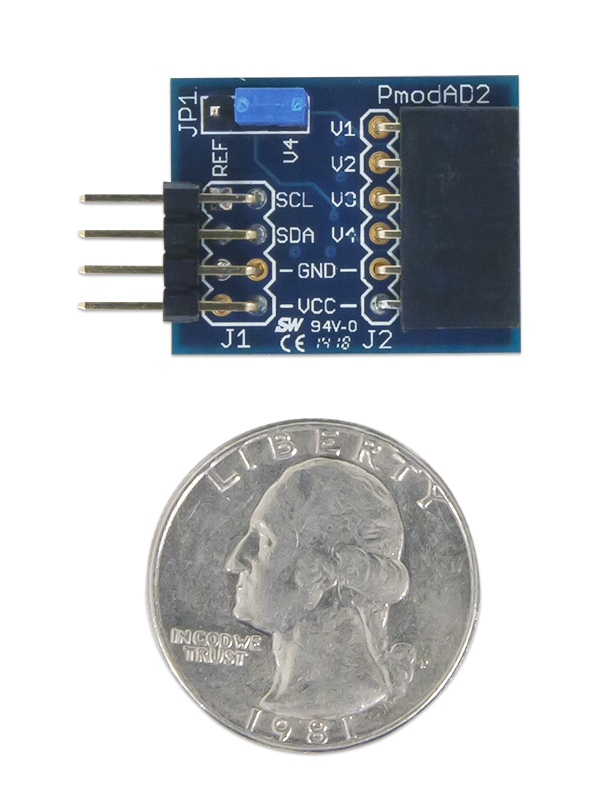 The Pmod AD2 communicates with the host board via the I²C protocol. System boards are able to call the Pmod by sending out the device address of 0b0101000 followed by the appropriate read or write bit. If a write bit is chosen, users may then configure the on-board chip to only use certain channels or may immediately start reading the 12 bits of data from the 16 bit data register if the read bit is sent.

Unlike other devices that use I²C no addresses are associated with these two registers; only the read/write bit at the end of the slave address distinguishes between the two registers. By default all four channels have analog-to-digital conversions performed on them sequentially with the supply voltage VCC acting as the voltage reference for the ADC.

Any external power applied to the Pmod AD2 must be within 2.7V and 5.5V; however, it is recommended that Pmod is operated at 3.3V.

The schematics of the Pmod AD2 are available here. Additional information about the ADC including communication modes and specific timings of the chip can be found by checking out its datasheet here.

Example code demonstrating how to get information from the Pmod AD2 can be found here.

If you have any questions or comments about the Pmod AD2, feel free to post them under the appropriate section (“Add-on Boards”) of the Digilent Forum.