WHEN WE last left our hero the Pmod JSTK, he had just encountered a rather eccentric creature in the swamplands known as the Digilent Kitchen Sink. The creature had introduced itself, and regaled the young Pmod with a tale of corruption and darkness that went far beyond typical teen angst. 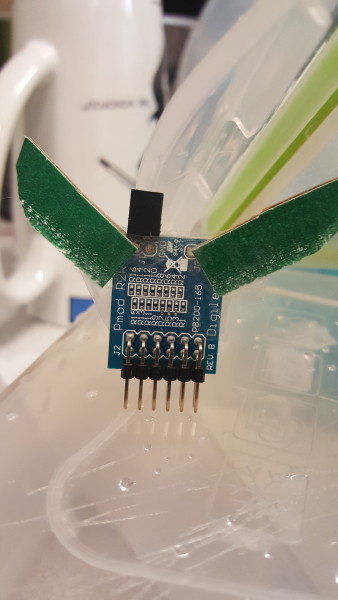 Afterwards, Pmod R2R had taken him in as his pupil, and they began his training, aimed to combat the growing evil and restore balance to the universe.

However, soon Pmod JSTK began to see disturbing flashes of light that seemed to be coming from a Pmod OLEDrgb. Premonitions of an alarming scene danced upon the 96 x 64 pixel display, depicting his friends in danger.

Against the wishes of Pmod R2R, Pmod JSTK abandoned his training to save his companions. But unbeknownst to our hero, he was being pursued and trapped by none other than the Pmod DA4. It seems that in the midst of the galactic turmoil, there had been whispers heard of “another” evolved Pmod, said to be emerging soon. Pmod DA4, intent on being the most advanced Pmod in the galaxy intended to capture Pmod JSTK, and suspend him in development before he could ever become the rumored Pmod JSTK2.

Pmod DA4 had tested his suspension/freezing method on a close friend of JSTK’s, the Pmod CON3. Then he turned the poor Pmod over to his bounty hunting arch-rival: Pmod HB3. Pmod HB3 and Pmod CON3 had long been in competition over who was the better choice for motor and servo control, with HB3‘s usual advantage being unparalleled power. And in this situation, despite Pmod CON3 allowing for more precision control, Pmod HB3 clearly had the upper hand. 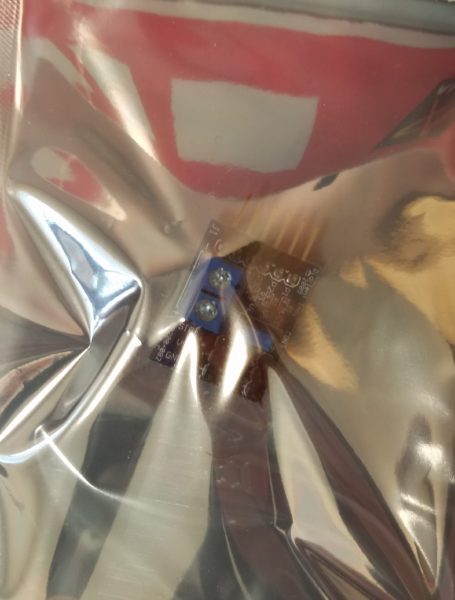 Pmod HB3 proceeded to deliver the captive to the notorious criminal, Jericho the Hutt in return for a bounty.

Blinded by youthful exuberance and fear from the vision, the Pmod JSTK rushed directly into DA4‘s trap hoping to rescue his endangered companions. DA4 confronted him, and they engage in a duel in which the powerful Pmod DA4 injures JSTK. DA4 then reveals to the beaten board that they are actually connected by their shared SPI protocol, and that since they are in the same Pmod family, JSTK’s evil destiny is inevitable.

Pmod JSTK rejects this notion outright, and makes his escape from DA4. Despite his disturbing discovery, he bravely puts aside his fears and set his sights on rescuing his friends.

Can Pmod JSTK do it? Or will he burn out under the pressure? Make sure to stay tuned for the thrilling conclusion of Pmod Wars, releasing tomorrow at 10:00 A.M. PST!