WE JOIN OUR HERO after his escape from the clutches of Pmod DA4. Despite the disturbing discovery of his familial lineage, he is determined to complete his mission and rescue his friends. He travels to the desolate planet of Pullman Wheatfield, to infiltrate Jericho the Hutt’s palace.

Jericho The Hutt was infamous across the galaxy for his shady underworld dealings, affinity for gambling, and complete unwillingness to use the restroom for strangers.

His prolific criminal career has yielded him a glamorous yet gluttonous lifestyle- he was as much rolling in the dough as he was dough-y rolls. His enormous girth was a byproduct of an insatiable appetite and despite his militaristic rule, not even his own subjects were safe from potential consumption by the sassy sentient sausage. And now he was in possession of the imprisoned Pmod CON3.

was not alone in his pursuit of the accordion-shaped overlord. Disguised as a helpful PowerBrick, Princess Pmod OLEDrgb had already gotten inside and proceeded to release Pmod CON3 from his restrictive packaging.

Unfortunately they are both soon recaptured by the treat-loving tyrant, enslaved, and sentenced to death.

But before the execution, Pmod JSTK arrives and a struggle ensues.  Pmod OLEDrgb disarms our favorite low-riding ringleader, while Pmod CON3 inadvertently knocks Pmod HB3 into a deadly pit, a grisly conclusion to their long-term rivalry.

However our hero’s troubles are far from over, as no corner of the galaxy or Digilent Offices is free from Pmod DA4’s scheming plans. So they opt to head straight to the heart of the evil, DA4’s infamous ship.

Upon arrival, they encounter DA4 and his troops, who capture the ragtag and relatively unprepared crew. Pmod JSTK pleads with Pmod DA4 to abandon his pursuit of power and the Channelers, to rejoin the noble Resolution.  But DA4 is unaffected, and takes him to meet the ultimate evil – Emperor Pmod ISNS20.

Originally intended as a simple current sensing module, Pmod ISNS20 combined an Allegro ACS722 Hall Effect current sensor with a 12-bit analog-to-digital converter from Texas Instruments. And through its unprecedented speed and accuracy, he quickly rose to incredible power. Now faced with the Pmod JSTK, he sees the young Pmods potential as the JSTK2…and attempts to lure him to the dark side. 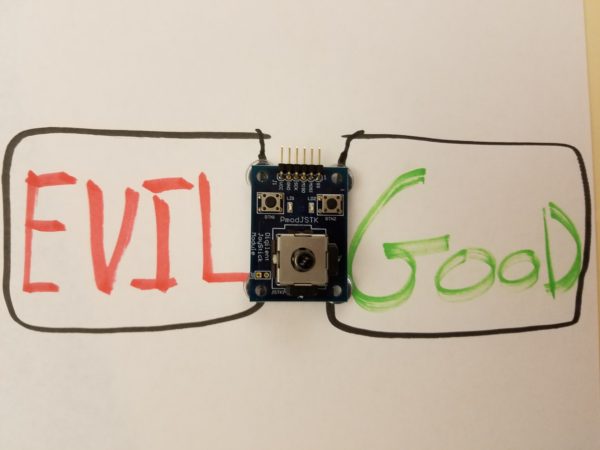 The Emperor’s offer is one of wickedness, but Pmod JSTK cannot help but listen. Listen to the Emperor, the Pmod DA4, the anger inside…

Upon recollection of his old master’s sentiment Pmod JSTK valiantly rejects the Emperor’s proposition. He battles Pmod DA4 and eventually destroys a component. But upon witnessing the damage he has done, he sees the disturbing parallels between them. He fears his upgraded self as Pmod JSTK2 will become just as morally warped as his father, and the continuous egging on of the Emperor for further violence was really not helping with his existential moral crisis.

In the end he refuses the Emperor, and in an act of inhumane evil and overall electronic negligence, Emperor Pmod ISNS20 chooses to mis-monitor the power supply. This coupled with his removal of his over-current protection delivers to Pmod JSTK a torturous dose of current.

However in an unprecedant act of pure resolution , Pmod DA4 throws himself in the way of the lethal current to protect the Pmod JSTK. They say his capacity for resolution grew three sizes that day, but this is unlikely due to the inevitable constraints of fitting high-performing components onto a accessibly-sized yet affordable board.

Alas, one can at least be assured that DA4 found those remaining 12 bits of resolution. He deflected the direction of the current back onto the Emperor, successfully frying the hateful hardware. However DA4 was never designed to handle that much current, and is mortally wounded from his pure act. He then succumbed to his bricked components in the arms of weeping JSTK.

And in that moment, having made that choice, Pmod JSTK can feel his hardware upgrading… his design strengthening…as he becomes the Pmod JSTK2. 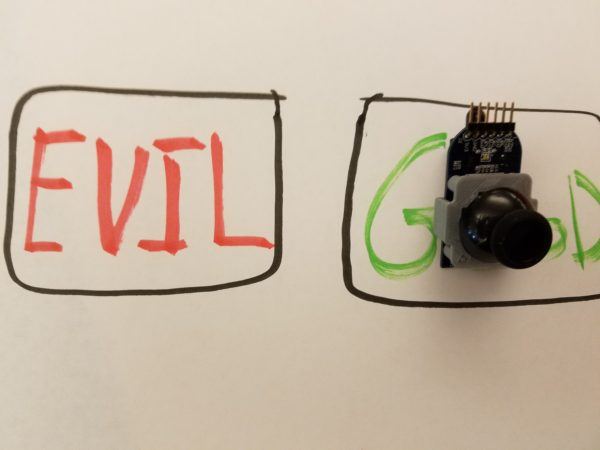 After destroying the deadly starship, our hero and his companions make their escape. However Pmod JSTK2 is still burdened with the events that had transpired. His friends attempt to comfort him.

Pmod OLEDrgb: “JSTK2, it’s not about the hardware on your PCB, it’s about what you decide to do with that hardware. Which direction you choose is up to you. You may share communication protocol with him, but that doesn’t define your applications.”

Pmod OLEDrgb: “In truth, I also am in the SPI family- but I have chosen to focus my life, my power on the Resolution. My 16 bit color resolution and graphical display can show off more than graphs, full-color pictures and text. It can show you what you truly are capable of. And I believe that is bringing balance to this universe.”

2 Comments on “Pmod Wars III: Return Of The Jericho”