The Joint Test Action Group (JTAG)-HS2 programming cable is a high-speed programming solution for Xilinx field-programmable gate arrays (FPGAs). The cable is fully compatible will all Xilinx tools and can be seamlessly driven from iMPACT, Chipscope, and EDK. The HS2 attaches to target boards using Digilent’s 6-pin, 100-mil spaced programming header or Xilinx’s 2×7, 2mm connector and the included adaptor. 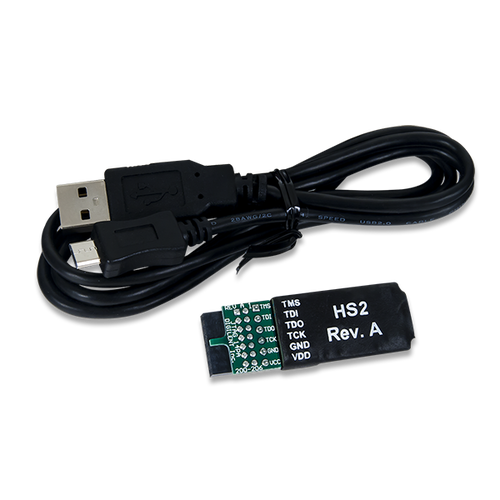 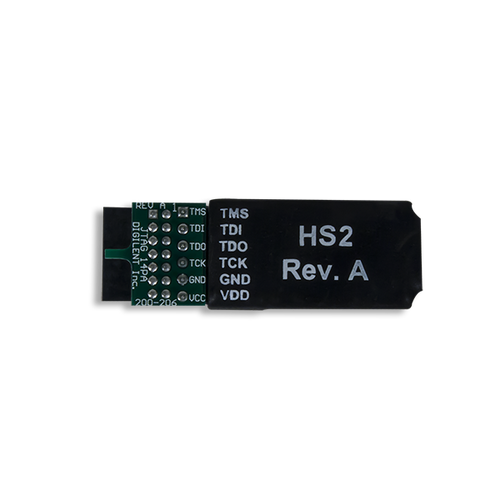 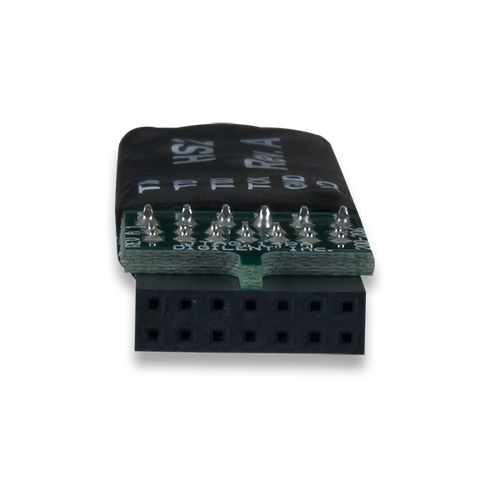 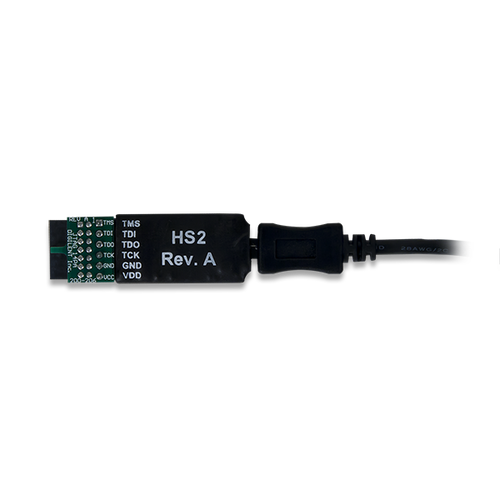 The PC powers the JTAG-HS2 through the USB port and will recognize it as a Digilent programming cable when connected to a PC, even if the cable is not attached to the target board. The HS2 has a separate Vdd pin to supply the JTAG signal buffers. The high speed 24mA three-state buffers allow target boards to drive the HS2 with signal voltages from 1.8V to 5V and bus speeds of up to 30MBit/sec. (See figure 1) To function correctly the HS2’s Vdd pin must be tied to the same voltage supply that drives the JTAG port on the FPGA.

The JTAG bus can be shared with other devices as systems hold JTAG signals at high-impedance except when actively driven during programming. The HS2 comes included with a standard Type-A to Micro-USB cable that attaches to the end of the module opposite the system board connector. The system board connector should hold the small and light HS2 firmly in place. (See figure 2) 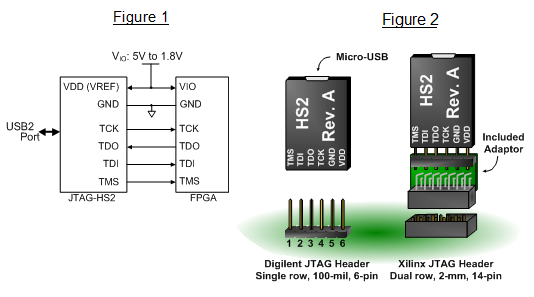 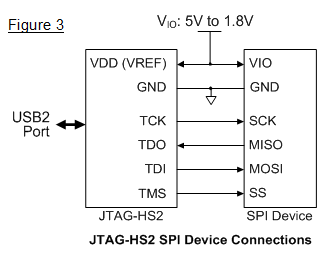 In addition to supporting JTAG, the JTAG-HS2 also features two highly configurable Serial Peripheral Interface (SPI) ports that allow communication with virtually any SPI peripheral. Both SPI ports share the same pins and only one port may be enabled at any given time. (See figure 3) The table in figure 4 summarizes the features supported by each port. The HS2 supports SPI modes 0, 1, 2, and 3.

The JTAG-HS2 supports several scan formats including; the JScan0-JScan3, MScan, and OScan0 - OScan7. It is capable of communicating in 4-wire and 2-wire scan chains that consist of Class T0 – T4 JTAG Target Systems (TS). (See Figure 5 & 6)

The JTAG-HS2 uses high speed three-state buffers to drive the TMS, TDI, and TCK signals. These buffers are capable of sourcing or sinking a maximum of 50 mA of current. The HS2 has 100 ohm resistors between the output of the buffers and the I/O pins to ensure the cable does not exceed the maximum limit. To further limit short circuit current additional resistance may be placed in series with the I/O pins of the HS2 and the target board. However, Digilent recommends limiting the amount of additional resistance to 100 ohms or less as higher resistance may result in degraded operation.

The IEEE 1149.7-2009 specification requires any device that functions as a Debug and Test System (DTS) to provide a pull-up bias on the TMS and TDO pins. In order to meet this requirement, the JTAG-HS2 features weak pull-ups (100K ohm) on the TMS, TDI, TDO, and TCK signals. While not strictly required, the pull-ups on the TDI and TCK signals ensure that neither signal floats while another source is not actively driving them.

A drive conflict may occur when the HS2 and TS disagree on the current scan format setting or bit period. In the event that a drive conflict occurs, the 100 ohm resistor between the TMS buffer and output pin will limit the maximum current to 50 mA to prevent any damage from occurring to the JTAG-HS2. The drive conflict may be resolved by having the JTAG-HS2 perform a reset escape, which will reset the scan format of the TS to JScan0/JScan1. If the TMS pin of the TS is not capable of sourcing or sinking VDD (VREF) ÷ 100 amps of current then an additional resistor should be placed in series with the TMS pin of the TS to further limit current flow.

In most cases a drive conflict can be avoided by having applications that use the HS2 communicate with the TS in two wire mode. Use the applications to reconfigure the TS to use the JScan0, JScan1, JScan2, or JScan3 scan format prior to disabling the HS2’s JTAG port. 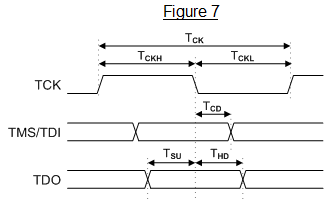 The JTAG-HS2 JTAG signals and SPI operate according to the timing diagram in Figure 7. The HS2 supports TCK frequencies from 30 MHz to 8 KHz at integer divisions of 30MHz from 1 to 3750. Common frequencies include 30MHz, 15MHz, 10MHz, 7.5MHz, and 6HMz. (See Figure 8)

The JTAG-HS2 is capable of targeting the following Xilinx devices:

The following devices cannot be targeted by the JTAG-HS2:

Remote device configuration is not supported for the JTAG-HS2 when used with Xilinx’s iMPACT software. Note: Please see the “Introduction to Indirect Programming – SPI or BPI Flash Memory” help topic in iMPACT for a list of supported FPGA/PROM combinations. Note: Please see the “Configuration Memory Support” section of Xilinx UG908 for a list of the FPGA/PROM combinations that Vivado supports.