The Digilent Pmod SD (Revision B) allows system boards to read from and write to SD cards. With no limitation on the file system or memory size of the SD card, users will be able to store and access large amounts of data from their system board. 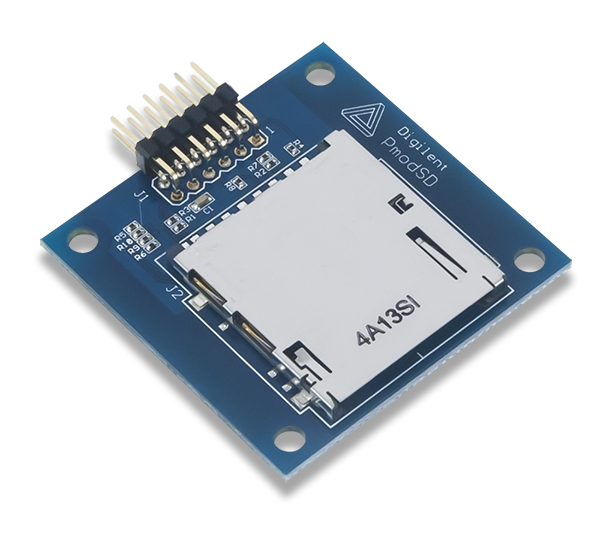 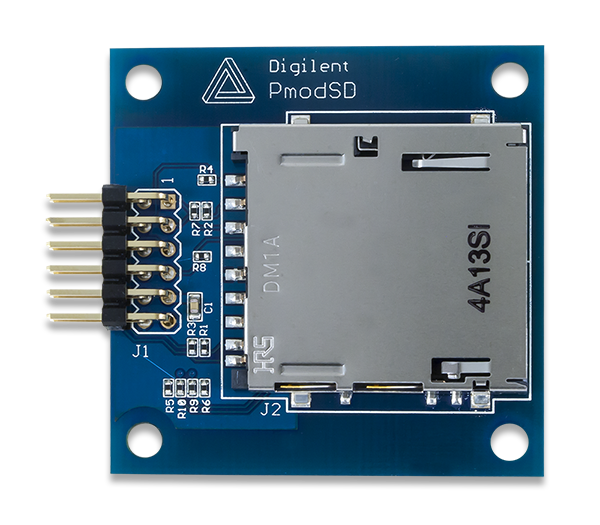 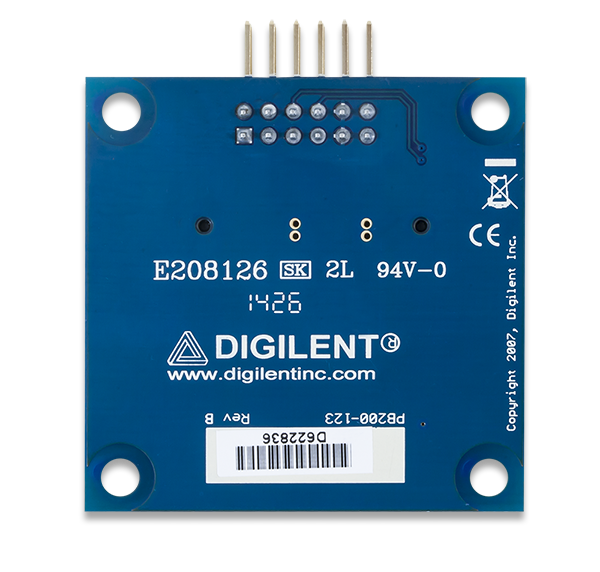 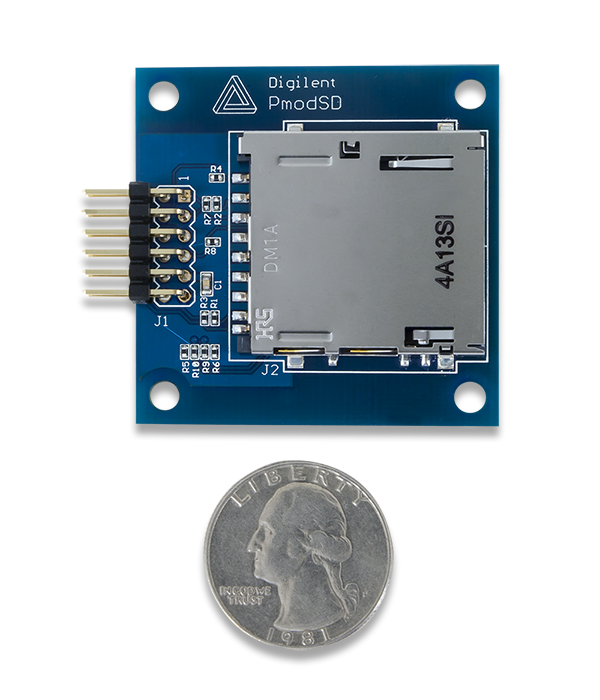 The Pmod SD is a great way to store and access information on a device that can then be accessed by outside devices such as a phone or computer.

The Pmod SD is designed to communicate with the host board primarily through the SPI protocol. By default, the SD card itself is defined to boot up in SD mode, but will enter into SPI mode when the Chip Select line is pulled low. The actual technique of writing to and reading from specific locations on an SD goes beyond the scope of this document, but the complexity of the process is nicely abstracted away within the chipKIT SD library. 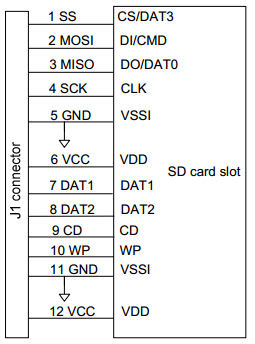 A pinout description table and diagram for the 2×6 pin header on the Pmod SD can be found below:

NOTE: We have identified a small print error on the packaging of this product. The above pinout is correct.

Any external power applied to the Pmod SD must be within the specifications of the inserted SD card. As determined by the SD card association, this voltage range must be within 2.7 to 3.6 volts. The 3.3 operating voltage on Digilent system boards nicely complies with this standard.

The schematics of the Pmod SD are available here. Additional information about the standard SD protocol can be found from the SD Card Association here in the Physical Layer Simplified Specification (Version 4.0)

The open source Arudino IDE software comes pre-loaded with an SD library that can be used to interface the Pmod SD with microcontroller boards.

If you have any questions or comments about the Pmod SD, feel free to post them under the appropriate section (“Add-on Boards”) of the Digilent Forum.