The Digilent Pmod DA3 (Revision B) is a 16-bit Digital-to-Analog converter with an SMA connector for high resolution and low noise analog output. 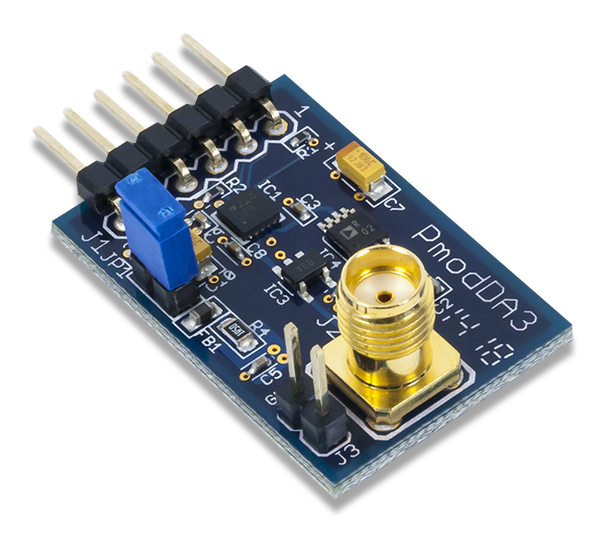 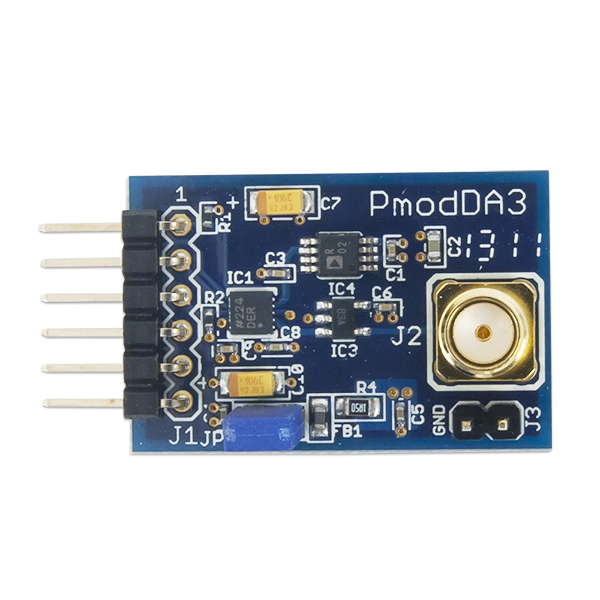 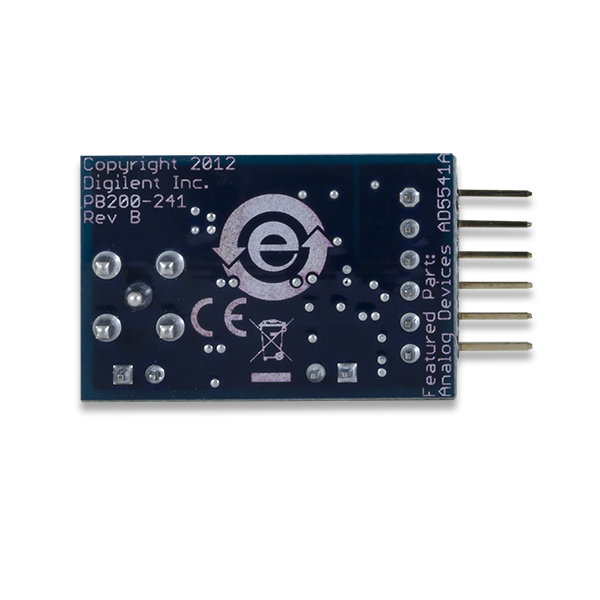 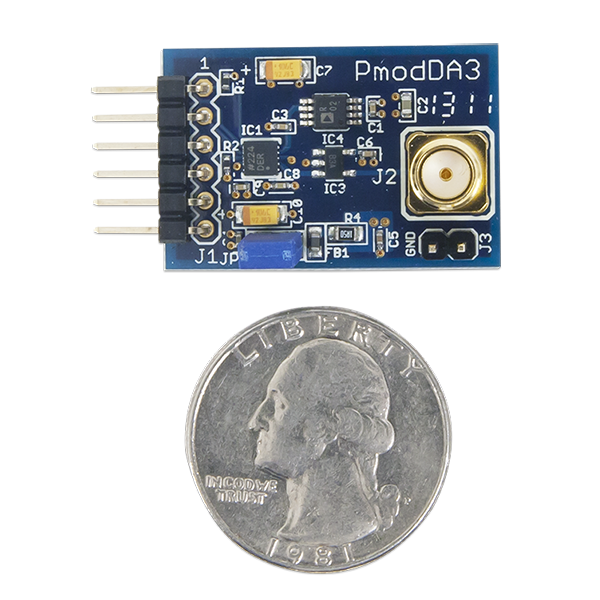 The Pmod DA3 communicates with the host board via a SPI-like protocol. This interface is different than the traditional SPI protocol in the fact that the pin normally designated to the host receiving data (MISO), is now used for a Load DAC (LDAC) function so that the output of the DAC can be updated immediately once the module is loaded with the incoming 16 bits of data.

When all of the data has been latched into, i.e. prepared for, the internal serial input register, bringing the CS line back to a logic level high voltage will transfer all of the data from the shift register to the serial input register if LDAC is at a high voltage state. Pulsing the LDAC pin low and then high will asynchronously transfer all of the data into the DAC register, resulting in the appropriate analog voltage on the SMA connector. Alternatively, users may hold the LDAC pin at a logic level low voltage when bringing the CS pin high to directly transfer the data from the shift register to the DAC register.

Any external power applied to the Pmod DA3 must be within 2.7V and 5.5V; however, it is recommended that Pmod is operated at 3.3V.

The schematics of the Pmod DA3 are available here. Additional information about the DAC including communication modes and specific timings of the chip can be found by checking out its datasheet here.

Example code demonstrating how to get information from the Pmod DA3 can be found here.

If you have any questions or comments about the Pmod DA3, feel free to post them under the appropriate section (“Add-on Boards”) of the Digilent Forum.