The Digilent Pmod 8LD (Revision B) has eight high-brightness LEDs that are driven by logic-level transistors so that each LED can be individually illuminated from a logic high signal. 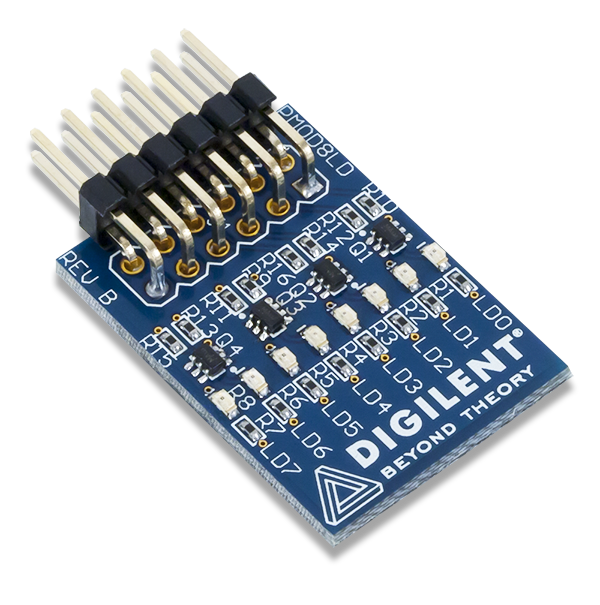 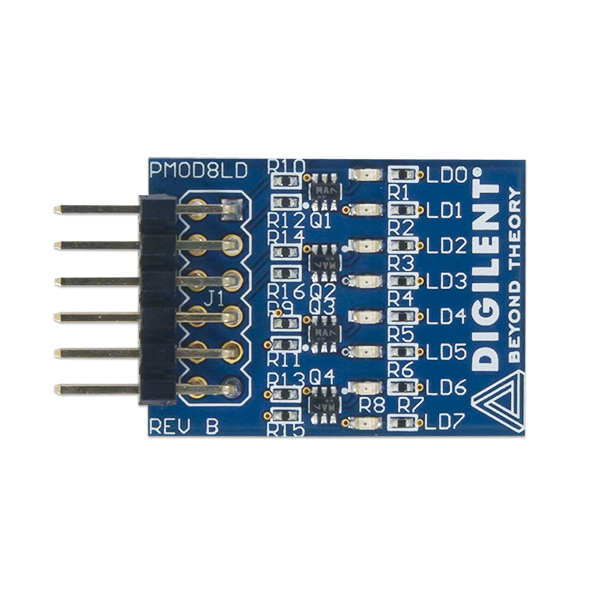 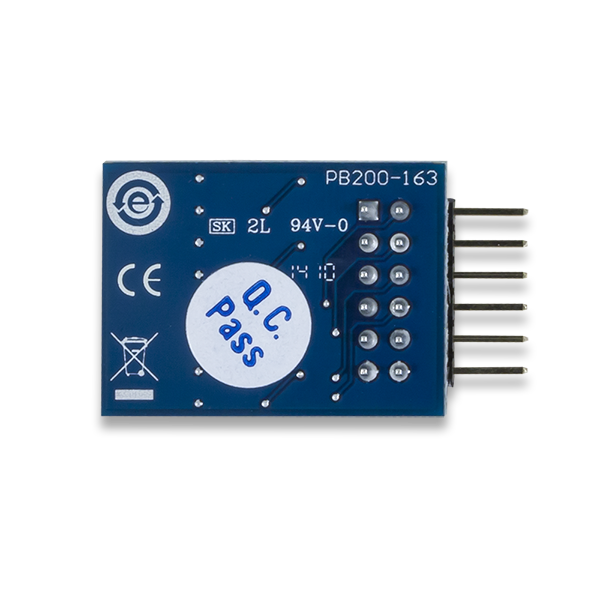 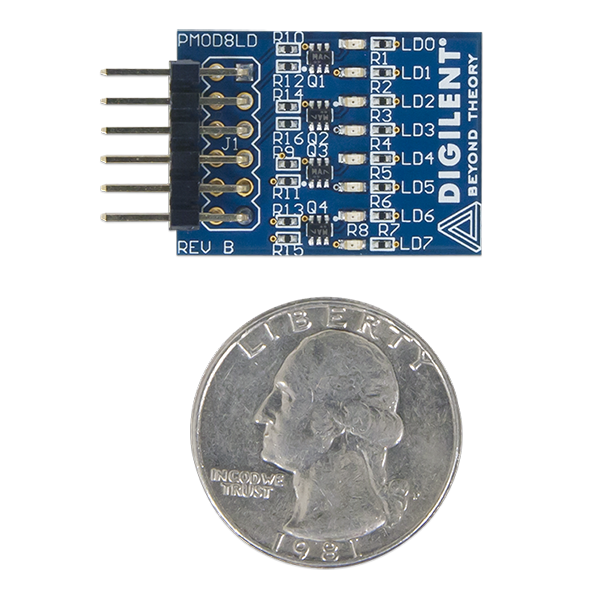 The Pmod 8LD utilizes individual transistors so that each LED can be turned on or off independently. In order to activate an LED, the associated pin on the pin header must receive about 1mA of current.

The Pmod 8LD communicates with the host board via GPIO pins. Correspondingly, to turn a particular LED on, the pin must be driven to a logic high state and driven to a logic low state to turn a LED off. With the parallel arrangement of these LEDs it is possible to turn on (or off) multiple LEDs simultaneously.

A pin description and diagram are provided below.

The schematics of the Pmod 8LD are available here.

Example code demonstrating how to get information from the Pmod 8LD can be found here.

If you have any questions or comments about the Pmod 8LD, feel free to post them under the appropriate section (“Add-on Boards”) of the Digilent Forum.