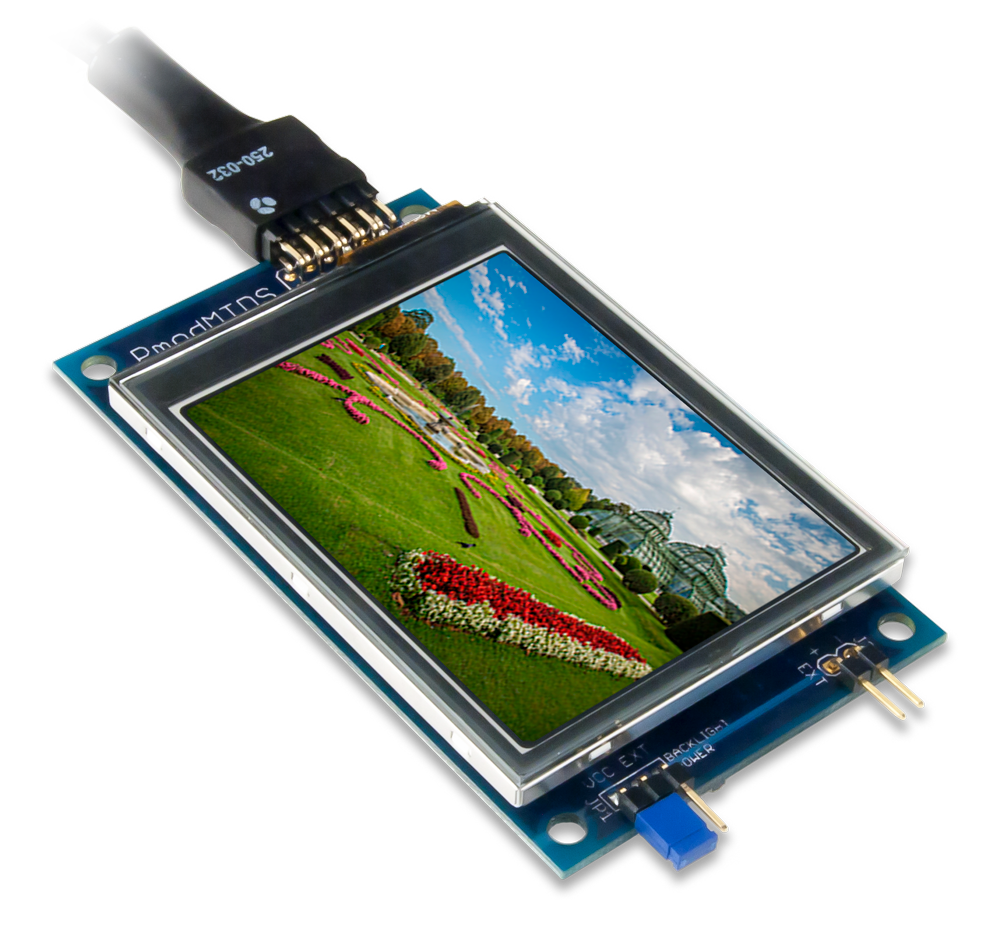 About two months ago we announced the the Digilent Multi-Touch Display Shield with the promise that the Pmod version was around the corner. And here it is!

Just like the Multi-Touch Display Shield, the Pmod MTDS is a gorgeous 2.8″ touchscreen display with a powerful on-board microcontroller that performs graphics processing tasks. It is identical to the shield version in all ways other than the connector, and therefor the pinout. The Pmod MTDS has a Pmod connector of course, and follows the Digilent Pmod Interface Specification 12-pin SPI standard.

The Multi-Touch Display System (MTDS) is a firmware/library combination that brings a revolutionarily simple experience to the process of designing embedded user interfaces (UI’s) on touchscreen displays. The firmware comes factory-loaded on the Display Platform’s processor, and the library runs on the host platform, providing the application designer with an intuitive API. The above image diagrams the hardware and software involved in a typical MTDS setup. The yellow blocks represent the MTDS software, the green block represents the user software, and the blue arrows represent hardware connections. Host libraries are currently available for Arduino IDE and Xilinx SDK.

As detailed in the previous post, the firmware plus libraries allow you to design sleek, stylish user interfaces very quickly and with very little code.

To get started with Arduino IDE or MPIDE, go to the Multi-Touch Display System wiki page and download the Arduino package available in the Latest Downloads section and follow the included Quickstart.txt guide.

To get started with Xilinx SDK on your Digilent FPGA platform, follow the Using Pmod IPs tutorial and use the Pmod MTDS IP core. This is the appropriate core to use whether designing with the shield or the Pmod. For more detailed instructions, see the MTDS wiki page, linked above.

For any questions please comment below or visit the Digilent Forum and post under the add-on boards section.