Everyone likes it when a task is made easier. Reflow ovens are a big help in facilitating production of PCBs with surface-mount components. One team made a reflow toaster oven! A couple of weekends ago, Digilent sponsored the WSU-hosted Hardware Hackathon. We’re excited to show you more of the amazing projects students came up with. Students had 24 hours to complete their projects. This was posted on Instructables by mwingerson on behalf of his team.

Marshall explains that they would hopefully use “a microcontroller [to] detect the current temperature and modulate a relay to turn on the oven fast enough to cause solder paste to correctly bond to the PCB and components.” To make your own reflow oven, you’ll need an old infrared toaster oven, a 120 V solid state relay, a chipKIT MX3 microcontroller board, a Digilent Thermocouple Pmod with library (PmodTC1), a Digilent USB to UART Pmod (PmodUSBUART), a Digilent Connector 1 Pmod (PmodCON1), and a Raspberry Pi with Raspbian. 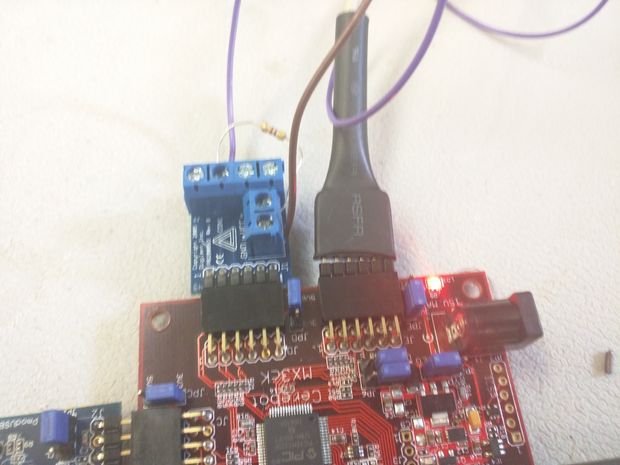 After selecting a toaster oven, install the relay. Then, install the thermocouple (PmodTC1). Connect the microcontroller to the oven and the various Pmods, and then install the libraries. Do a test run, and you should be good to go!

Check out this useful project, and stay tuned for more!

I was the Digilent blog editor, and now I'm a contributor. I love learning about wearables and writing about social issues in STEM. Outside of work, I can be found watching Netflix with my cat, working on an art project, or trying to find new, delicious local foods.

View all posts by Amber Mear →

2 Comments on “Projects from the Hardware Hackathon: Reflow Toaster Oven”