This was my first year at Embedded World 2017 in Nurnberg, Germany, and compared to the intimate educational shows I usually attend, it basically felt like Las Vegas. It was such sensory overload that all I saw the entire first day was basically bright colors and lots of free coffee offered by private waitresses to lure you into various booths (yes, private waitresses). Without a clear mission on day one, I just couldn’t make sense of the onslaught of information.

But after taking the evening to digest my day 1 experience (along with ample German sausages), I returned with a singular focus on day 2. As the Pmod Product Manager, I made it my mission to go on a bit of a Pmod scavenger hunt. How many booths and companies were using Pmods? The answer…a lot! Here are some highlights.

Pmod at the Arrow booth

Pmod at the Renesas booth

Pmod at the Maxim Integrated booth

Pmod at the Avnet booth 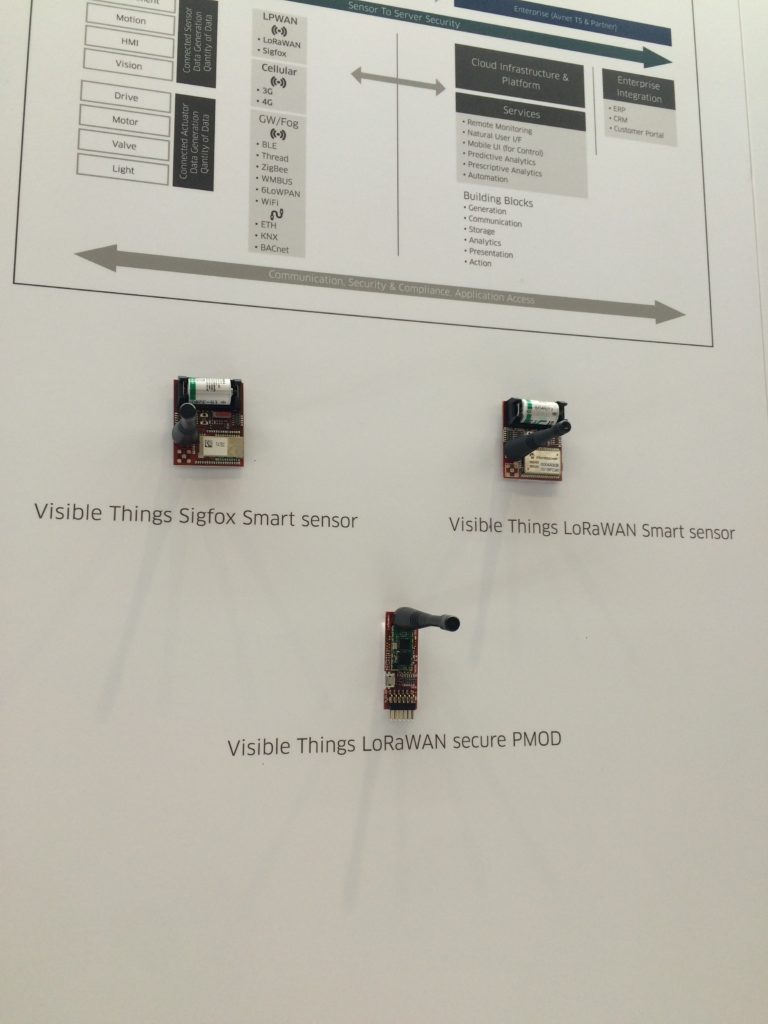 It was really fun to walk around and see in person how many different places around the world the Digilent Pmod spec is used. What’s listed above are just a few of the many examples that were displayed. From industrial applications, to analog, to reprogrammable flash, to IoT and secure communication (and more), it was great to see the embedded world making use of the utility and flexibility of the Pmod Standard.