In 2010 Digilent released our first Wi-Fi Pmod, the Pmod Wi-Fi, which used a roving network Wi-Fi module and allowed users to develop their own TCP/IP stack. Although extraordinarily useful for teaching applications and people who want to control every aspect of the Wi-Fi stack, we had a lot of requests for us to find a stand alone solution that didn’t require low-level coding. So, we kept our eye out for a solution. I’m happy to announce that after years of looking, watching the market and developing partnerships with software solution vendors, we’ve finally developed that Wi-Fi solution. Introducing the Pmod ESP32, a low-cost, quick to get running, highly supported and easy to access all-in-one wireless module!

Simply put, it’s a wireless system on chip module from Espressif, put into a Pmod form factor. A system on chip (ESP-WROOM-32) is an entire chip system that is integrated into a single solderable module. The module contains a microcontroller connected to a 2.4 GHz radio that is capable of operating in Wi-Fi, Bluetooth and Bluetooth LE. 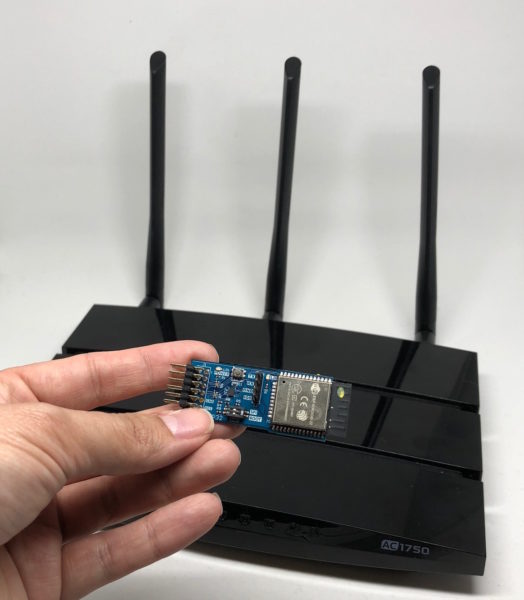 What makes the module so effective is the pre-loaded AT instruction set firmware. Unlike our Pmod Wi-Fi, the Pmod ESP32, doesn’t require the user to load or create their own network stack before using. A user just needs to plug in the Pmod, set the correct jumper settings and then write code on the host board to communicate over SPI or UART. These simple commands can do things such as configure, send and receive. Of course, a user could choose instead to re-program the onboard microcontroller with their own embedded communication stack, or use it as a standalone micro. However, the default configuration provides a working wireless system.

In addition to the pre-loaded firmware, there are a wealth of examples and resources available on the ESP32 that can be adapted to a user’s design. Digilent has example projects running both on the Basys MX3 (microcontroller based system) and the Arty S7 (FPGA). However, the most comprehensive IoT development experience can be found through Renesas’ Synergy platform (see graphic below). The Synergy platform is a development environment that gives a comprehensive suite of resources to a developer centered around getting a device connected to the cloud. These resources include software API’s, RTOS, application frameworks, functional libraries, middleware, drivers and board support packages. There are also several third party options that easily integrate, to help expand the capabilities offered. This means that a developer can take advantage by using the platform’s resources on parts of their project they don’t want to spent a lot of time on, focusing efforts where they want to instead. The Pmod ESP32 is a supported hardware platform! 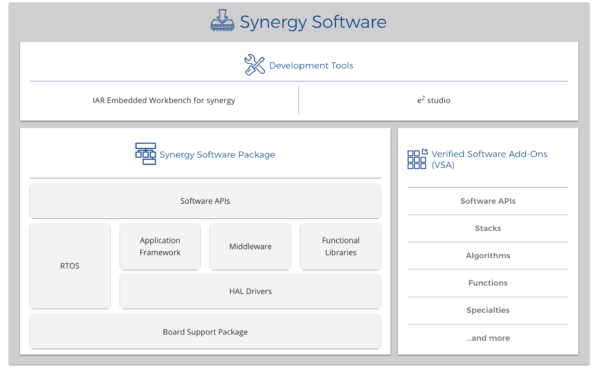 Who would use the Pmod ESP32? 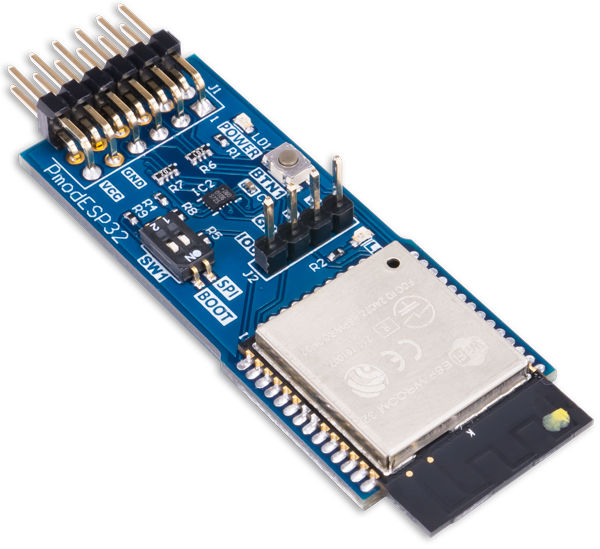 Anyone who wants to add wireless capabilities to their project! The Pmod ESP32 is simple enough that it can be connected to an Arduino project and talked to in a few lines of code, but capable enough to be part of a design requiring remote data for complex algorithm development. It can serve as a wire-replacement or be reprogrammed to collect data and send it over to a computer. The capabilities of this Pmod can fit into most design applications.

Head over to the Digilent store and the resource center to check it out!