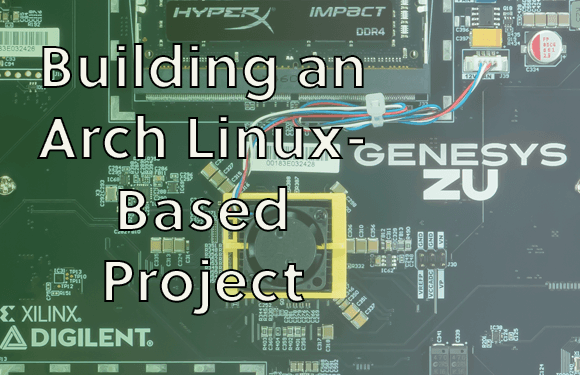 This paper will provide a step-by-step guide to build from ground up a Genesys ZU development board-based hardware and software project that is capable of running Arch Linux operating system (in theory any embedded ARM64 compiled Linux operating system can be used following this guide). All generated files are included and can be downloaded at the end of this guide. The development environment used to generate the example project was Vivado 2021.1, under Ubuntu Linux 20.4 LTS. Instructions on how to install Vivado under Linux and what licensing options are available can be found here.   of the hardware development can be done under Windows OS, however, the bootloader and Linux environment compilation requires a working Linux environment or the use of Windows Subsystem for Linux.

All attachments can be found at the links below:

The project has two major parts: the hardware platform generated in the Vivado environment and the software platform, partially (FSB, device-tree) generated by the Vivado tool or the Vitis IDE. Other software components, namely, the ARM Trusted Firmware, u-boot bootloader and the Linux Kernel needs to be compiled separately in a Linux environment using an ARM64 compiler (the Xilinx development environment contains the necessary compiler).