Yesterday we profiled Ella’s use of the PCB ruler to make a level measuring tool.

Today we will check out her extension- a sonar reader using sonar technology and RGB LEDS. She used the following materials for her project:

Her inspiration for the project came from trying to circumvent the limits of the ruler itself, and measure things longer than the ruler’s physical 6 inches. She chose to use the PmodMAXSONAR to accomplish this goal.

“The PmodMAXSONAR is a ultrasonic range finder with effective detection range of ~6 in – 255 in. It’s capable of reading measurements three ways at once – through UART, analog and PWM. In this project I use only the analog feature to record distance measurements.”

After designing the system and goals of the project, she set up the circuit: 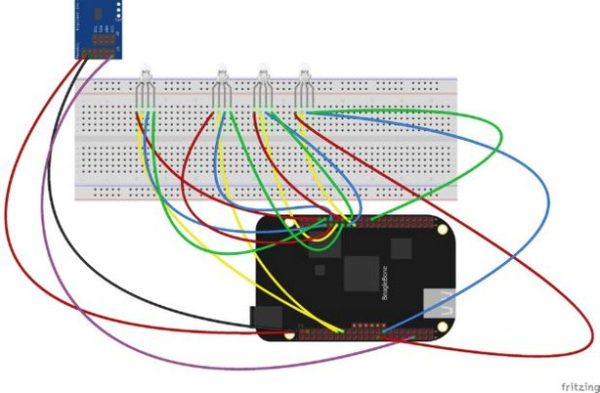 This cycle is set to continue for however far away the object is you’re trying to measure is. 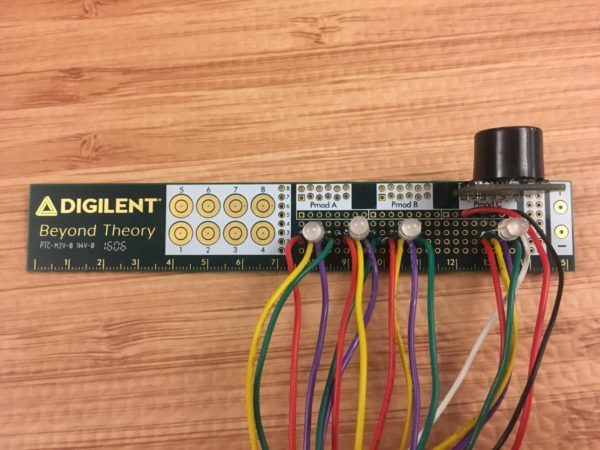 Her finished product was a pretty awesome measuring tool, with a lot of applications both in and out of the electronics workshop!