Introducing the Zybo Z7 Academic Pmod Pack! The Zybo Z7 is our newest Zynq-7000 ARM/FPGA SoC development board. It was designed to give the popular Zybo an update, and a few features have changed. Namely relevant to this post, the VGA port was removed and replaced with HDMI in and out. Luckily for those historically using the VGA port, we’ve made adding the Pmod VGA easy.

Not only is the Pmod VGA included in the Zybo Z7 Academic Pmod Pack, we’ve also created a migration guide from the original Zybo to the Zybo Z7 which addresses use of the VGA port. On top of this, VGA users have access to the Zybo Z7 + Pmod VGA demo and tutorial. 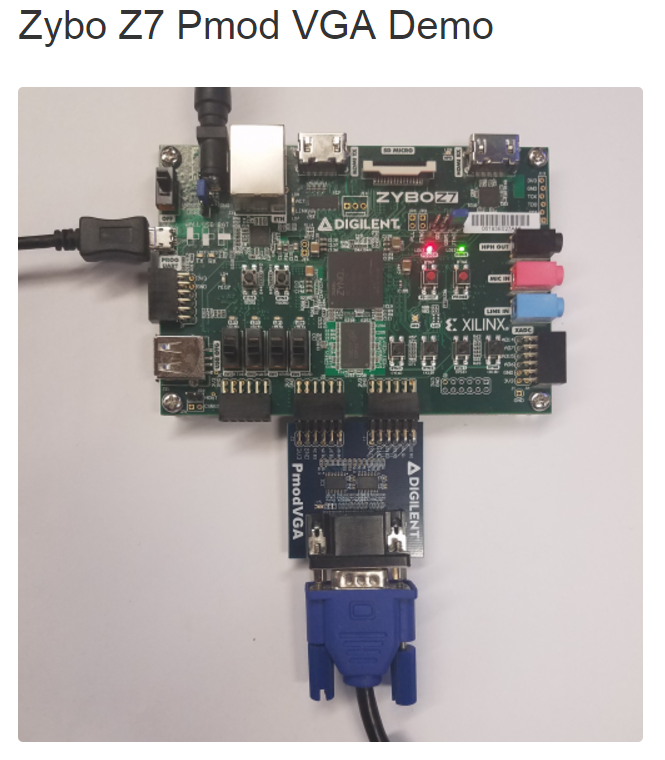 So what all is included in the pack? The Pmod VGA obviously for driving a VGA display, but also the Pmod SWT eight user slide switches, Pmod 8LD eight green LEDs, Pmod SSD seven-segment display and Pmod AMP2 audio amplifier are included, pictured below in that order. The pack retails for 35$, which is a 15% discount compared to purchasing each of these Pmods separately.

These Pmods were specifically chosen to compliment the Zybo Z7 for academic applications. The Zybo Z7 has four user slide switches and four user LEDs on board. Adding the Pmod SWT and Pmod 8LD makes the Zybo Z7 more applicable in teaching basic digital circuits such as an adder circuit. The Pmod SSD is very useful for teaching persistence of vision and introducing timing. And lastly the Pmod AMP2 enables teaching PWM and basic introduction to audio applications. The Zybo Z7 does have an onboard headphone line out, however it features a different technology than the Pmod AMP2 through the use of an onboard audio codec. The Pmod VGA is self-explanatory. 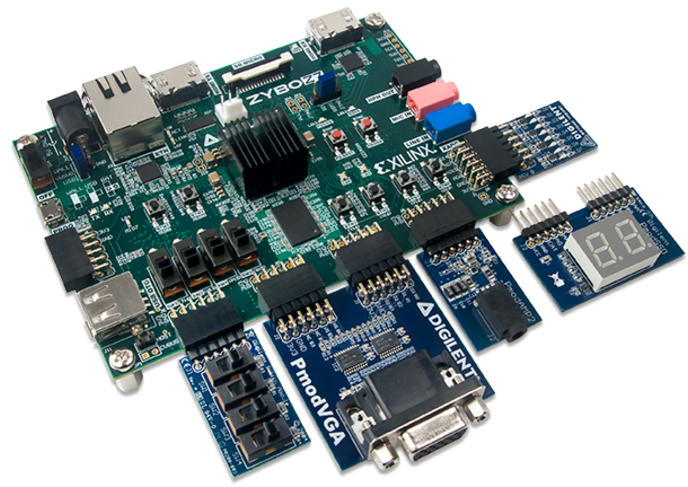 We hope the Zybo Z7 Academic Pmod Pack will make the transition from the Zybo to the Zybo Z7 even easier! If you’re interested, also take a look at the original Zybo Pmod Pack which has some nice Linux support that could be ported to use with the Zybo Z7.

For any questions or comments, please comment below or visit the Digilent Forum!