If you’re looking for a nifty addition to your wireless arsenal, the Pmod BLE is a low power, low cost and versatile option to add Bluetooth capabilities to any UART enabled development board! 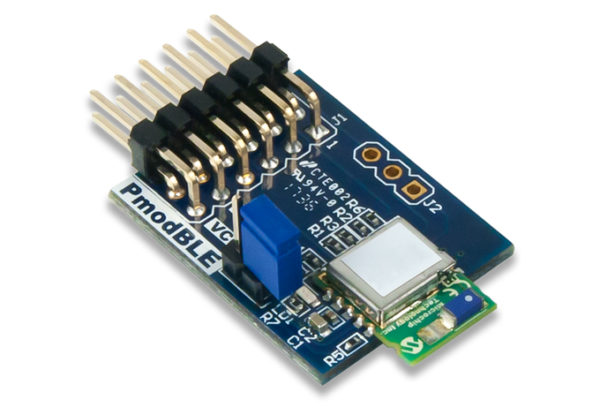 Designed for connecting and communicating with any Bluetooth 4.X device through simple UART commands, this Pmod uses the Roving Networks RN4870 to create a fully integrated Bluetooth Low Energy interface. The board includes:

The Pmod BLE is Bluetooth Smart 4.2 BLE compatible, and features a 12-pin Pmod port with UART interface type 3A, according to the Digilent Pmod Interface Specification. It is designed to work with any Digilent FPGA or Zynq board, or any microcontroller board with UART interface. See the connection guide on Pmod.org to learn more about electrical compatibility between Pmods and Digilent host platforms. 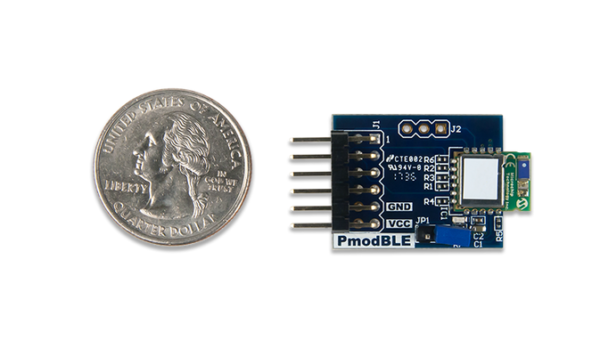 The “services” are essentially a set of predefined methods and communication styles that transfer specific types of data, such as battery life and heart rate. The Pmod BLE will let you configure your own services to send your own sets of data, whether public or private, or if enabled, Transparent.