To calculate relative humidity, you only need one simple equation:

However, there is more here than immediately meets the eye. The saturation vapor density relies on both temperature and pressure data, and can be a very complicated thing to measure in reality. Luckily, some modern sensors, like capacitive humidity sensors, can measure relative humidity directly. This is the case with the TI HDC1080 on the Pmod HYGRO! 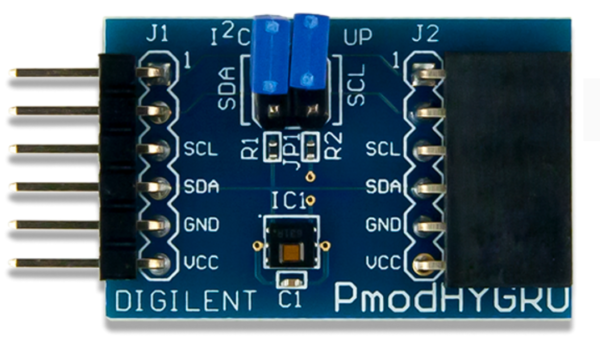 After that, the user just needs to convert the measurements into usable data as follows:

And there you have it! That’s how you acquire both ambient temperature and relative humidity measurements using the Pmod HYGRO. If you have any questions or comments please use the comment section below or go to the Digilent Forum!