Skip to content
Engineers across the globe have been forced out of their labs and into their living rooms, asked to continue working on whatever projects they were prior to being self-quarantined. The engineers at Digilent are no exception – we still have our own initiatives to work on as well. To that end, just how are the employees of a technology company that is specially suited for working from home doing it? Surprise! They’re using the products they helped to create. We caught up with Ioan, one of our hardware engineers in Romania, and talked to him about how he is keeping up with work while being away from the lab. Ioan even provided the script in case anyone is interested in checking it out themselves.
“Lately, I have been steadily working on finishing the newest version of the Genesys ZU, the 5EV variant. It’s set to come out later this year, so having to work from home is changing my work dynamic. Luckily, I had a Digital Discovery on my desk, and that’s made doing temperature compensation tests much easier.”

Want to run a power drift test at home?

“Any time you’re doing computing with something similar to a board like the Genesys ZU, it generates heat. That heat affects how efficiently power flows through wires or power rails. A computer’s designer needs to make sure that the power stays within specifications when the board you’re working with gets hot, so that it can continue managing the power and deploy the active heat dissipation it uses (fans etc.). So, I wanted to  monitor the current measurement drift with temperature on one of the power management units (IC81, IRPS5401) on a powerful computing board. In this case, I used our new Genesys ZU. 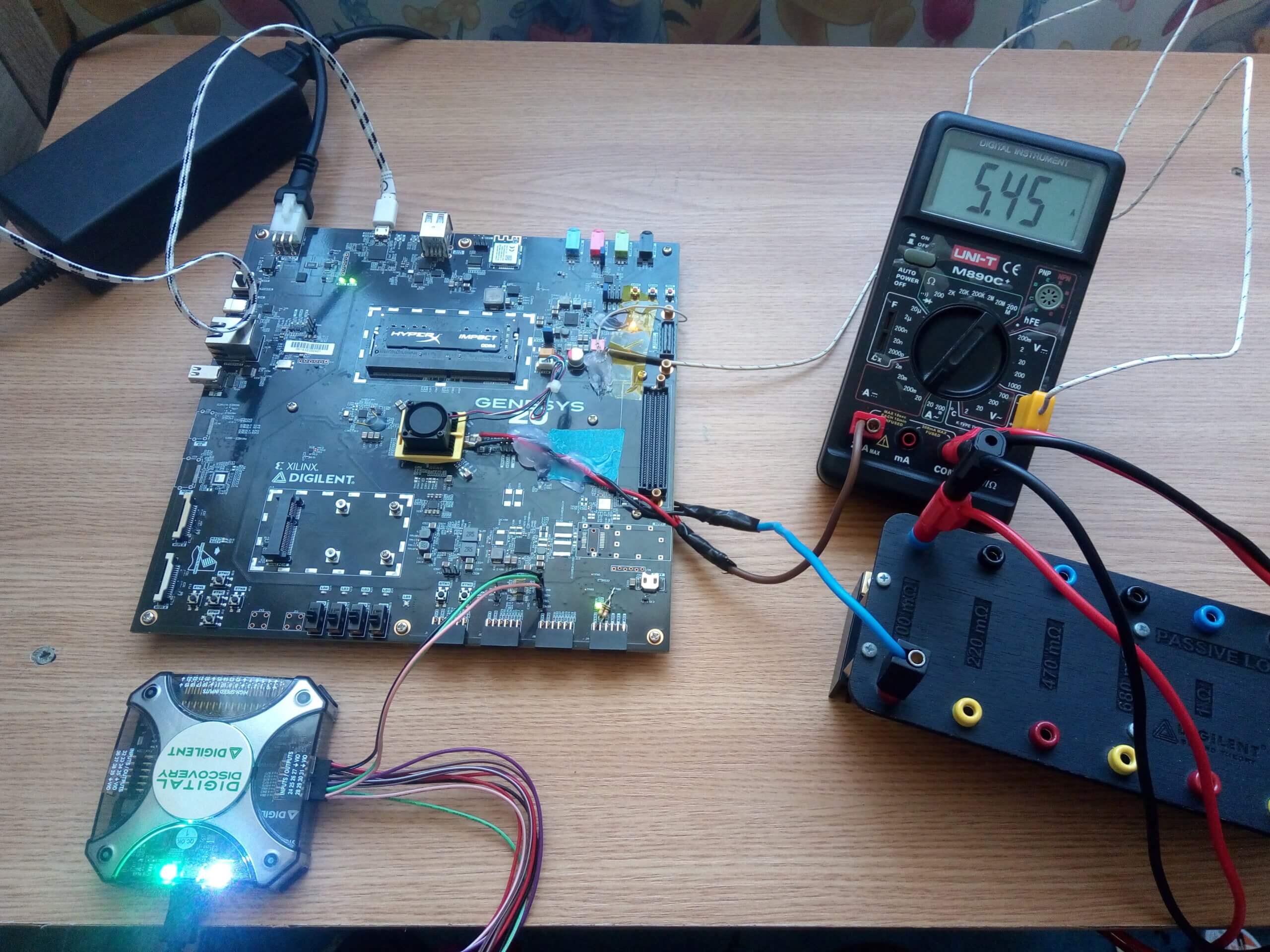 Also while doing this, I had to read back the current measured by IC81 itself. For this, I used a Digital Discovery connected to the I2C interface header on the Genesys ZU (J36): DIO24 to SCL, DIO25 to SDA, and a GND pin to the J36 GND pin.

To send the necessary commands to the IRPS5401 via I2C (actually PMBus, but it uses the same I2C lines) and to read back the current, initially I tried to use Waveforms in Protocol mode, but the I2C Master does not seem to have the “Repeated Start” functionality between Write and Read implemented. Therefore, I took a Python script example from the Waveforms SDK folder and modified it to suit my test (see below). 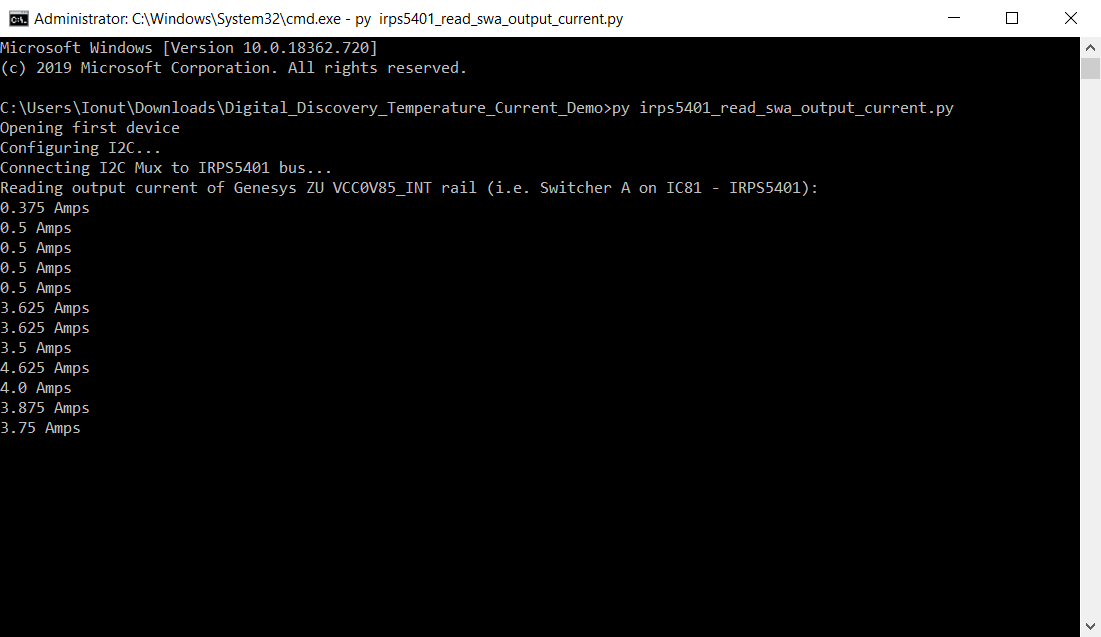 To run the Python script, you would need to follow these steps:

Users who have the Genesys ZU don’t necessarily have to draw current from the board using external means; therefore, they don’t necessarily need a multimeter, a power resistor or a thermocouple. If they have a Genesys ZU and a Digital Discovery/Analog Discovery 2, they can monitor the current drawn from the three IRPS5041 ICs on the board, one rail at a time, while running their own project on the board. I put some comments in the script so they can change the rail they monitor on the IRPS5401 (“the switcher”) and also to change the IRPS5401 they talk to.

Of course, you could also change the script to monitor all the rails on all the IRPS5401 ICs if you’d like to.”