LabVIEW is a powerful tool that allows users to visually program. The chipKIT WF32 board has WiFi capabilities and is able to interact with LabVIEW! We’ve created a project that uses LabVIEW to control two WF32 boards, the jousting robots. 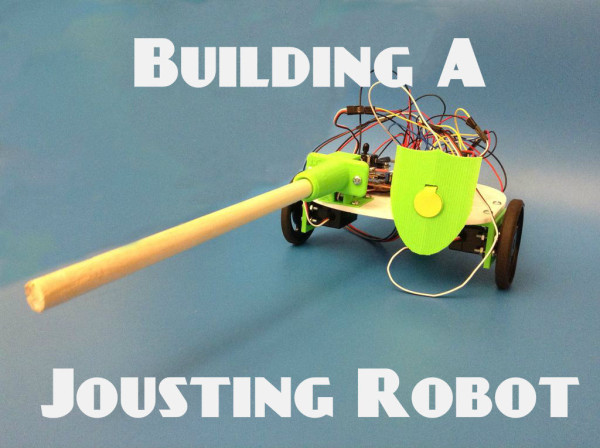 Powered by LabVIEW and the WF32, the Jousting Robots are not only fun, but also makes use of our extensive Pmod library. The Jousting Robots use the PmodJSTK for human interactivity and the PmodACL to reset each “round” of jousting. We’re going to go over the construction and basic design of the Jousting Robots. Before we begin, all the base parts are open-source pieces. You can check out the Instructable to build a Jousting Robot here! 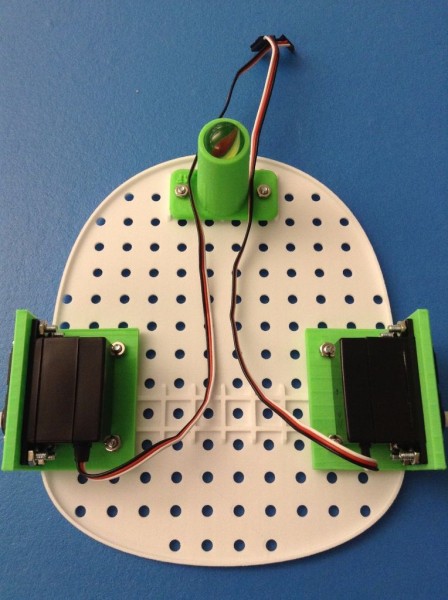 We’re using the GWS Servo Kit to move the robot. The servo motor’s power might be slightly wasted on just a wheel, but its ease of use and adaptability make it a great choice for the wheels. The whole point of jousting is to hit the other person’s shield. This brings in my personal favorite part of this project, the force sensor. Force is (in layman’s terms) how much something is pushed or pulled. The force sensor is mounted on the shield, meaning it only gets activated when there is a pushing force on the open side of the sensor. This pushing force is, of course, the lance from the opposing robot. That’s what is really exciting about the project — it has two robots interacting with each other! This is a simple example of robots interacting, but even then it’s still pretty fun. 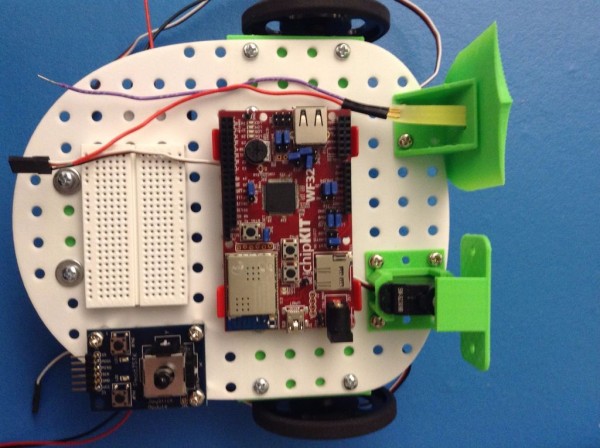 Another thing that makes the jousting robots cool is the interactivity between the robots and the users. The WF32 is, of course, Pmod capable. We use two Pmods in particular, the PmodJSTK and the PMODACL. With the PmodJSTK (joystick) on the Jousting Robots, users can control the angle of the lance and “ready” the robot for jousting. The PmodACL (an accelerometer) is used after the two robots have jousted. After the two robots have jousted, users can simply lift the robots up and make them face each other again, and the robots will be ready for another round. This is done by checking the acceleration of the robots in the up and down direction.

The things mentioned here are just a little bit of what makes the jousting robots awesome! You can check out Dharsan’s blog post in which he goes over using LabVIEW and wiring the robots.