The Arty is a board intentionally designed for makers and hobbyists. However, what exactly is being made with this hardware? Today we will address that very question, by profiling some awesome Arty projects we have found in the community!

First project on our list is the GyroDisplay project by user685623611. This project uses a Pmod CLP and Pmod GYRO to complete its task. 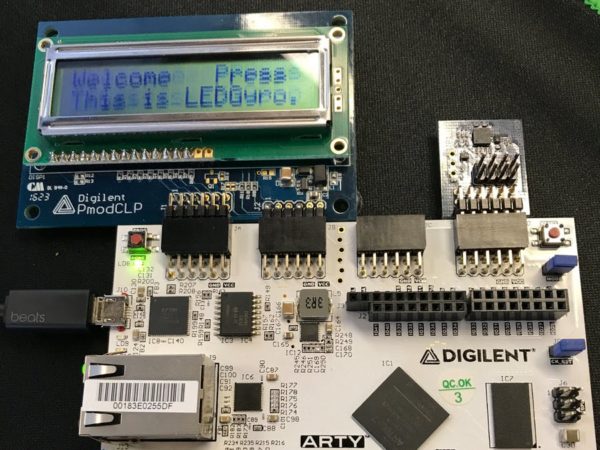 The setup is designed to use a gyroscope to display acceleration data in three axes on a 16×2 LCD display and through PWM on 4 RGB LEDs. This allows for many possibilities and expansion due to its simplicity and the fact that it does not use very many of the Arty’s resources!

The second project we were very impressed by is the Arty Guessing Game by Arvin Tang. This fun and interactive setup allows the user to play a guessing game with the development board and a terminal emulator. It makes use of the onboard buttons and switches to give the user and interactive platform to make guesses. 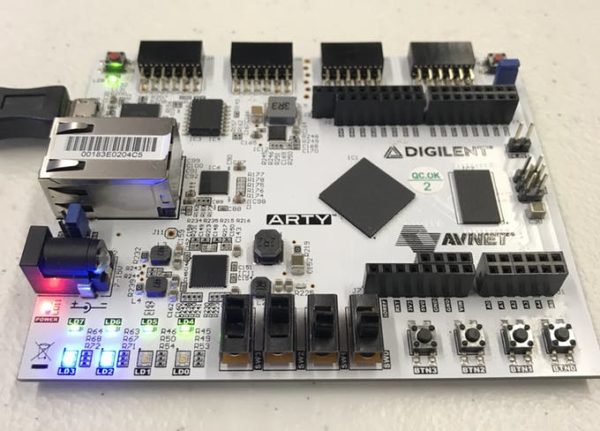 One very interesting feature of this game was the authors conclusion regarding game play after building the project and testing out the game. He noted:

This guessing game happens to be built in such a way that you can almost always get to the correct answer within the given number of tries using this algorithm: start by guessing eight, then add or subtract the next lowest power of two according to the game’s message. This will guarantee finding the answer unless the answer is either 0 or 1. When this happens, you will be forced to guess between 0 and 1. This algorithm can be generalized to larger guessing games to determine how many chances would be required to guarantee or almost guarantee finding the correct answer. A guessing game between 0 and 2^n will require n chances to find the answer.

The third project we found in the community was also by Arvin Tang, and involved using the Arty to make a line following robot. This project used a Shadow chassis as well as a motor, wheels, and wheel encoder. We were particularly impressed with the division of the project documentation in to five distinct milestones, to help users follow along with the process! 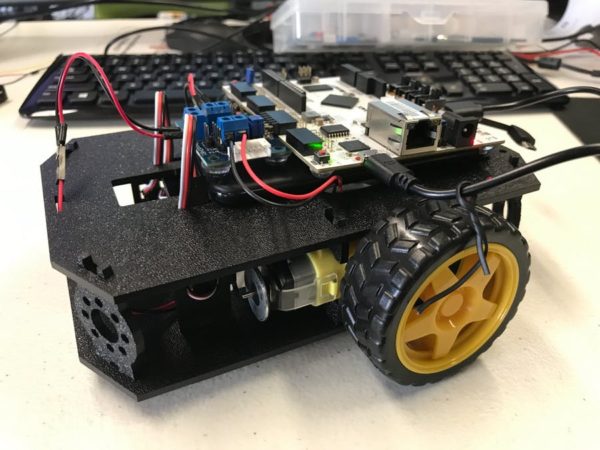 We absolutely love seeing what people come up with and how creative one can get with projects! If you are working on anything involving the Arty that you would like to share, please let us know on social media or in the comment section below!