If you have been paying close attention to our Website, or our GitHub, you may have noticed that there have been rumblings of a new Zynq-based board. 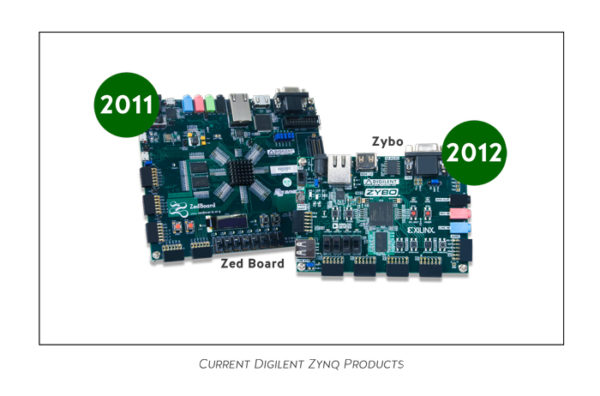 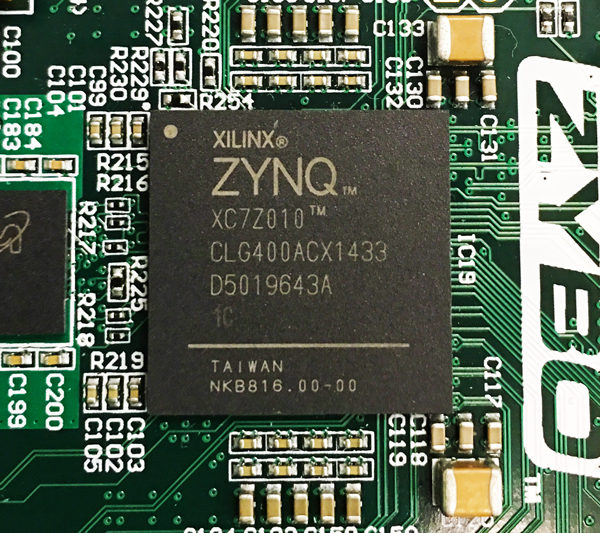 Zynq is an All Programmable System on a Chip, or APSoC. Xilinx usually uses the term “All Programmable” to describe their FPGA technology. One can read the APSoC part of the name as, ‘an FPGA technology system in a single chip.’ So what does the “System” actually mean since FPGA chips are generally used to create custom system chips (or ASIC = Application Specific Integrated Circuits)?

In the case of Zynq It means that there are dedicated processors (two Dual-ARM Cortex A9 processors) inside of the chip as well as FPGA technology. This combination allows users to leverage the best of the Processor world and the FPGA world.

Why Zynq for Makers?

Over the past several years, processors have gotten more and more accessible to new audiences. Raspberry Pi’s, Beagle Bone Blacks, Arduinos, chipKITs, LaunchPads, and more have given makers increasing options. Digilent has been a player in the maker market for several years, using our chipKIT processor boards, and last year we released our first Maker-FPGA board called Arty. With both products in the channel, we watched and saw a variety of projects begin to emerge, and this made us think… “could Zynq be a better solution?” 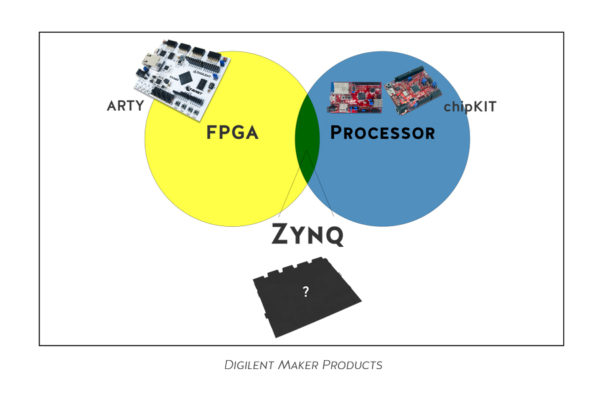 A Zynq board would be perfect for applications that need the signal processing found in high end processor boards, but could use optimized hardware peripherals and accelerators. This would make it more reasonable to implement things like flight path recognition for drones (where the FPGA could be running accelerators for image processing) or internet security hubs (using the Ethernet peripherals with custom protocol additions in the hardware).

Since this board would be targeted at makers and hobbyists, we wanted to follow in the steps of the Arty. This meant that we needed to include Arduino dual row headers and Pmod Connectors to make accessible I/O. 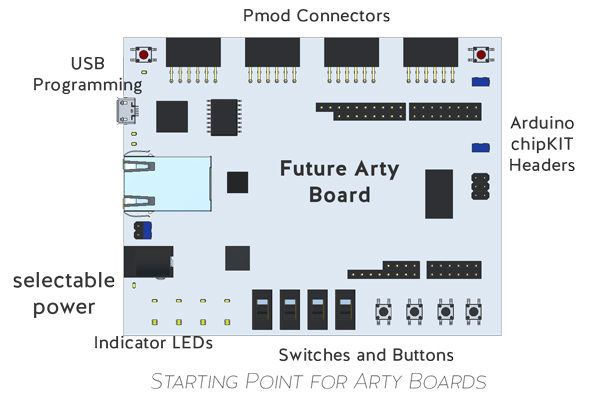 We went through several design iterations and deep consideration of what would truly show off the Zynq chip onboard, such as HDMI in and out (replaced two of the Pmod Ports), adding USB Host (to make it easy to do a keyboard or a mouse), and decreasing the number of switches to make the room for a headphone jack, before the Arty Z7 was finalized! 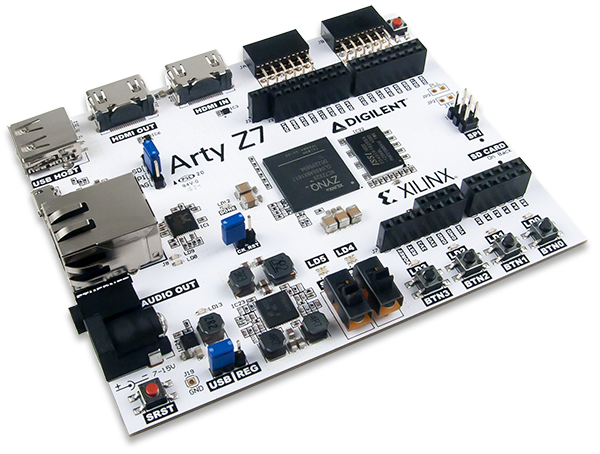 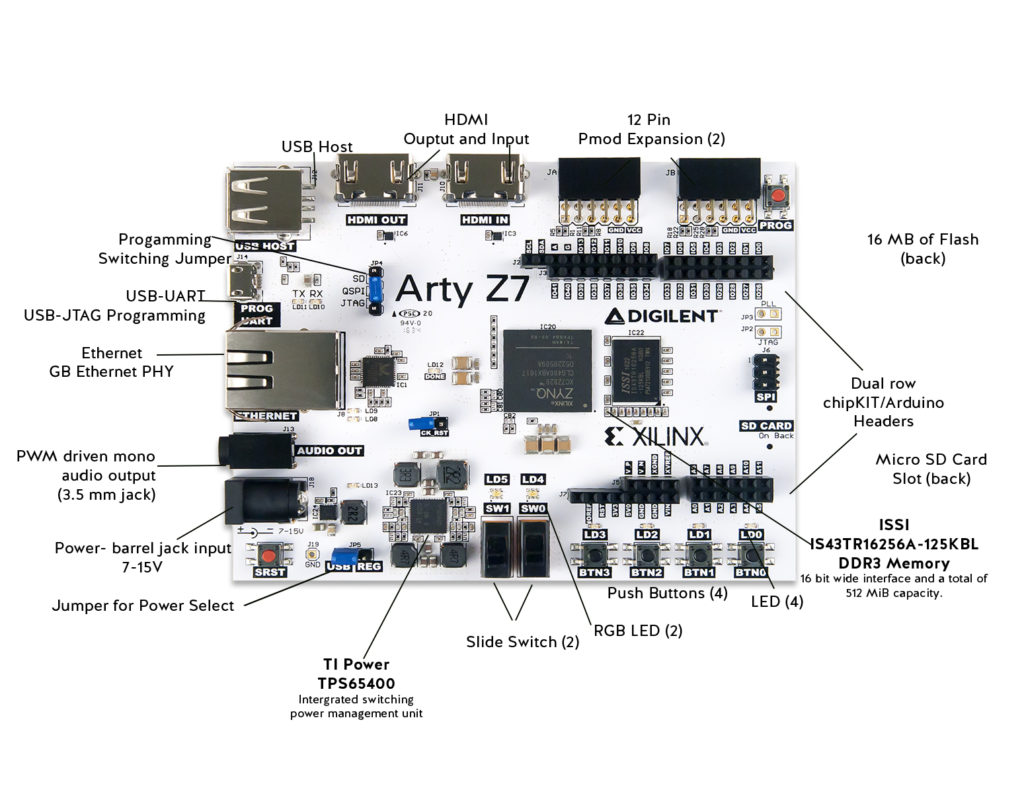 The addition of both Arty Z7 boards to the portfolio means that finally the Zybo and the Zedboard will have company!

To find out more details, or to get to know when the Arty Z7 becomes available for sale, keep following us on Social Media! 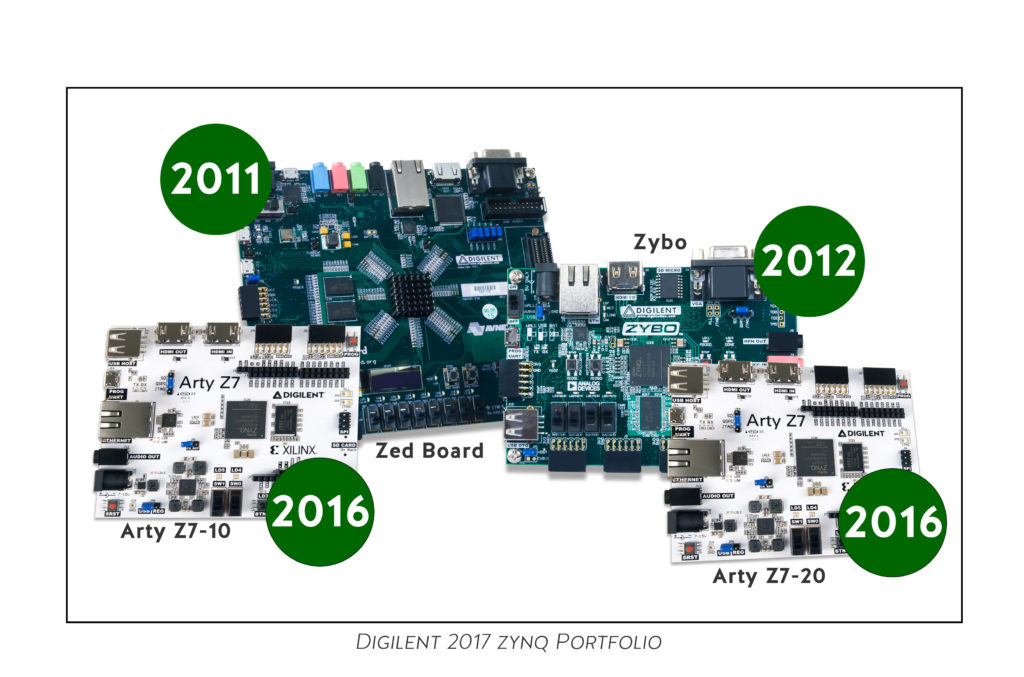 2 Comments on “Zynq for Makers- Introducing the Arty Z7”