The winds have shifted in recent weeks as the nights begin to set in earlier and earlier. With seasonal change afoot, one might even say the nights have become spookier. If you happen to find yourself whimpering at night as the cobwebs swing from your bedroom light, then we suggest you read no further, because this Halloween-themed project that we are about to reveal might truly give you quite a scare…

This masterpiece, the Zombie Containment Unit was created by Glen Akins as Halloween project you will definitely want on your holiday to-do list. In the video (linked above) Akins begins by demonstrating the project’s end result with an interactive button that prompts the Zombie Containment Unit to cycle through various visual and mechanical processes. The project is then broken down into the stages of development as Akins reviews everything from the construction of the Containment Unit through the hardware programming and choice of products used. 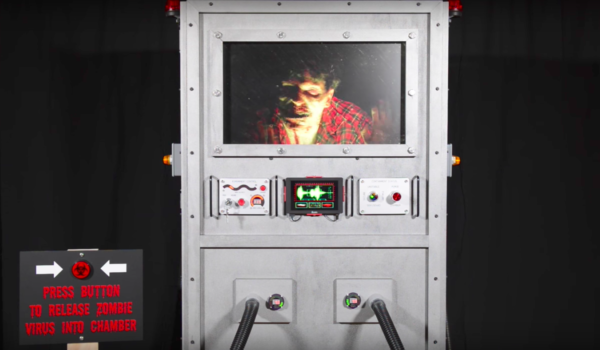 As we take a look behind the scenes, Akins describes his process in engineering the visual and mechanical actions that make the project a true pièce de résistance. On the external face of the project, viewers might notice a variety of custom 3D printed LED bar graphs that are installed. Due to bulk purchase requirements, Akins decided that the best process for achieving his desired project was to build his own LED displays. He details this process in a comprehensive post on his blog, where he reviews the process for developing these displays with photos documenting the initial board development, his 3D sketches, and the final display assembly. 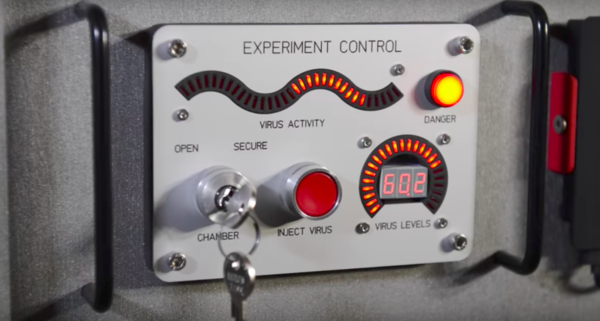 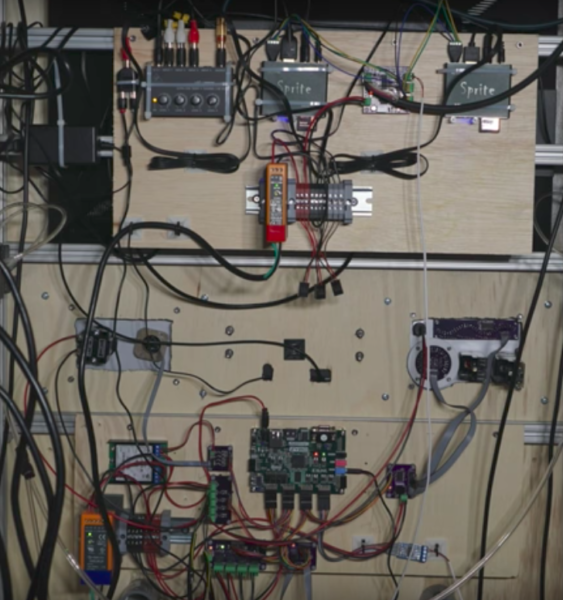 Akins then goes on to describe the prop control board, which happens to be hosted on the original Zybo AP SoC development board. Some reasons for choosing the Zybo development board include Akins’ need for numerous SPI ports to control visual displays (such as his custom made LED bar graphs) and the audio codec which was used for detecting tones following the Goertzel Algorithm. When contacted about the project, Akins also mentioned that the ARM cores helped run the software to control everything, including a DMX lighting controller and WS2811 pixel controller added following the video creation.

In the project video, Akins briefly describes his programming processes while using the Zybo FPGA and how these led to the overall result of the Zombie Containment Unit:

“On the FPGA board, is a Xilinx Zynq-7000 series FPGA. This FPGA is kinda cool because in addition to having the normal programmable gates, it also has two embedded ARM cortex A9 cores. My Zombie Containment Unit takes advantage of this split personality. Embedded in the right audio channel, in the main zombie video, are touch tones just like a telephone makes.These tones keep the prop in perfect synchronization to the video and the main audio track, but to use them, the prop controller needs a touchtone decoder. I built this out of gates inside the FPGA. Every time a tone is received, it sends a signal to the ARM cores. Then the software in the ARM cores fires a pneumatic cylinder, blinks an LED, or updates one of the bar graphs in response to those tones. Connected to the Zybo FPGA board are a bunch of smaller boards that I’ve built. These boards interface the various voltage levels required by the different components in this prop to the 3.3 volt outputs on the FPGA board.” 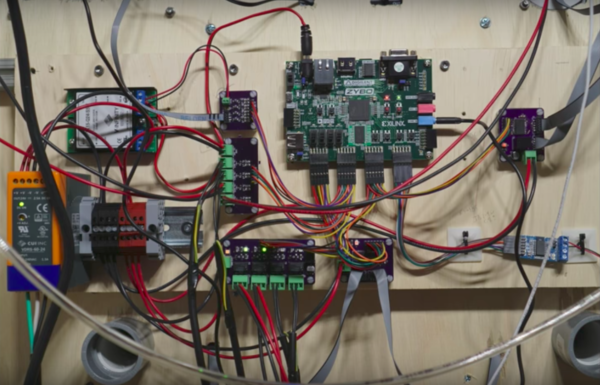 While there may not be time to create your own Zombie Containment Unit before the big holiday, you can find more behind the scenes details to satisfy that engineering itch by visiting Glen Akin’s blog. On the blog you can browse in-depth project development posts and a helpful GitHub repository for future inspiration.

We can’t wait to see what you’ve created this season but don’t forget to tag @DigilentInc (or @Digilent on Facebook) when sharing your projects so that we can share them too!

Have a safe and happy Halloween from all of us here at Digilent!