Now that the Claw Game is back to a fully operating state, it is time to make some improvements. The two additions described here are to help draw in more players with flashy visuals and feedback.

It is always good to know what your hardware design is doing when a problem arises, however State Machines are especially hard to debug. To assist in the debugging of the state machine on the Basys 3, state codes are now published to the USB port for use by any computer program for interpretation. Normally, I would write a small python program to read the serial port and print them to the console: 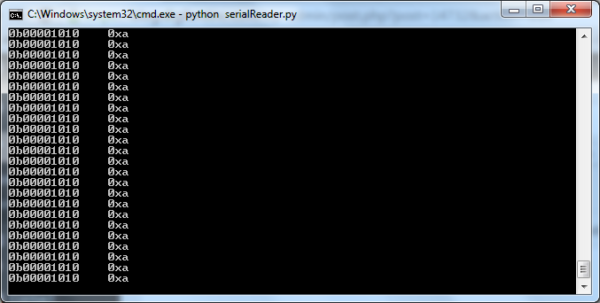 But why not make a visualization tool for displaying the states during normal operation? In comes LabVIEW to make a GUI! Using a boolean indicator and some labels for each of the possible states, the diagram is reconstructed. The serial signal is then fed into some logic to trigger the appropriate indicator for the received state code. 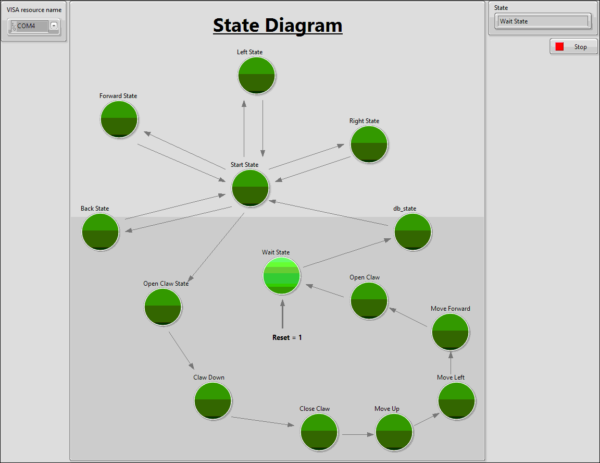 LabVIEW is a great tool for quickly creating complex graphical interfaces, as can be seen in the image above. For more information see this Instructable on the project.

No project is complete without excessive numbers of LEDs, and the Claw Game has been lacking in this department. To remedy this shortcoming, an Arty and WS2812 LED strips come in handy. Using a MicroBlaze processor on the Arty, multiple patterns can be programmed and cycled through. Another benefit of using MicroBlaze is that the Vivado bitstream only needs to be generated once so this is a plus for slower computers. For a more detailed tutorial on adding LEDs to your project with the Arty, see my Instructable. 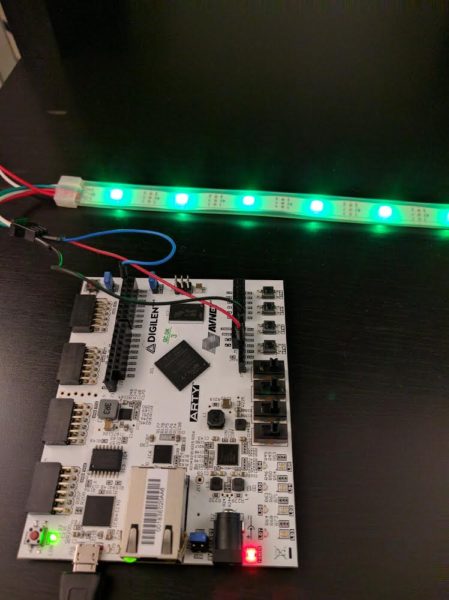 If you have anything that you would add to the Claw Game, let us know in the comments below!

Additionally the illustrious claw game was one of the awesome demos featured at our booth at ASEE this year, so stay tuned for a recap and updates on how it went!

View all posts by Brandon Kallaher →