From my last post you’ll know that my team and I participated in the EECS design competition and had our poster judged for an award and our grade. The following week we participated in the VCEA (Voiland College of Engineering and Architecture) Capstone Exposition. This was the last thing I had to do as an undergraduate student. Along with senior design groups, the entrepreneurship teams from the Harold Frank Entrepreneurship Institute presented their start-up company ideas.

While I was walking around looking at other project ideas, I noticed that one of the bio-engineering teams had an Analog Discovery on their table. 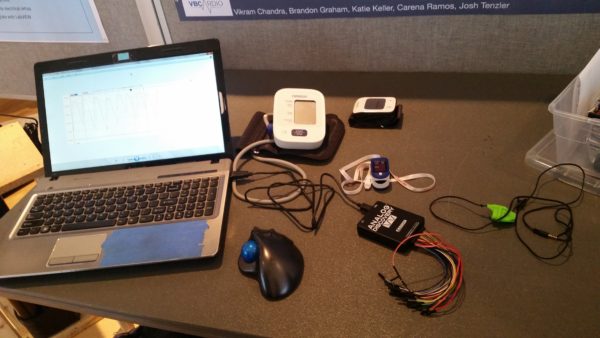 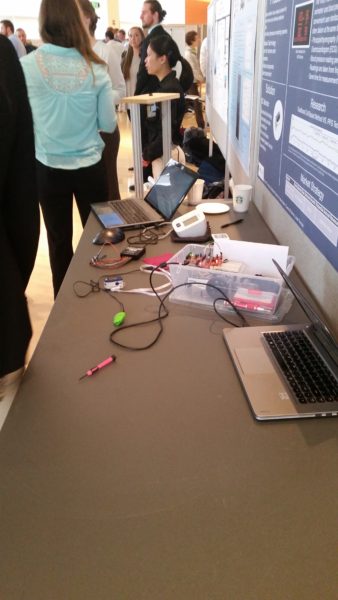 Their company was based around a new type of blood pressure monitoring that doesn’t require a cuff which could save time. You can read more in their poster below. 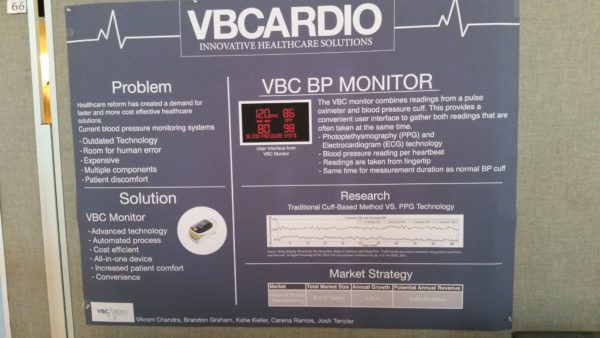 It turns out as well as an analog circuits tool, and logic circuits tool, the Analog Discovery can be an important tool for entrepreneurs trying to get their idea out there. Neat!