WaveForms is the software interface that controls most of Digilent’s test and measurement devices, including the Analog Discovery 2, Digital Discovery, and Electronics Explorer Board, providing access to and enabling all of their analog and digital Instruments. We posted an updated version of WaveForms, version 3.9.1, which is available for download on the WaveForms Resource Center and at AnalogDiscovery.com. This update to WaveForms provides additional functionality that will be outlined in this post and includes bug fixes! If you want to know what version you have, check out this post.

In the Oscilloscope instrument, additional math channels can be added to script math functions on the acquired oscilloscope data. The Math Channel window now has examples, including current calculations, power calculations, energy, and power. 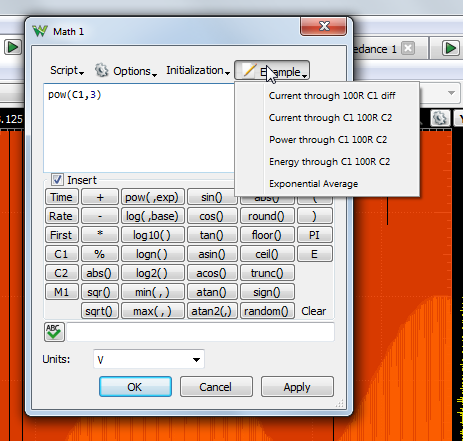 Each additional channel that gets added may have a different y-axis scale and units. Now in addition to being able to apply different scales and units multiple scales can now be displayed at the same time on the left-hand side of the oscilloscope chart. 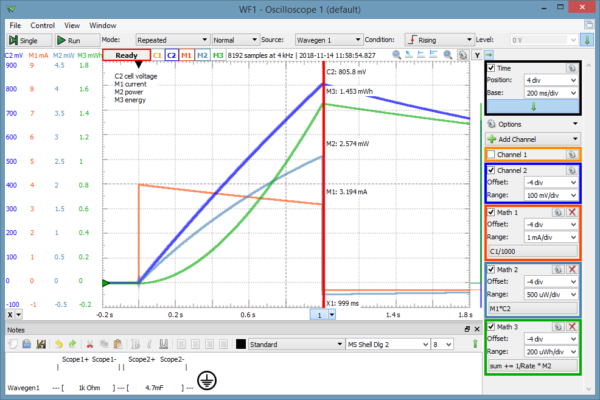 Above the various channel boxes under the options menu,  an additional setting called “zero offset” has been added. This will allow a quick calibration of the Oscilloscope if needed. 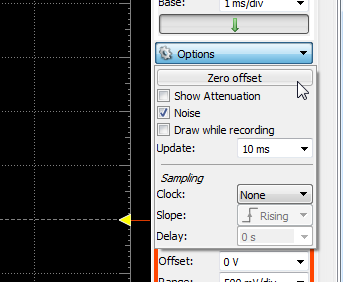 Previously the logic analyzer and Pattern Generator graphs provided black traces for each digital channel added. The gear menu now provides the option to change the color of the traces for enhanced readability.

When adding a BUS, I2C, I2S or SPI interpreter to the Logic Analyzer the format menu now includes ASCII as an additional display option for the interpreted data. 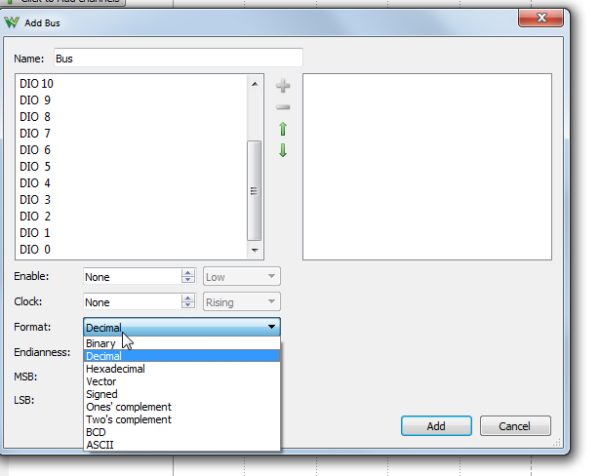 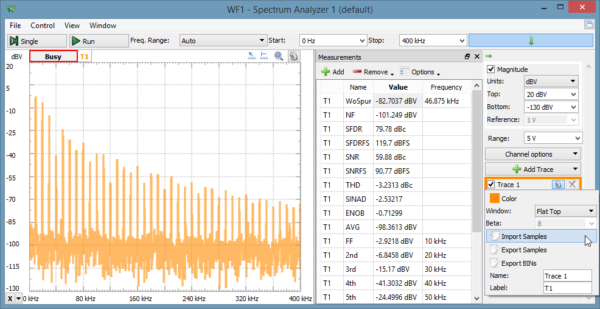 The Magnitude box now has an additional drop-down that allows specific spectrum measurements to be configured and show on the plot in the Network Analyzer. 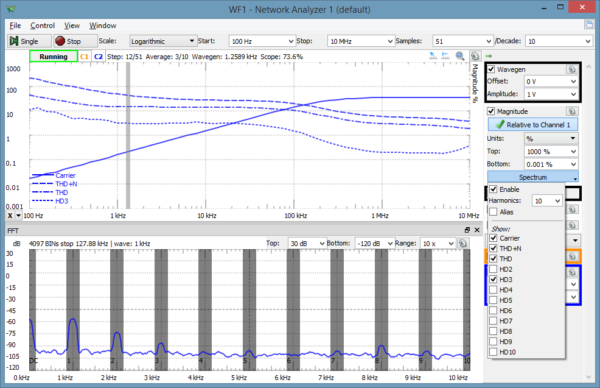 Additional improvements to the Network Analyzer include adding a FFT view to the additional plots available in the view menu, averaging,  and an additional available unit for the traces, percentage. 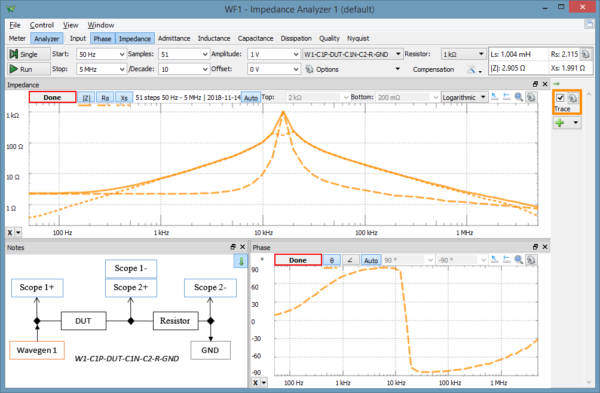 Additional functionality in the Protocol Analyzer: 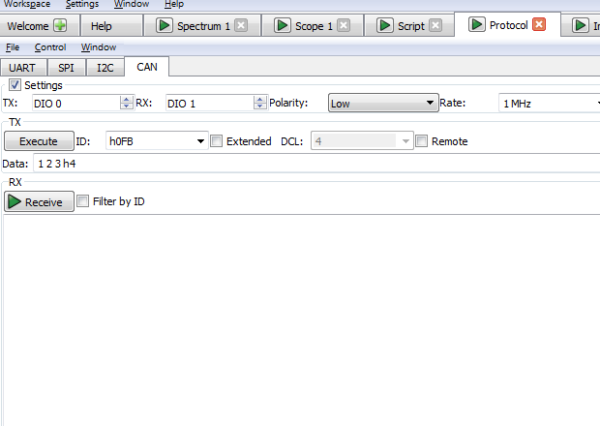 SPI and I2C data in the protocol analyzer can now be displayed in Hexadecimal, Decimal, Binary, or ASCII. 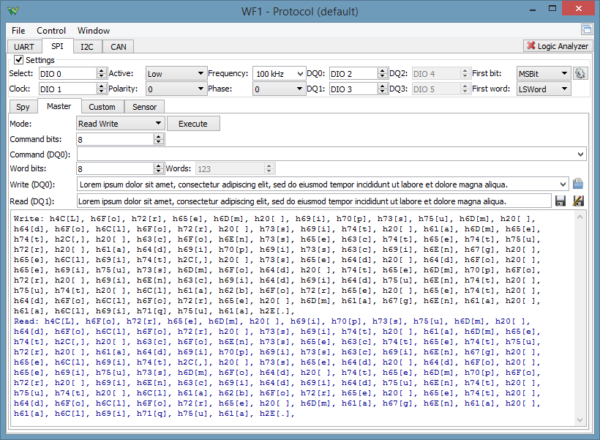 Impedance Analysis is now built in to WaveForms SDK with the added AnalogImpedance function. 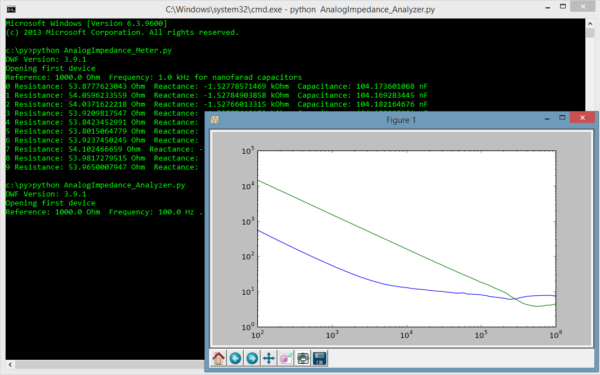 Python examples can be found in the WaveForms SDK folder under sample/py. There is also a Python example using Jupyter Notebooks at testandmeasure.org.

In the bottom right corner of the application between the device name and the device status there is a menu of device options. These options now include changing the LED Brightness on the Digital Discovery, and the option to keep running, stop, or shutdown the device upon closing the application. 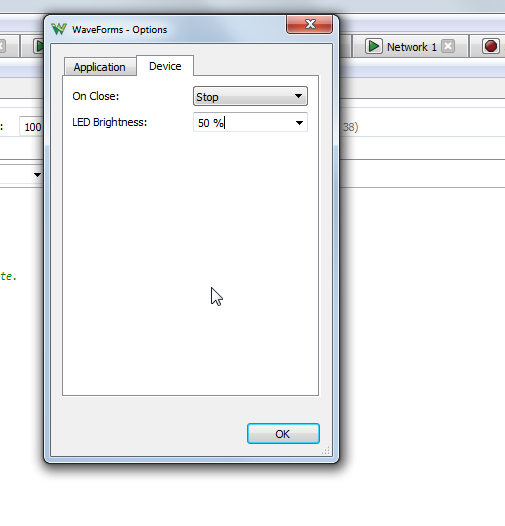 Under the view menu in most of the instruments, you can now add a notes window, which opens a text editor that will be saved in the workspace. In the screenshot of the impedance analyzer farther up in this post you’ll see the notes view used to show the circuit setup. 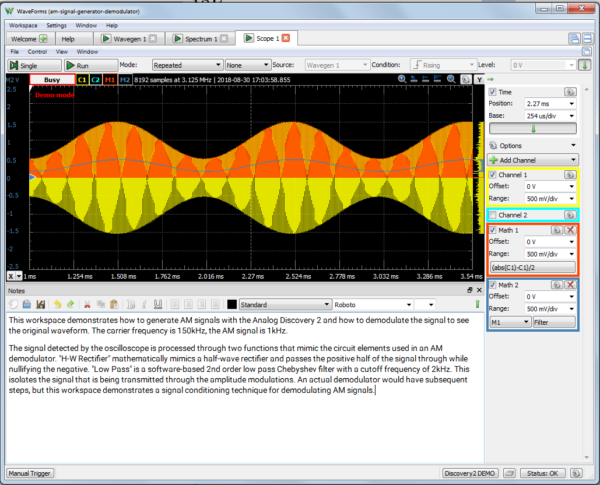 If you’d like the entire list of changes and additions check out the full changelog and make sure to download version 3.9.1! More information about these new features can be found in the help tab in WaveForms once updated to 3.9.1. Questions about the new version can be posted on the Digilent Forum!