The Raspberry Pi 3 Model B+ has many valuable capabilities, including the new Power-over-Ethernet (PoE). This feature provides an ideal basis for building a custom remote sensing platform, which is the focus of a recent post from DesignSpark.

In the post, DesignSpark “takes a look at the available interfacing options and some convenient approaches to integrating sensors, before giving a simple real world example which uses the DesignSpark Pmod HAT and a Python script, to take readings from a thermocouple Pmod and publish them via MQTT.” 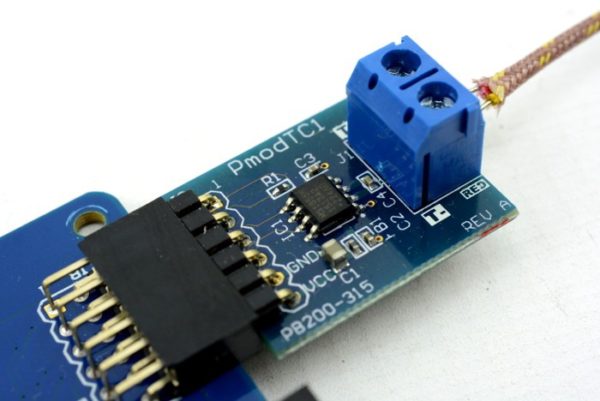 The project uses a Pmod HAT as one of a few different interfacing options, highlighting the Python library that provides support for six Pmods, including the following:

DesignSpark also supplies the DesignSpark.Pmod Python library. This is a simple, consistent interface for getting readings from the above Pmods, along with driving a H-bridge Pmod and the Pmod OLEDrgb.

For the purpose of this project, the author uses a Pmod TC1 to monitor temperature and then publish a data feed using MQTT.

Check out the full post for complete details of how to recreate the project, and make sure to comment below with your own ideas on how to use the power of Power-over-Ethernet!