Coming in strong on our list of cool projects made with our boards is another interesting project that uses the Zybo board:

“An object tracking vision system using a moving camera implemented in a Zynq heterogeneous device”, by Marcin Kowalczyk, from AGH University of Science and Technology in Krakow, Poland.

Autonomous object tracking with use of a moving camera is used for examples in issues connected with security, surveillance or in military applications. This particular project involved creating a video system demonstration for tracking objects, assuming that the camera is mounted on a moving stand.

The system consists of:

The output of tracking module is the basis for the positioning of moving stand. The aim of the positioning is to keep a tracked object in the center of frame and mark it with a pointer. Below are the modules of the project can be visualized by the connection between them. 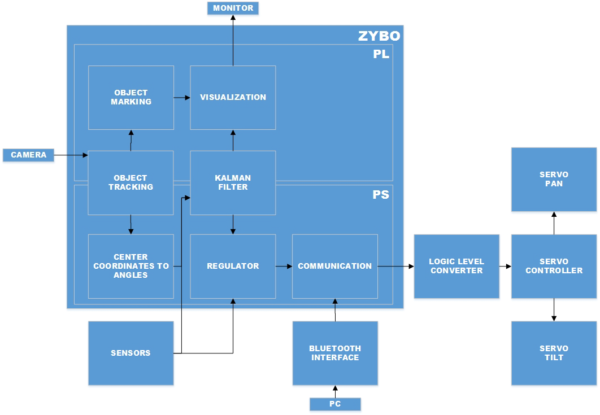 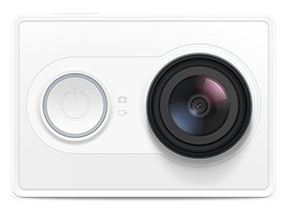 Communication: it was implemented between all elements of the system. It can be divided into PC-Zynq part and Zynq-servo controller ’Maestro’.

In the designed system, camera is a sensor of regulation error. Regulator was created for system without
sensors of moving stand position, thus control algorithm is currently based only on data from camera. For constructing a model, simulations were performed in MATLAB and Simulink, below is the block diagram of the servomechanism:

and the block diagram of entire system: 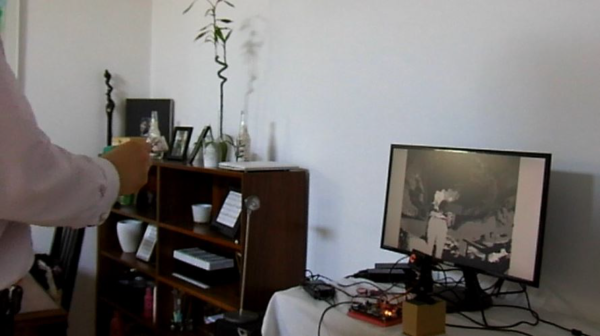 Calibration of the sensors was needed in order to obtain proper results, and their integration and fusion as well.

– Parallel realization of algorithm (hardware implementation) requires a lot more work than software
implementation (in processor).
– Mean-shift algorithm has good effects, when tracked object’s color is much different from the
background’s (if H component of HSV color space is used).
– Tracking by detection algorithm usually gives correct coordinates of object, but it does not use
information from previous frame. In result, there are possible situations, when in two consecutive
frames object is detected in other sides of image (e.g. in result of noises), what may result in
mechanical damage, related to sharp movement of servomechanisms.
– Selection of proper regulator and it’s parameters is much easier based on mathematical model of
controlled system.
– Mathematical model does not have to perfectly reproduce operation of the real system. Effects
such as very short delays may be neglected.
– Breakdown of project into independent modules greatly simplifies work.

– Testing each module separately, after realization, makes it easier to connect them into a complete
system. 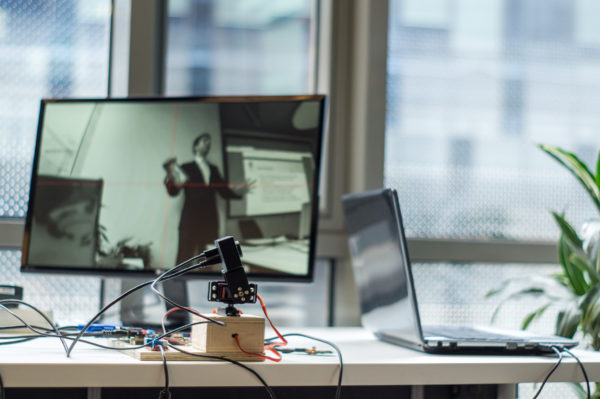 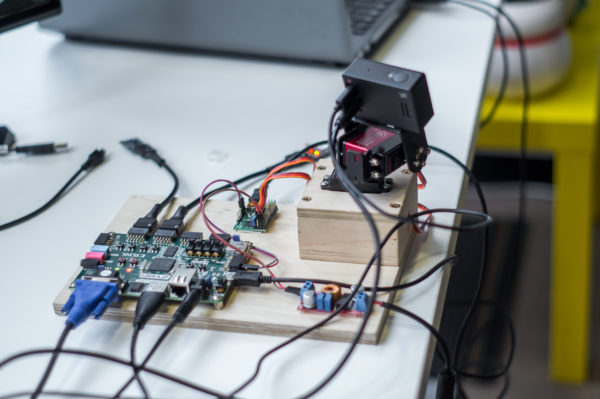 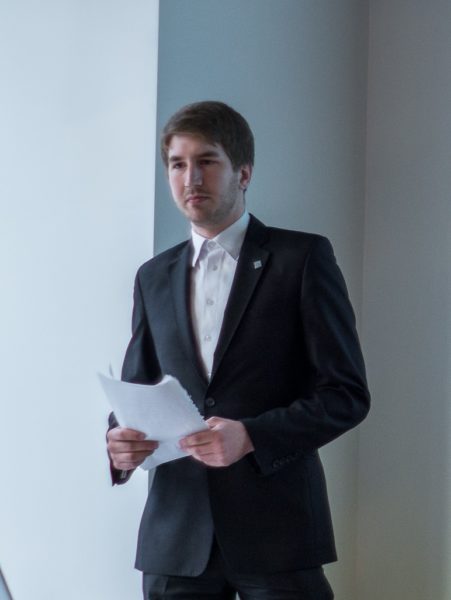 View all posts by Monica Ignat →