You’ll often hear about the “Linux kernel”, and if you search it on Google you get:

Like most Linux things, this is a very cryptic statement. But today we’re going to go about explaining what the Linux kernel is in terms that people can understand. 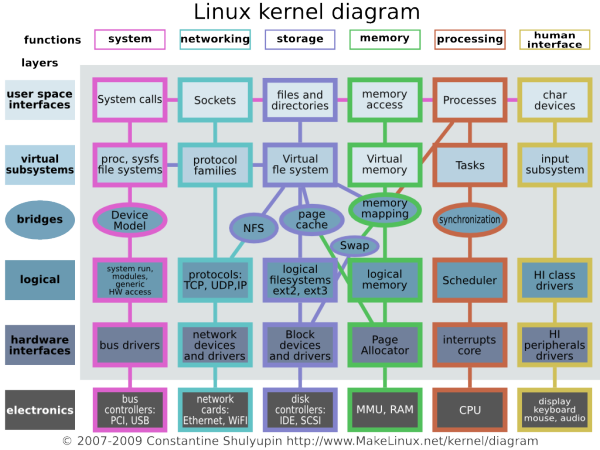 That clears up everything, right? Well if you’re like me, not quite. You could read about all the squares in the picture above and probably figure some stuff out. But we can simplify this a lot more. 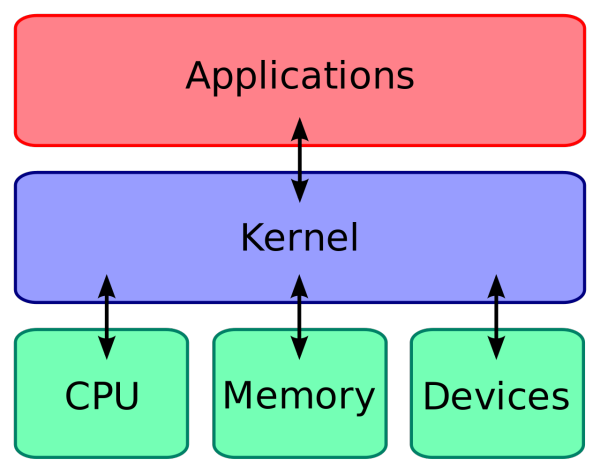 Perfect– this is just five words and three different colors. You can see that the kernel is a barrier between applications, CPU, memory, and devices. Applications are what people use all the time, with everything from video games to the Internet.

So if we simplify everything, the Linux kernel can be described as a overarching program that takes the hardware of a computer and allows applications to use that hardware.