Quite some time ago, Digilent released the Pmod SD, which allowed users to add an SD card slot to an FPGA or microcontroller design with a 12-pin Pmod port. With the increasing popularity of microSD cards, I’m excited to announce the introduction of our newest Pmod, the Pmod MicroSD! 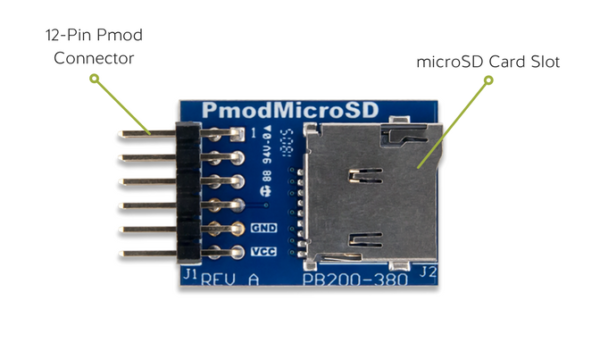 The Pmod MicroSD is a pass-through module which allows users to read and write to microSD cards of any size via the SPI protocol. 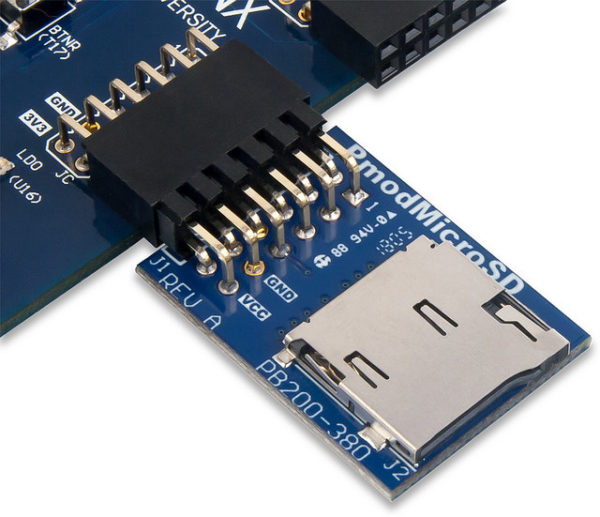 Who would use the Pmod MicroSD?

The Pmod MicroSD is compatible with the pre-existing SD card library in the Arduino IDE and we’ve provided an IP core to accelerate time to a bare metal or Microblaze Zynq design.

For more information on these resources and more on the Pmod MicroSD head over to its resource center or check out its store page.