WaveForms 2015 is the user interface that controls the Analog Discovery 2, Digital Discovery,  and Electronics Explorer Board, and gives access to all of their bench-top functionality. We have just posted a new version of WaveForms 2015, version 3.6.8 available for download on the wiki. WaveForms 2015 3.6.8 makes some bug fixes, adds new functionality to existing tools, and adds a new tool all together! If you want to know what version you have, check out this post. 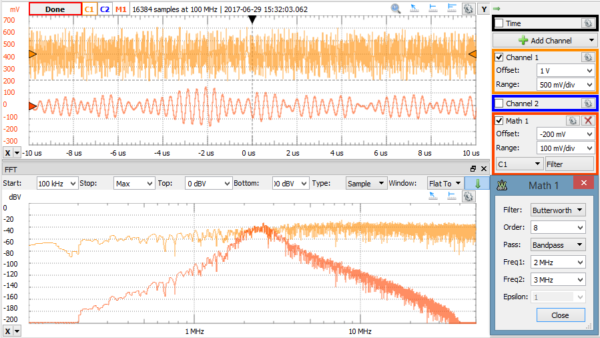 You can choose between a Butterworth and Chebyshev Filter, and set it to Low pass, High pass, Bandpass, Bandstop filter, and choose the filter order. You can also define a custom filter based on the coefficients. 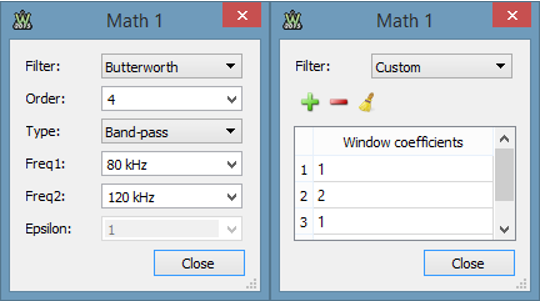 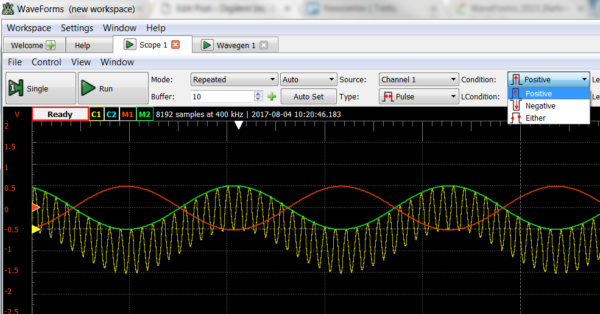 Upgrades to the Waveform Generator

New Features in the Protocol Analyzer 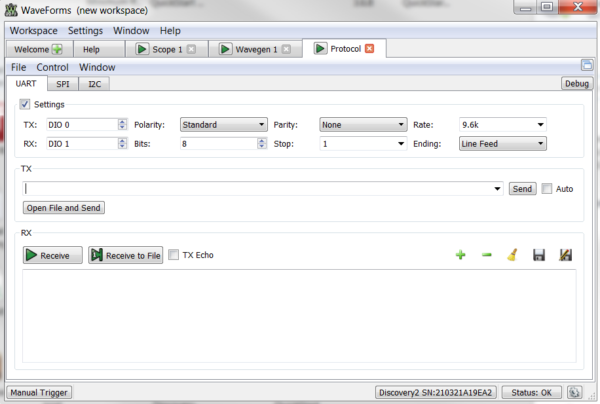 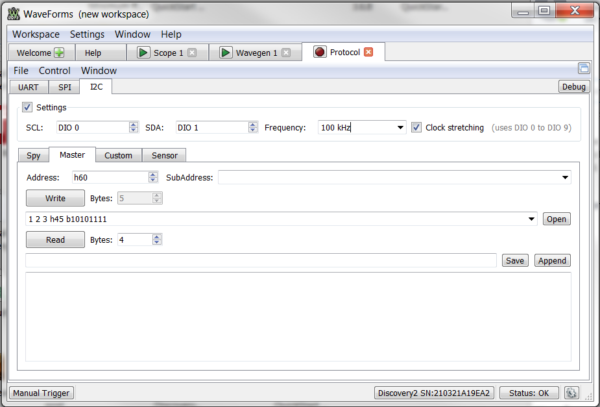 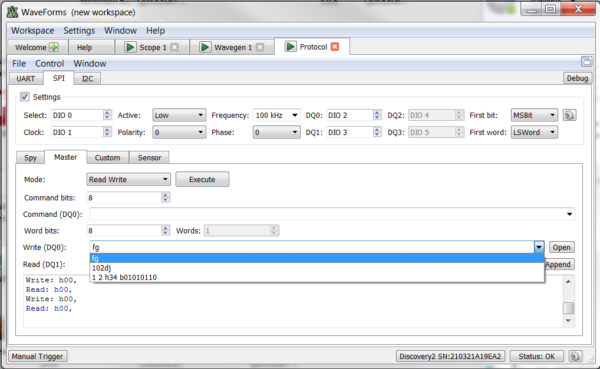 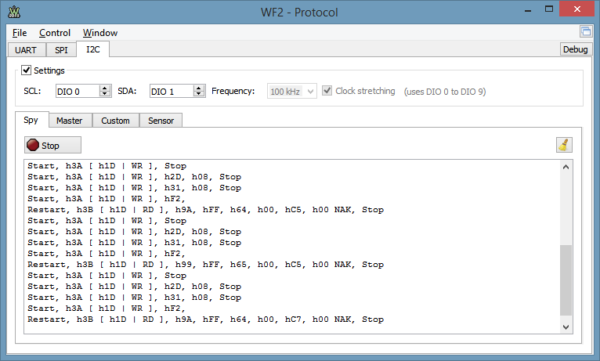 A Few Improvements to the Data Logger 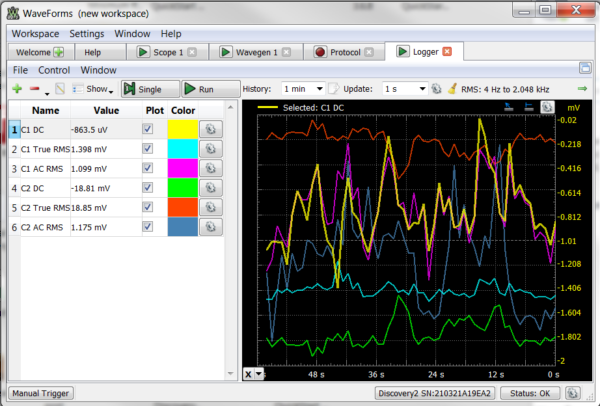 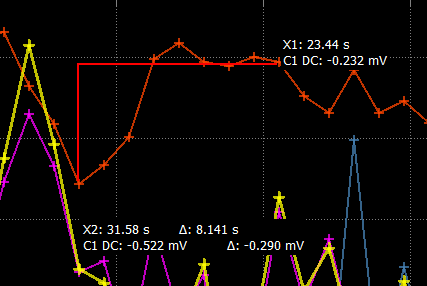 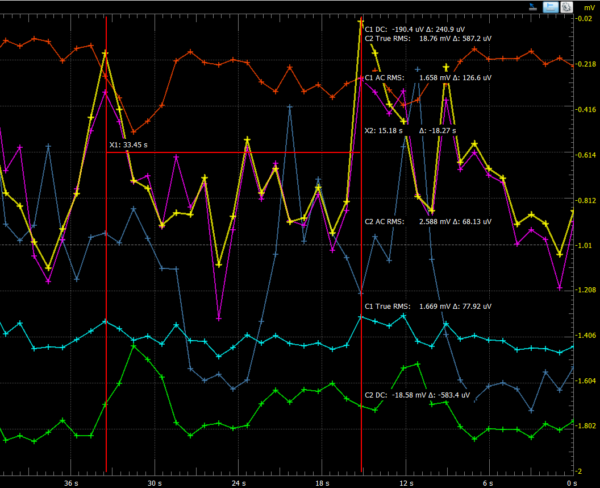 A Few New Settings on the Voltmeter

More Options On The Logic Analyzer 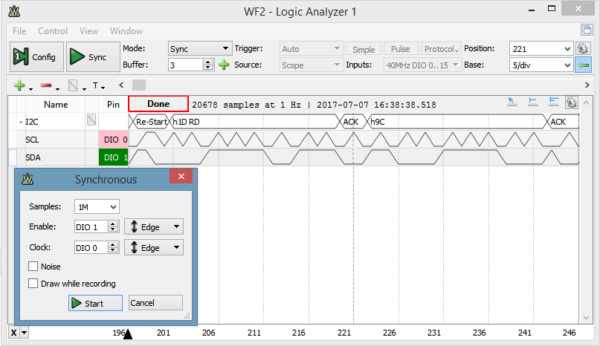 Depending on the circuit some of the settings in the Window will have to be changed. This tool can be used in Analyzer Mode as shown below. 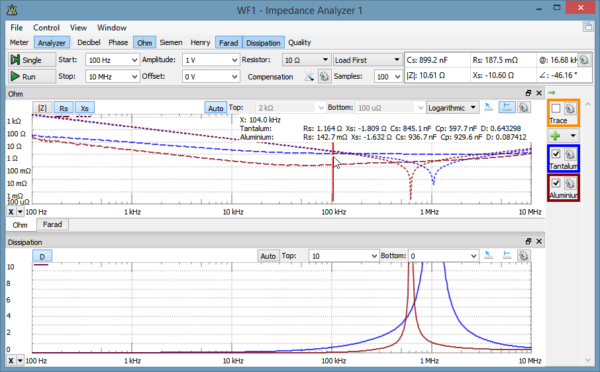 Or it can be used in simple meter mode as shown below. 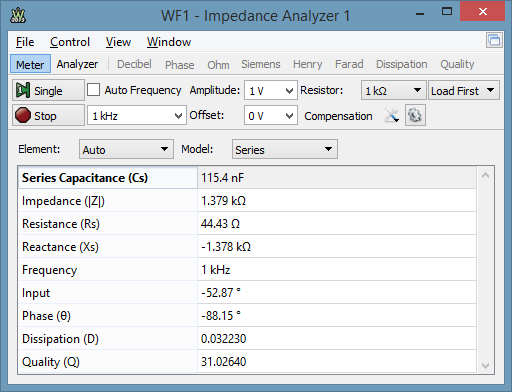 For more information on this update or to download the latest version of WaveForms 2015 go to the downloads page on the Wiki. If you have any technical questions about the functionality of this update never hesitate to post on the Digilent Forum!