We are beyond excited to announce our latest hardware collaboration with the Xilinx University Program, the PYNQ-Z1! The PYNQ-Z1 is a board that was developed to combine the productivity of the Python programming language with the flexibility of the Xilinx Zynq architechture. 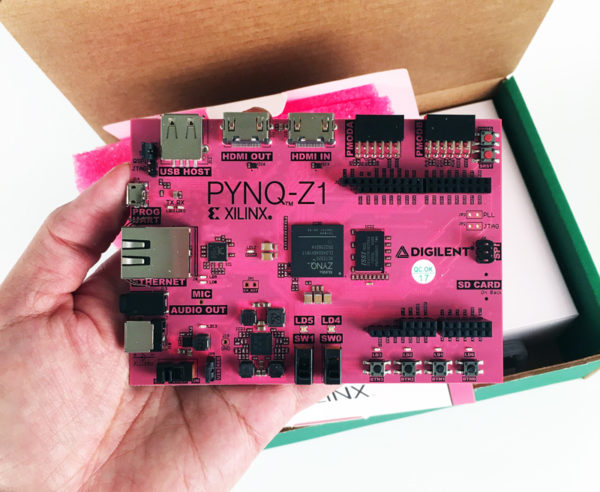 From a hardware perspective this is a very powerful board, featuring a ZYNQ 7020 APSoC, high-speed peripherals, as well as Pmod and Arduino expansion possibilities. It possesses all of the speed capabilities of our high-end ZedBoard, but with the accessibility and size of our Zybo board. 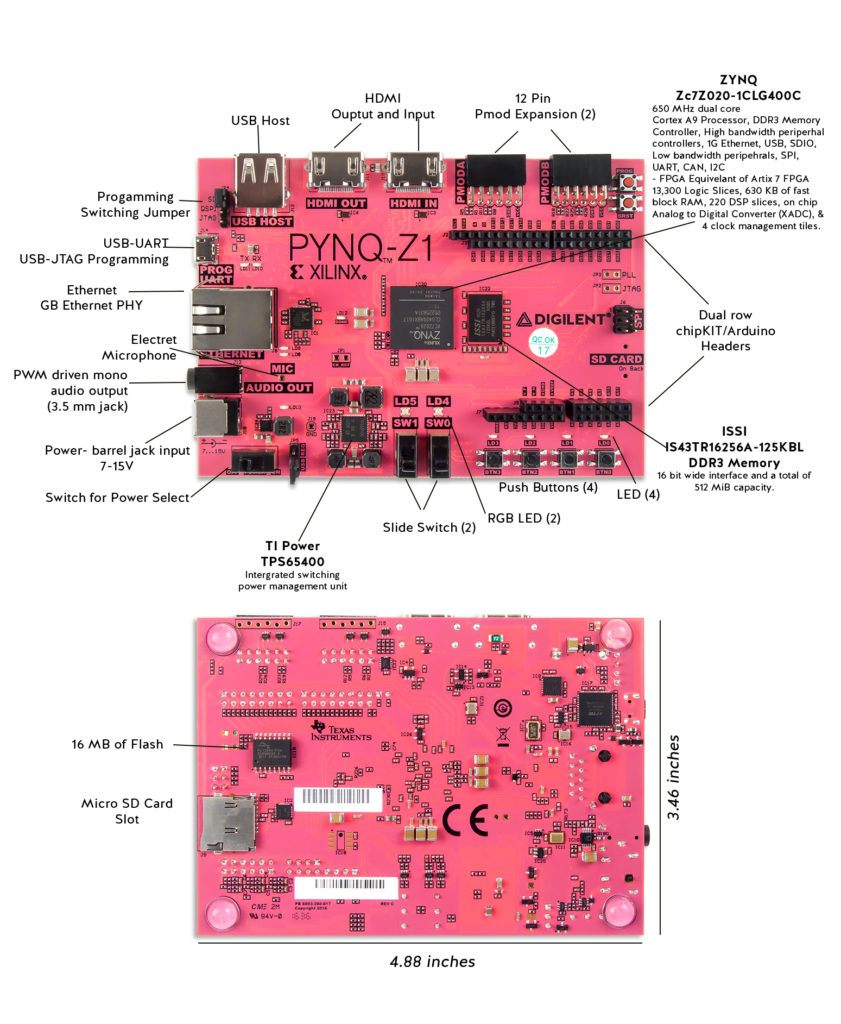 Although the hardware is stellar on this board, it is the software framework that makes it really unique.

The PYNQ-Z1 hardware was built to run within the PYNQ Framework, an open-sourced project run by the XIlinx University Program.

The project seeks to bring the flexibility and power of Xilinx Zynq technology to Python programmers. By creating hardware library frameworks that are able to be manipulated and called by Python functions, a programmer can leverage the power of both technologies. Python is a leading general purpose (productivity) language that has thousands of open-sourced libraries, and millions of users. It’s long been cited as one of the world’s top programming languages to learn. It’s powerful, and has an extremely accessible learning curve. Why Learn Python?

I/O. This allows for the Python program to run on the Cortex A9, but users can customize new “personalities” for their hardware using the FPGA.
Why use Zynq?

Imagine, one week you are using your PYNQ board to create a quadcopter drone, incorporating several motors, WiFi communication, and navigation. Then the next week, you could use the exact same hardware to make a high-speed video capture system to process license plates of passing cars. That is the power of the flexibility built into this platform!

One Comment on “Python + Zynq = PYNQ : Introducing Our Latest Collaboration!”