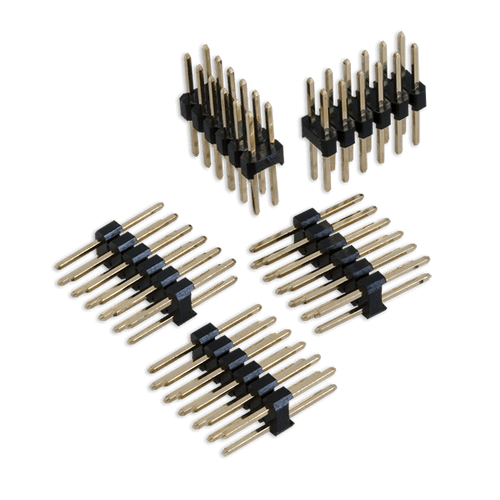 The prolific Pmod ports on Digilent and non-Digilent development boards provide a convenient way to connect peripherals and probe signals during the prototyping process. However, oftentimes a connection needs to be made between two female ports. The 2x6 pin header and gender changer is ideal for facilitating and creating a secure connection between two female ports that consist of two rows of six, or probing a 2x6 Pmod port.

They come as a dual male header with two rows of 6 pins. These headers are different than the typical pin header as the plastic spacer is equidistant from each end, providing the best option for gender changing female MTE cables and connecting to 2x6 pin Pmod ports.

Quickly find what you need to get started and reduce mean time to blink.