The Digilent Pmod USBUART (Revision A) is a USB to UART Serial converter module capable of transfer rates upwards of 3 Mbaud. 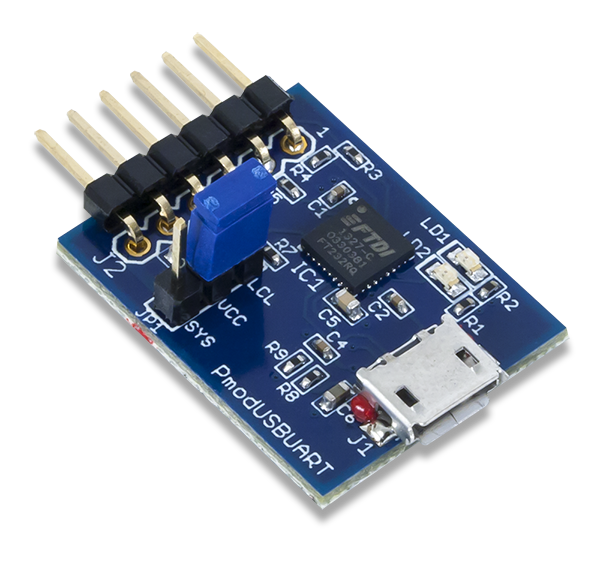 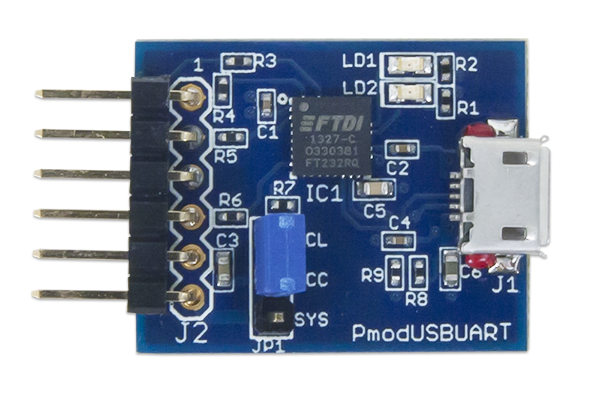 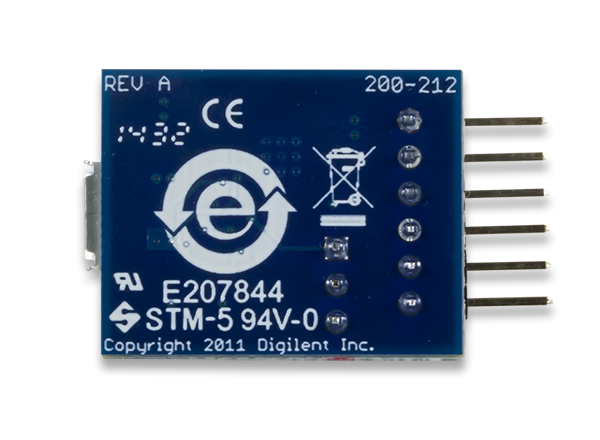 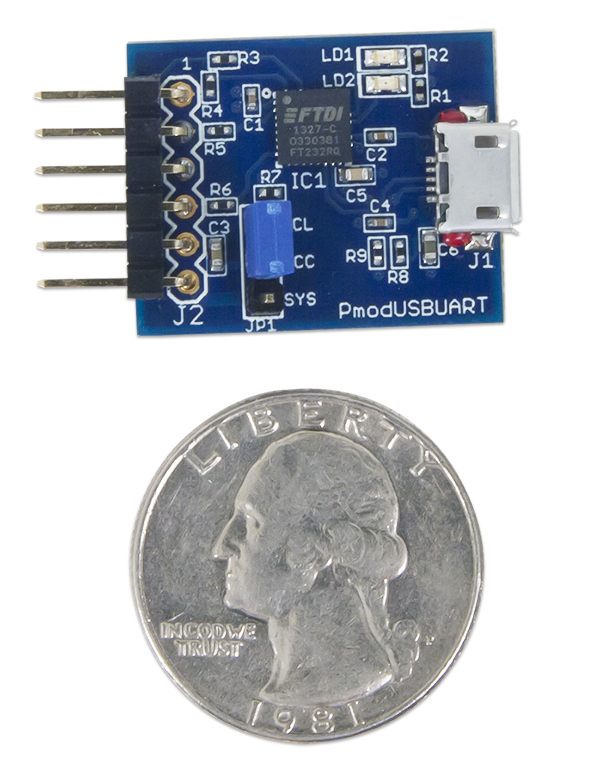 The Pmod USBUART provides a USB to UART cross-conversion through the FTDI FT232RQ. Users may send data in either direction on the Pmod and receive the converted data in the appropriate format.

The Pmod USBUART communicates with the host board via the UART protocol. Users may either provide data through the USB port and have the on-board FTDI chip automatically translate the USB styled data into the UART protocol. Similarly, data provided through UART is automatically translated by the FTDI chip to the USB interface. Different speeds, parity, and other settings can be configured through a terminal emulator on your computer. The host is presumed to be an external component so RXD (pin 2) expects to have the Pmod receive data from an external host and TXD (pin 3) expects to transmit data from the Pmod to the host. Active low handshaking signals ~RTS (Request to send output) and ~CTS (clear to send input) are provided on pins 1 and 4, respectively.

The schematics of the Pmod USBUART are available here. Additional information about the FTDI FT232RQ including communication modes and specific timings of the chip can be found by checking out its datasheet here.

Example code demonstrating how to use the Pmod USBUART can be found on it's Resource Center here.

If you have any questions or comments about the Pmod USBUART, feel free to post them under the appropriate section (“Add-on Boards”) of the Digilent Forum.