The Pmod TPH2 (Revision A) is a 12 point test header, giving users easy access to any signals passing through the Pmod. 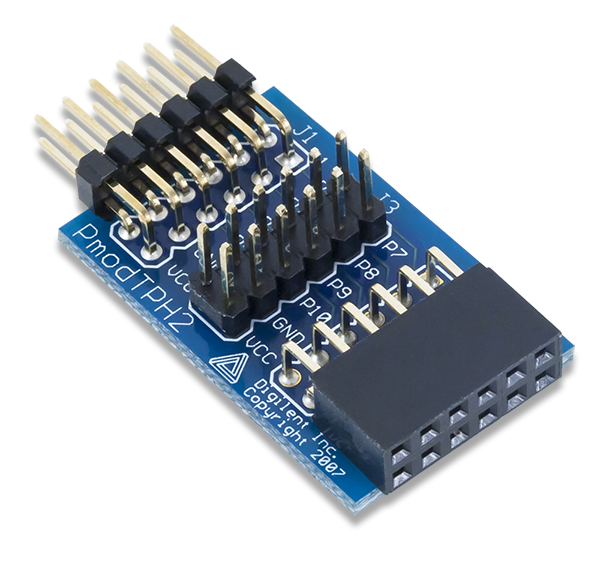 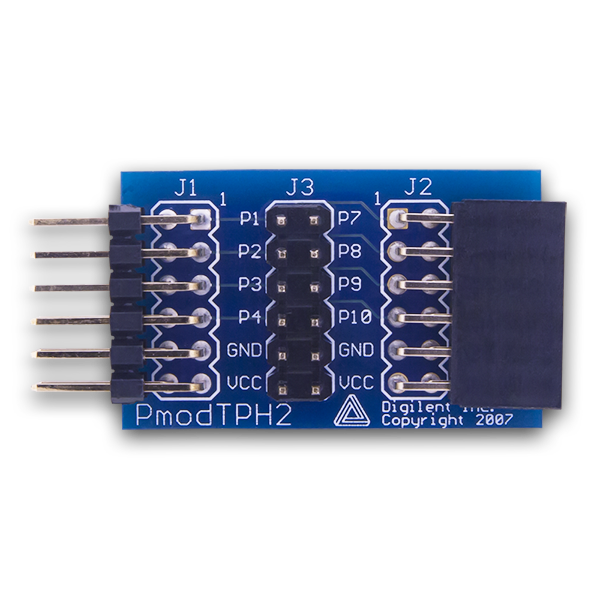 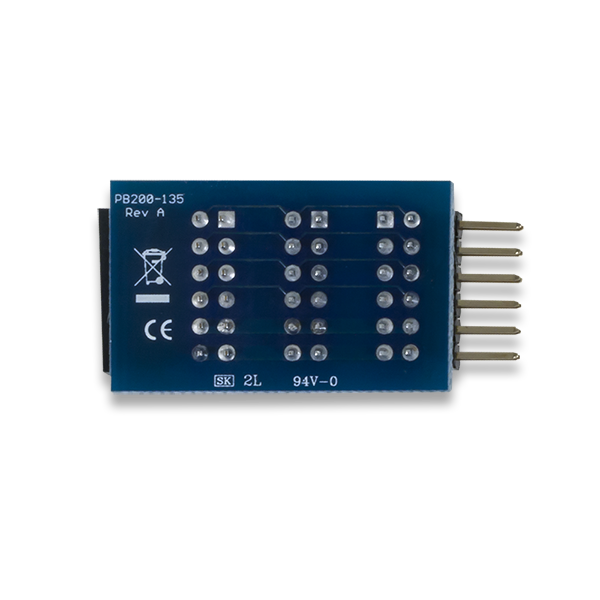 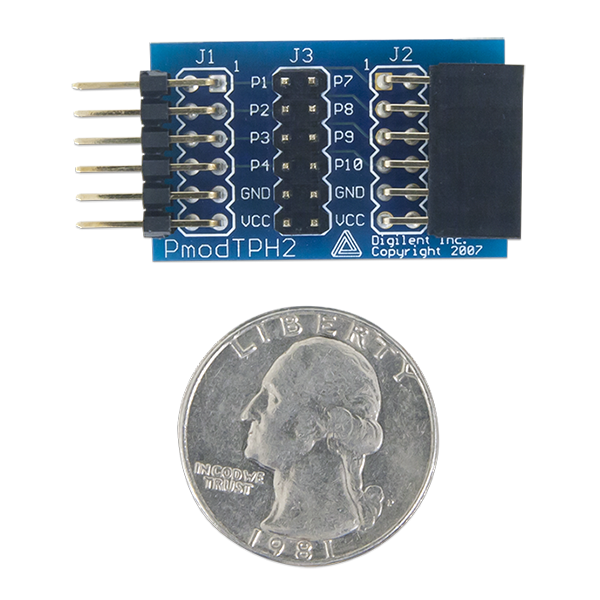 Offering 12 isolated pass through connectors, this module is able to easily able to be placed between two pieces of hardware allowing the user to observe and debug their circuit.

Attach your multimeter or oscilliscope (such as the Analog Discovery) to the vertical test point headers and measure away!

Any external power applied to the Pmod TPH2 must be able to be handled by your two pieces of hardware on either side of the Pmod.

The schematics of the Pmod TPH2 are available here.

As a straight pass through connector, no example code is available for this module.

If you have any questions or comments about the Pmod TPH2, feel free to post them under the appropriate section (“Add-on Boards”) of the Digilent Forum.