The Digilent PmodTPM3 (Revision A) is a temperature sensor module built around the Microchip TCN75A. Users may easily measure a wide range of ambient temperatures (-40°C to +125°C) at up to 0.0625 °C of resolution. 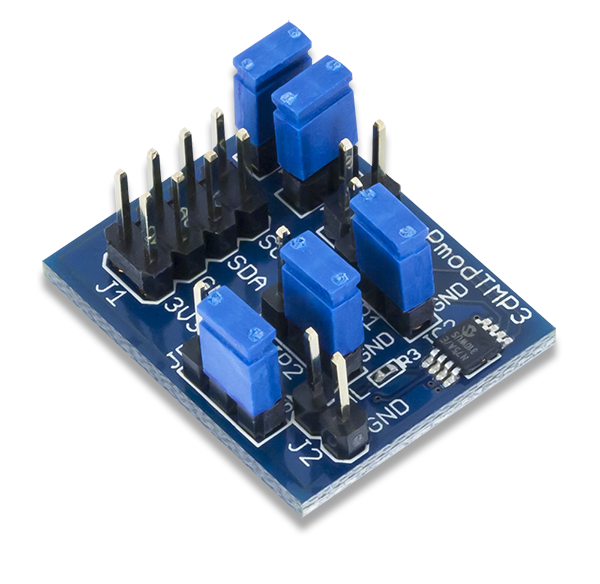 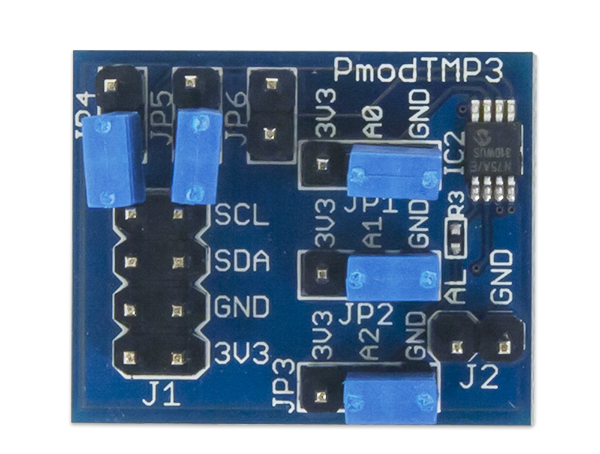 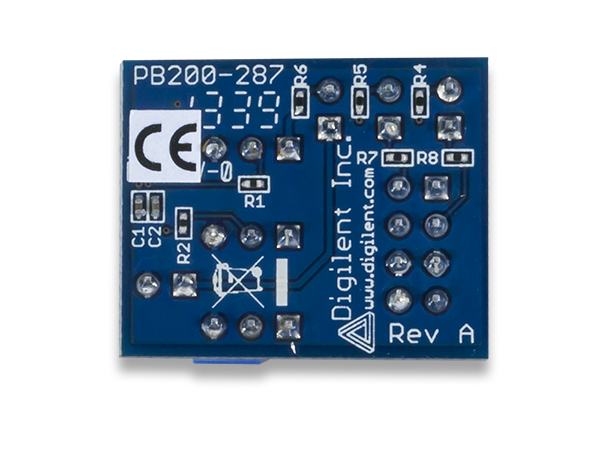 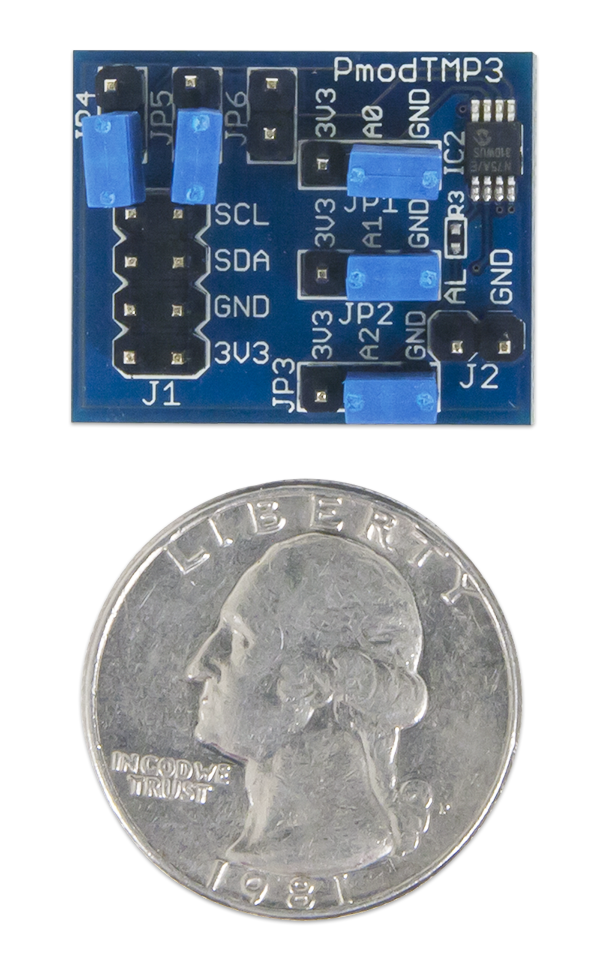 The Pmod TMP3 utilizes theMicrochip TCN75A to provide users with up to 12 bits of resolution of ambient temperature data.

The Pmod TMP3 communicates with the host board via the I²C protocol. Users may select one of 8 different I²C slave addresses ranging from 0x48 to 0x4F by adjusting the jumpers JP1, JP2, and JP3 to either be at a digital '1' (3.3V) or a digital '0' (GND). A table explaining the different options is provided below:

As an I²C device, the serial clock and serial data lines (SCL and SDA, respectively) need to be pulled up to the logic high voltage level through pull-up resistors. The Pmod TMP3 provides two jumper blocks, JP4, and JP5, that users can individually load to pull the two communication lines (JP4 for SDA and JP5 for SCL) up to a logic high voltage. Jumper JP6 enables a pull-up resistor to be used with the output alert pin.

To read from the Pmod TMP3 with its default settings of 9 bits of resolution, users will need to first write to the Pmod TMP3 the register address of the stored data (0x00). Users may then send a restart condition and perform a read operation from the Pmod, reading in the two bytes of information. The 9-bits of temperature data are arranged in a two's complement format, with the first 9 bits in the two bytes consisting of the temperature data and the remaining 7 bits as 0's.

A pinout table of the Pmod TMP3 is provided below:

The schematics of the Pmod TMP3 are available here. Additional information about the Microchip TCN75A including communication modes and specific timings of the chip can be found by checking out its datasheet here.

Example code demonstrating how to get information from the Pmod TMP3 can be found here.

If you have any questions or comments about the Pmod TMP3, feel free to post them under the appropriate section (“Add-on Boards”) of the Digilent Forum.