The Digilent Pmod TMP2 (Revision B) is a temperature module allowing users to detect ambient temperatures ranging from -40 °C to 150 °C. 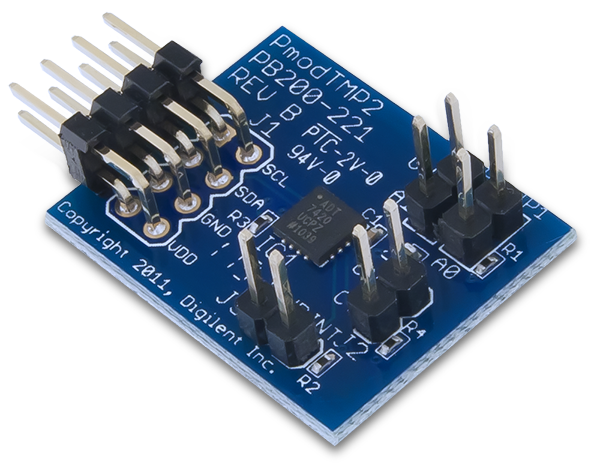 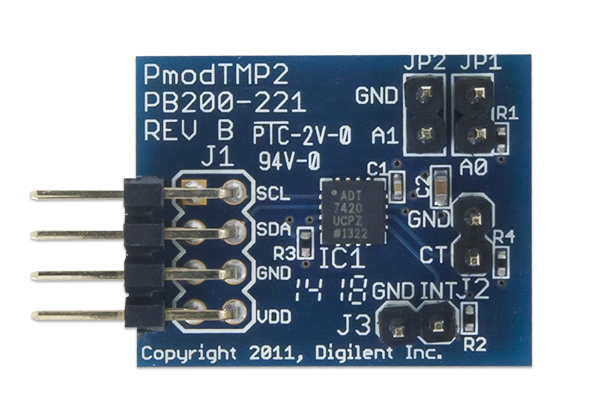 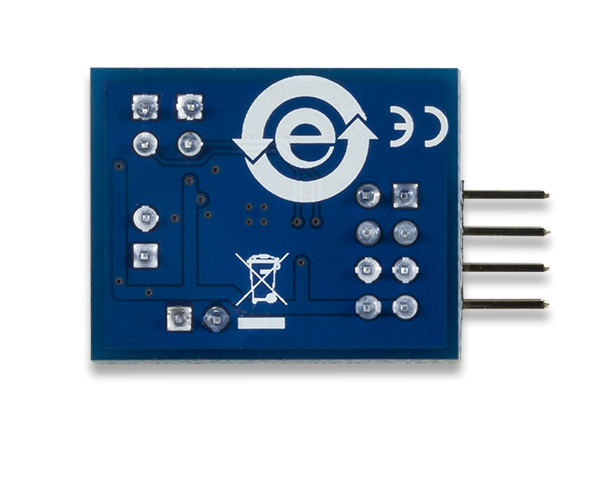 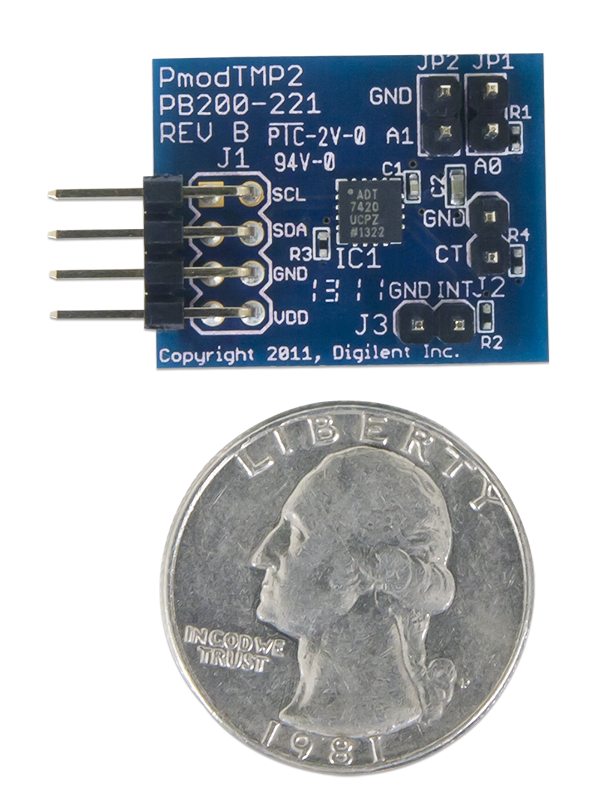 The Pmod TMP2 utilizes the Analog Devices ADT7420. Users may measure the ambient temperature at a default resolution of 0.0625 °C.

The Pmod TMP2 communicates with the host board via the I²C protocol. Users may select one of the four I²C addresses based on the status of the JP1 and JP2 jumper blocks. A table listing the various settings and resulting address is provided below.

Then, issue a restart condition and perform a read for two bytes of data (the register address is auto-incremented). Users may also notice that because the register address for the temperature data is 0x00, they may read the two data registers upon power-up without having to write to the address register because it is already in the correct location. The address register will need to be written to for subsequent readings.

By default, the Pmod TMP2 collects data with 13 bits of resolution including the sign bit. Users may calculate the corresponding decimal temperature by reading the 13 bits (with the most significant bit as the sign bit) in a two's complement format and dividing by 16 (for 13-bit resolution). Thus, one equation that could be used to determine the measured temperature could be:

* The 212 comes from the fact that there are 12 bits of integer data in the 13-bits of resolution.

Any external power applied to the Pmod TMP2 must be within 2.7V and 5.5V; however, it is recommended that Pmod is operated at 3.3V.

The schematics of the Pmod TMP2 are available here. Additional information about the ADT7420 including communication modes and specific timings of the chip can be found by checking out its datasheet here.

Example code demonstrating how to get information from the Pmod TMP2 can be found here.

If you have any questions or comments about the Pmod TMP2, feel free to post them under the appropriate section (“Add-on Boards”) of the Digilent Forum.