Please note: Digilent does not currently sell compatible stepper motors for the Pmod STEP.
The Pmod STEP is retired and no longer for sale in our store.

The Digilent Pmod STEP (Revision A) can drive either a 4-pin or 6-pin stepper motor. 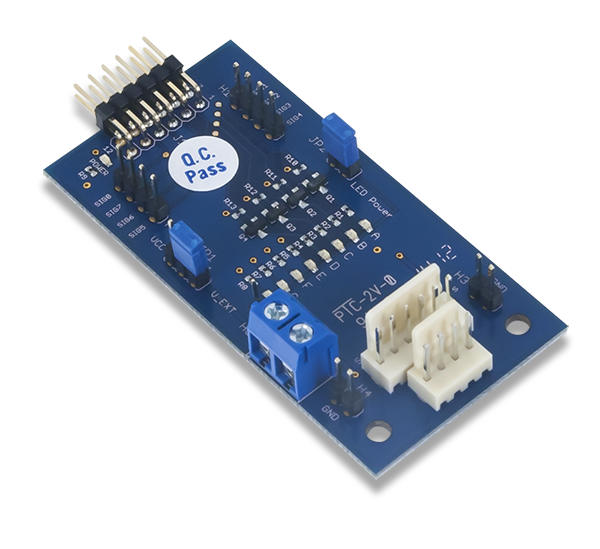 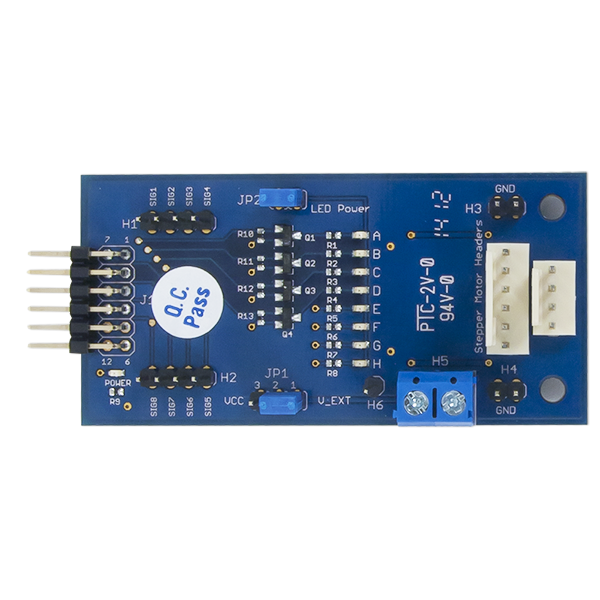 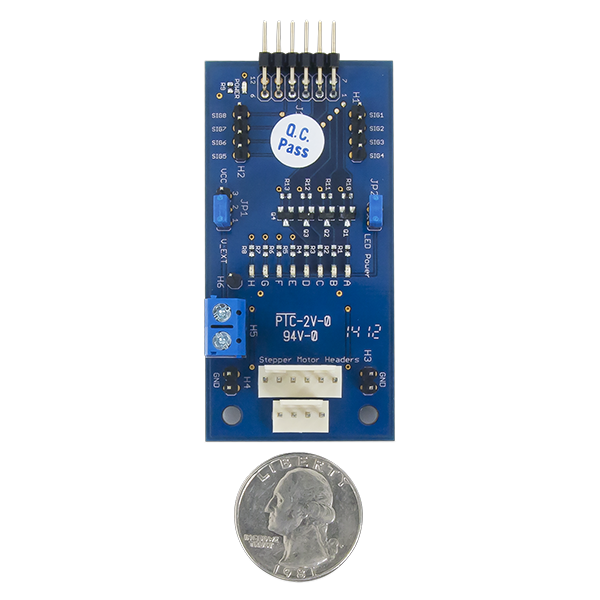 The Pmod STEP utilizes ST's four channel driver, a L293DD, to drive stepper motors at higher currents than a system board can typically provide from their logic outputs. External test point headers and LEDs are provided for easy testing and observation of the propagation of signals.

The Pmod STEP communicates with the host board via the GPIO protocol.

This Pmod offers headers for both 4-pin and 6-pin stepper motors. Stepper motors work by alternately energizing the coils to different polarities inducing the stepper motor to rotate.

4-pin stepper motors only work in the bipolar configuration, requiring that the two inputs on each electromagnetic coil are brought to the correct logic level voltages to induce current flow in the correct direction. The 6-pin stepper motor header on this Pmod can be oriented for either bipolar or unipolar configuration. The two extra pins on this header provide two positive power pins as a source of current for when an input on one end of a coil is driven to a logic low voltage level.

Any external power applied to the Pmod STEP must be within 4.5V and 36V; it is recommended that Pmod is operated at 5V.

The schematics of the Pmod STEP are available here. Additional information about the four channel driver chip including specific timings can be found by checking out its datasheet here.

Example code demonstrating how to get information from the Pmod STEP can be found here.

If you have any questions or comments about the Pmod STEP, feel free to post them under the appropriate section (“Add-on Boards”) of the Digilent Forum.