The Digilent Pmod SSD (Revision A) is a 2 digit seven-segment display commonly used to display a counter or timer. 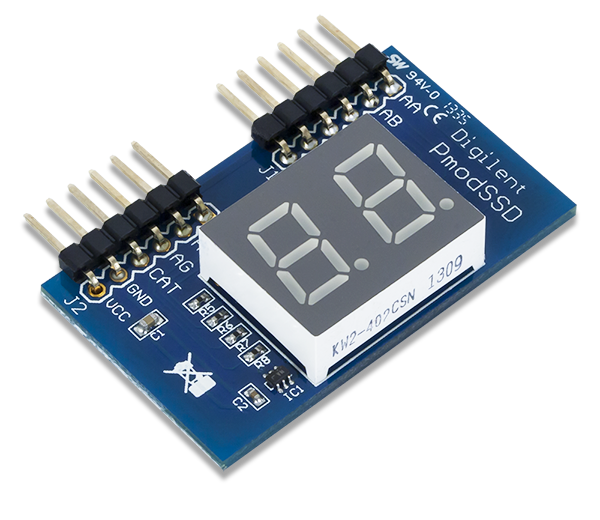 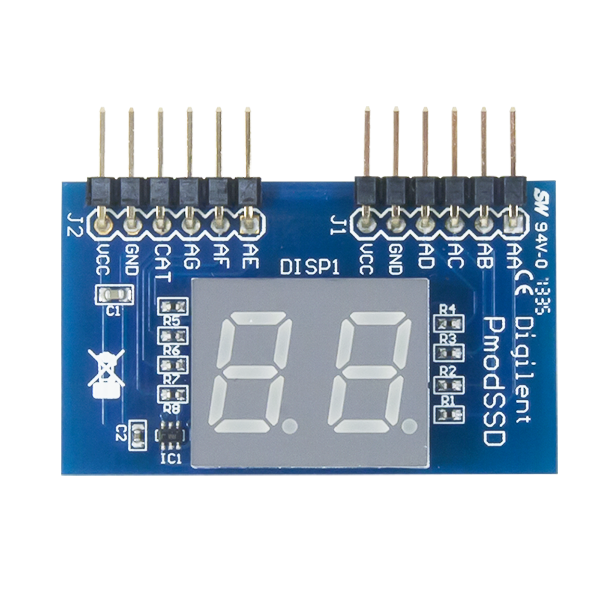 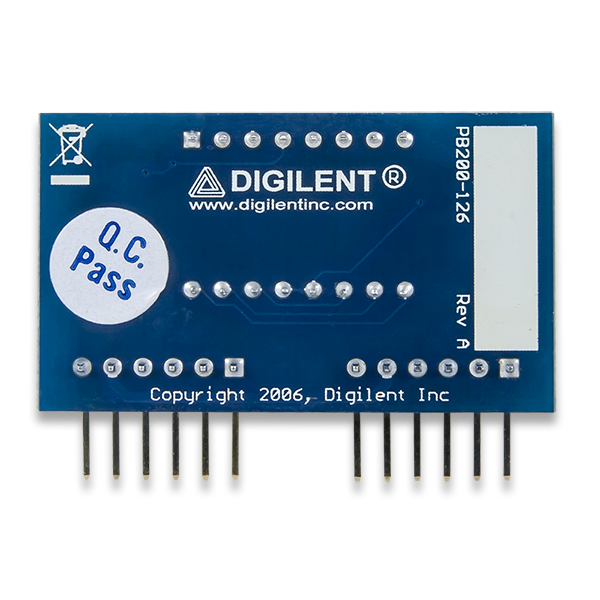 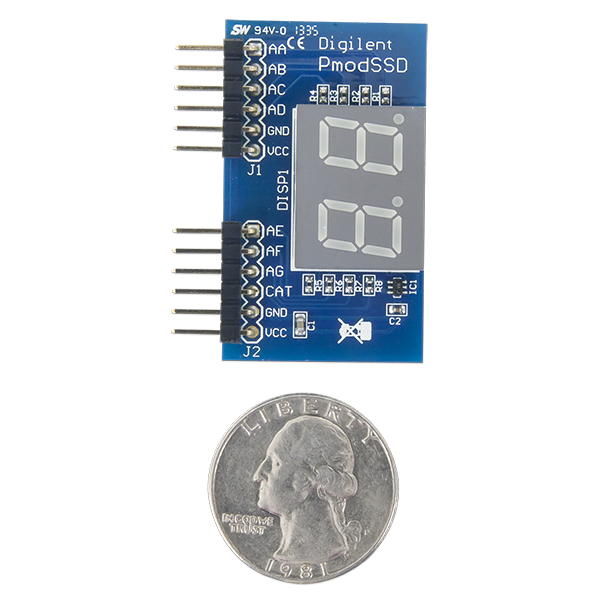 The Pmod SSD communicates with the host board via the GPIO protocol. A logic level high signal on a particular anode will light up that respective segment on whichever digit is currently enabled. Users are able to select a particular digit by driving the Digit Selection pin (C) to a logic high or low voltage.

Because only one digit can be lit at a particular time, users that want to use both digits to display a particular value will need to alternately light up the two digits at least every 20 milliseconds (50 Hz). This will correlate to each digit being lit up for 10 milliseconds each before the other segment needs to be “turned on”. Higher refresh rates can be achieved by alternating which digit is currently powered at shorter time intervals. 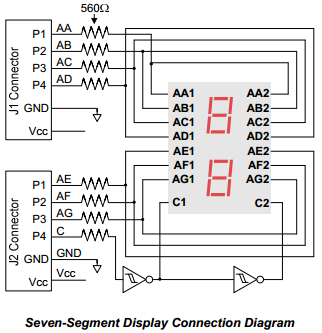 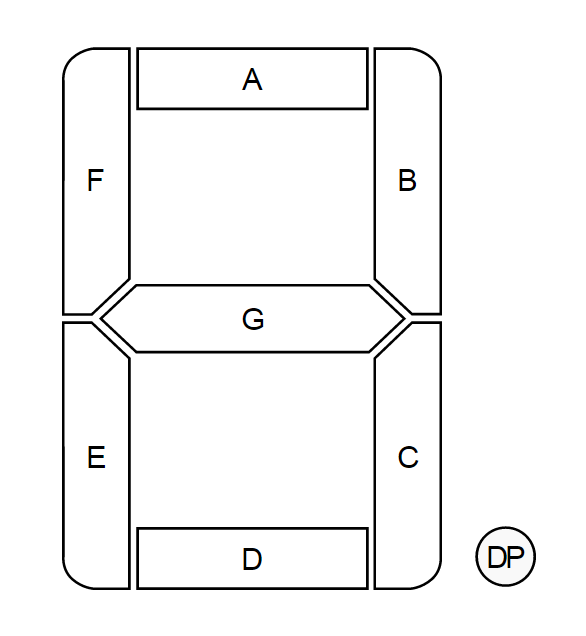 Any external power applied to the Pmod SSD must be within 2.7V and 5.25V; however, it is recommended that Pmod is operated at 3.3V.

The schematics of the Pmod SSD are available here.

Example code demonstrating how to get information from the Pmod SSD can be found here.

If you have any questions or comments about the Pmod SSD, feel free to post them under the appropriate section (“Add-on Boards”) of the Digilent Forum.