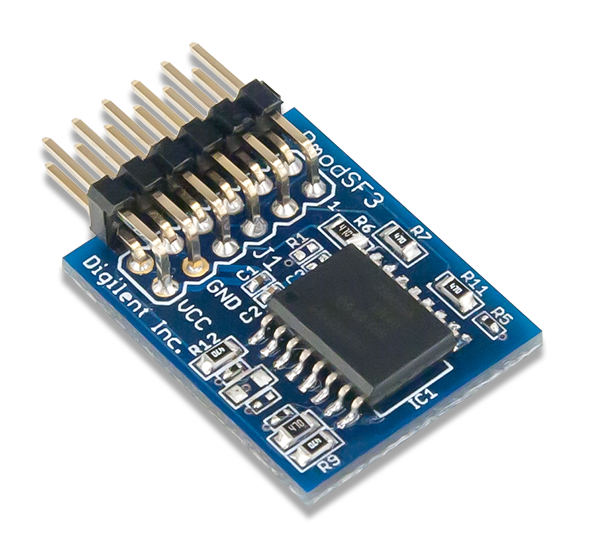 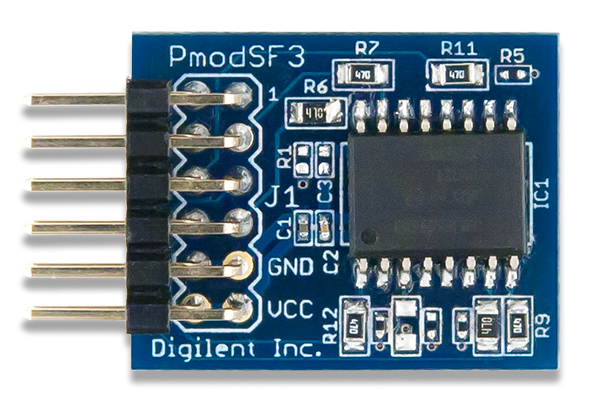 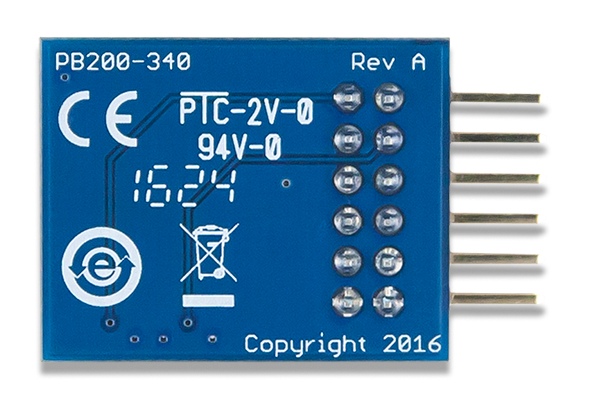 Note¹ - Data in the Typical Column uses VCC at 3.3V unless otherwise noted
Note² - During a read, program, or erase command
Note³ - When used with host boards that include series resistors on the Pmod ports the recommended max speed is 25MHz

The Pmod SF3 communicates with the host board via the SPI protocol. By bringing the Chip Select line logic level low voltage, users may issue a single byte instruction code to memory chip. A table of available commands can be found in the data sheet for the N25Q256A here starting on page 28.

The memory is byte-addressed with the range of 0x000000 to 0x1FFFFFF and is organized into 256 byte pages, 4 KB subsectors, and 64 KB sectors. The memory is written by using an Erase-Program cycle. The smallest programmable unit is one page and the smallest erasable unit is 1 subsector.

Users that wish to simply use the memory module without concerning themselves with the dual/quad input and output communication may use the example code and tutorials found on the Pmod SF3 Resource Center.

Any external power applied to the Pmod SF3 must be within 2.31V and 3.7V; it is strongly recommended the Pmod is operated at 3.3V.

The schematics of the Pmod SF3 are available here. Additional information about the Flash Memory module including communication modes and specific timings of the chip can be found by checking out its datasheet here.

More specific information about how to use the Pmod SF3 can be found by checking out the PmodSF3 Resource Center.

If you have any questions or comments about the Pmod SF3, feel free to post them under the appropriate section (“Add-on Boards”) of the Digilent Forum.