The Digilent Pmod RTCC (Revision A) is a real time clock and calendar module with battery backup capabilities. 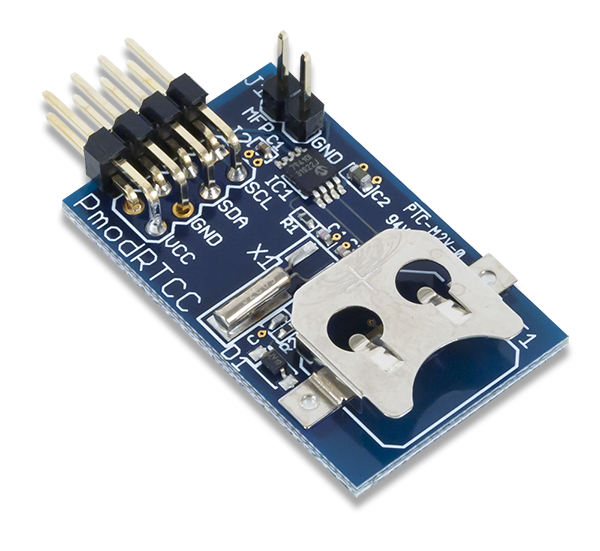 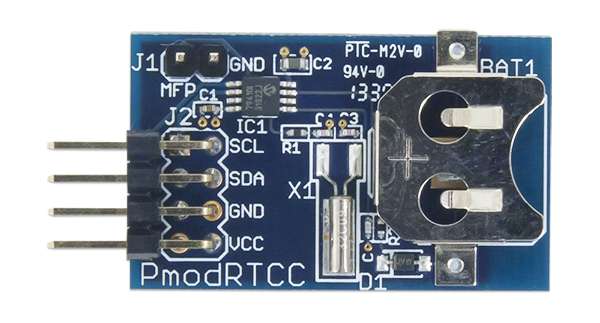 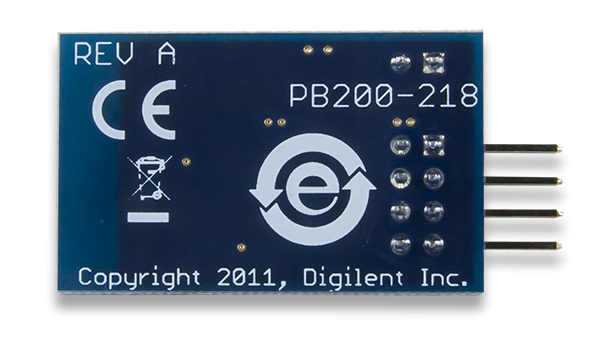 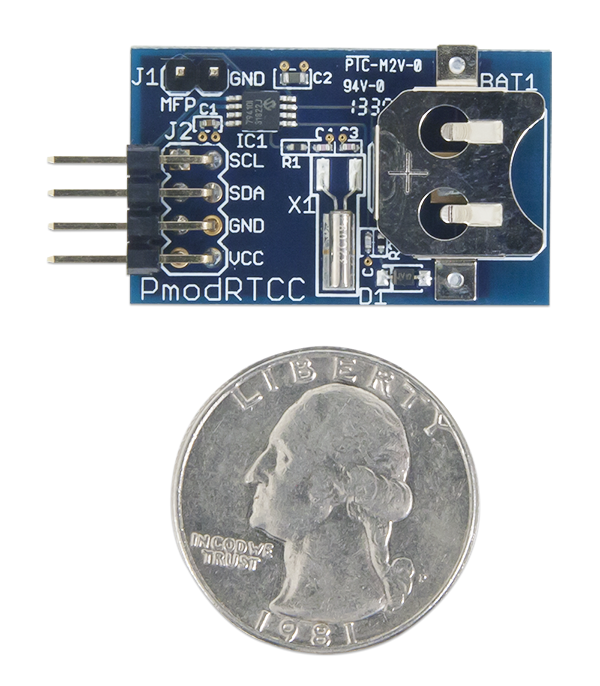 The Pmod RTCC utilizes Microchip's MCP74910 to provide accurate time-keeping and alarm configuration for any long-term (or short-term) project.

The Pmod RTCC communicates with the host board via the I²C protocol. By sending the Pmod a control byte of '1101111X', where X indicates a read (1) or a write (0) operation, users may program the module with both the current time as well as configuring the two alarms.

As the Pmod RTCC operates both as a real time clock, a calendar, and an alarm, users may have it simply act as analog clock by having it output a 1 Hz square wave. Alternatively, the module could be configured to chime every every hour or to let you know when it is your birthday.

Any external power applied to the Pmod RTCC must be within 1.8V and 5.5V; however, it is recommended that Pmod is operated at 3.3V.

The Pmod RTCC is also able to run off of a coin cell battery and automatically switch to using battery power when Vcc drops below approximately 1.5V.

The schematics of the Pmod RTCC are available here. Additional information about the MCP79410 including communication modes and specific timings of the chip can be found by checking out its datasheet here.

Example code demonstrating how to get information from the Pmod RTCC can be found here.

If you have any questions or comments about the Pmod RTCC, feel free to post them under the appropriate section (“Add-on Boards”) of the Digilent Forum.