The Digilent Pmod RS232 (Revision B) converts between digital logic voltage levels to RS232 voltage levels. The RS232 module is configured as a data communications equipment (DCE) device. It connects to data terminal equipment (DTE) devices, such as the serial port on a PC, using a straight-through cable. 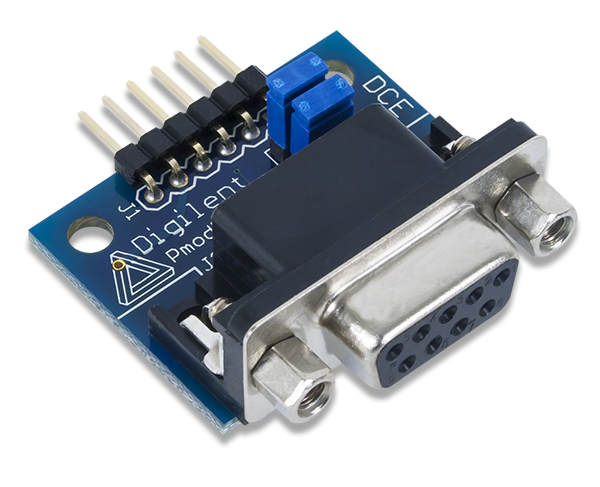 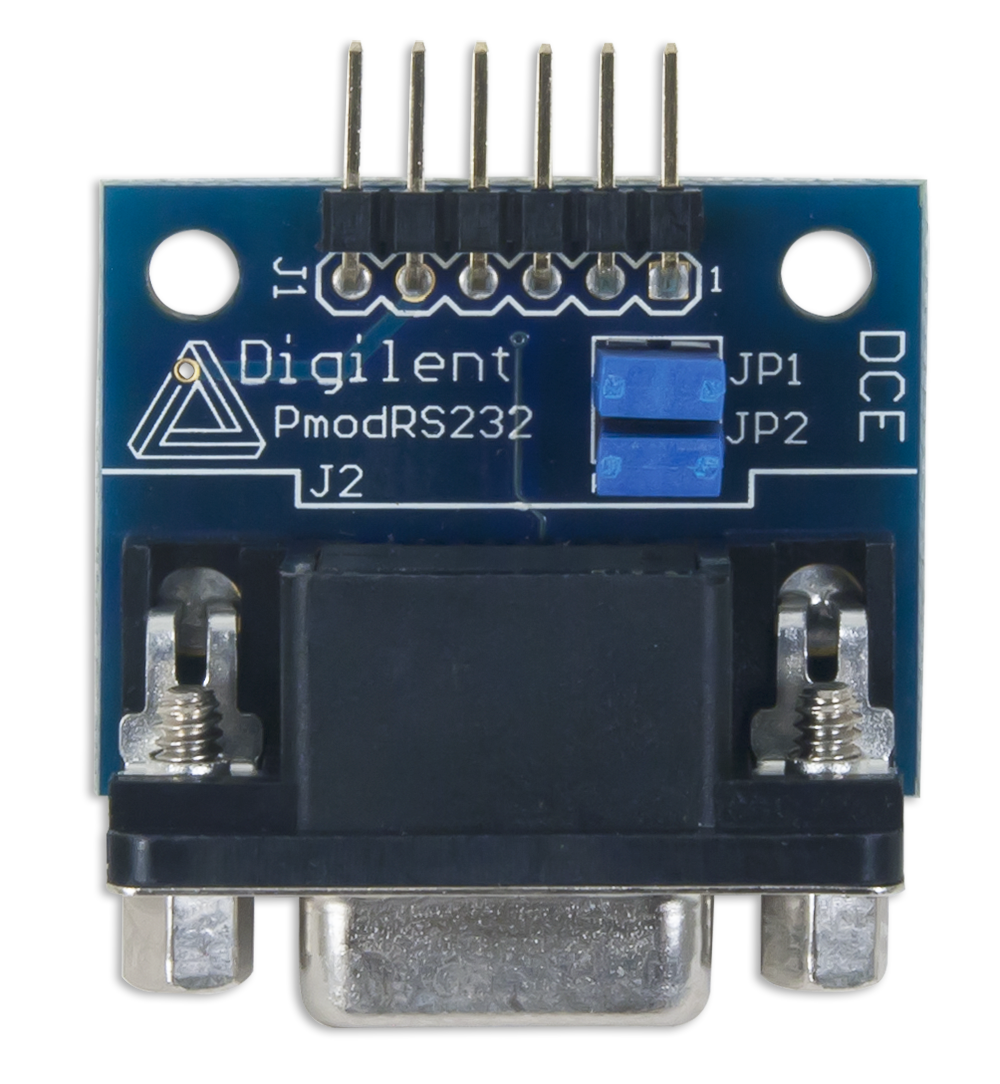 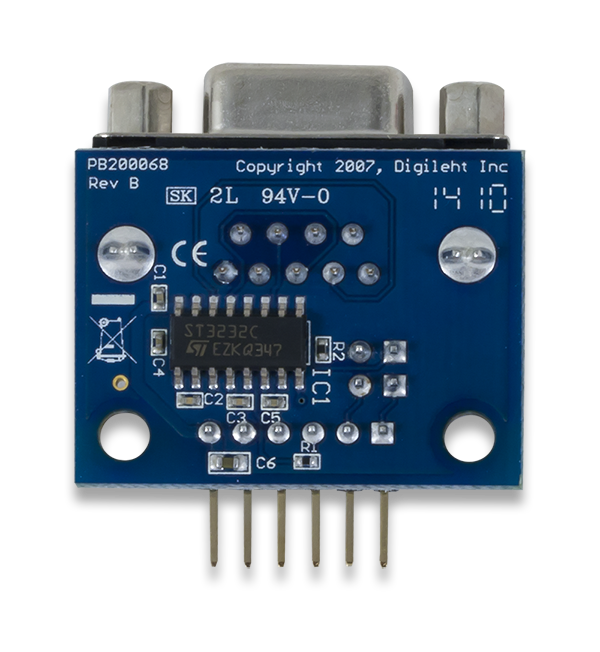 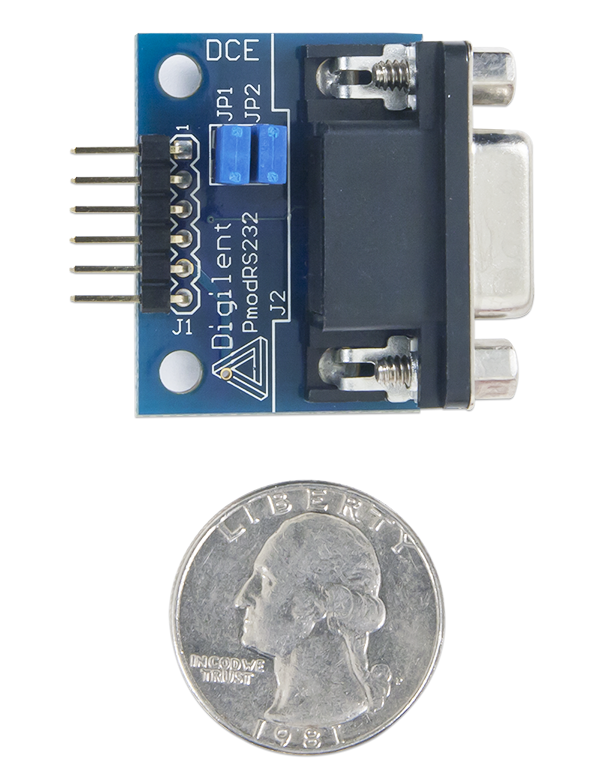 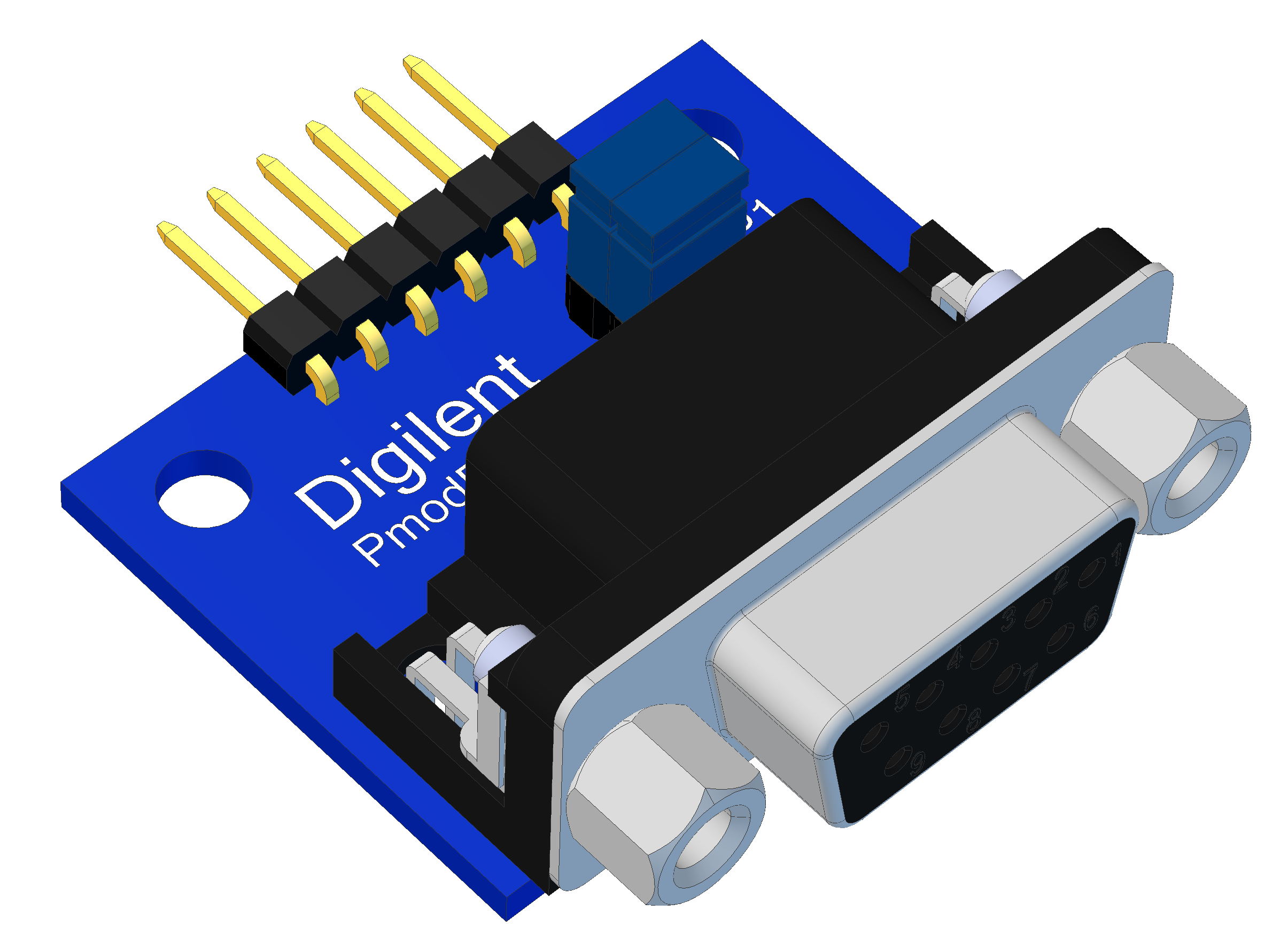 The Pmod RS232 utilizes the Maxim Integrated MAX3232 transceiver to allow the system board to communicate with UART compatible devices or other components that use a serial interface.

The Pmod RS232 communicates with the host board via the UART protocol. The arrangement of the pins is the old UART communication style (Type 3 in the Digilent Pmod Interface Specification) so that a crossover cable will be required if attaching this Pmod to one of the dedicated UART Pmod headers on any of the newer Digilent microcontroller boards. For a list of which MCU boards use the old UART protocol, see this document: connecting_uart_pmod_interfaces.pdf.

A pinout description table and diagram for the Pmod RS232 are provided below: 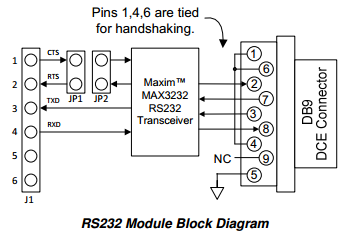 There are two jumper blocks on the Pmod RS232; JP1 and JP2. These jumper blocks allow the Pmod RS232 to communicate in either a 3-wire or 5-wire operation. When the jumper block on JP2 is loaded and the block on JP1 is unloaded, the on-board chip has its RTS and CTS lines tied together, indicating to the MAX3232 that it is free to transfer data whenever it receives any and enabling 3-wire communication. JP1 must be unloaded in this configuration to ensure that pins 1 and 2 on the Pmod header are not shorted together which could potentially damage the system board.

Any external power applied to the Pmod RS232 must be within 3V and 5.5V; however, it is recommended that Pmod is operated at 3.3V.

The schematics of the Pmod RS232 are available here. Additional information about on-board transceiver module can be found from its datasheet here.

Example code demonstrating how to get information from the Pmod RS232 can be found here.

If you have any questions or comments about the Pmod RS232, feel free to post them under the appropriate section (“Add-on Boards”) of the Digilent Forum.