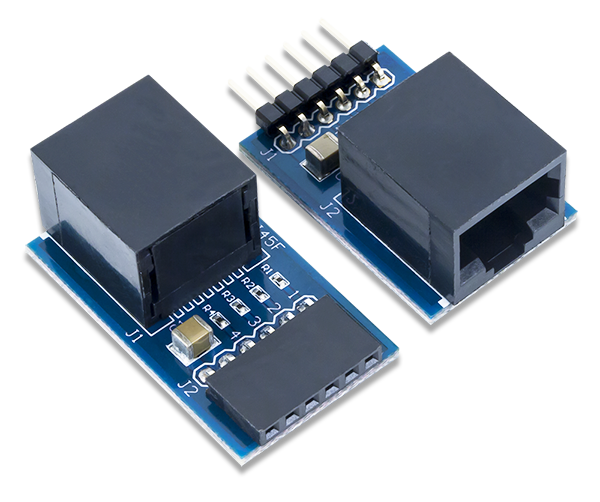 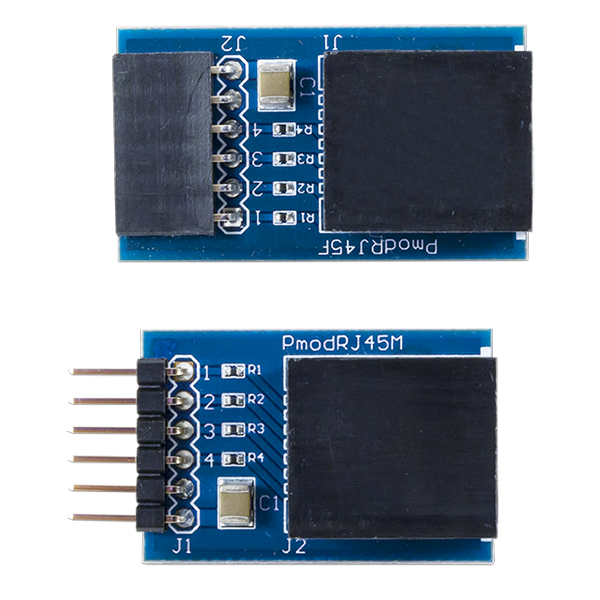 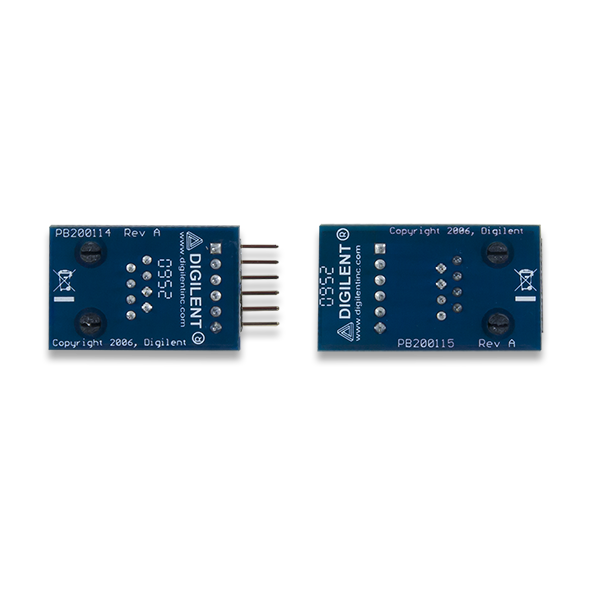 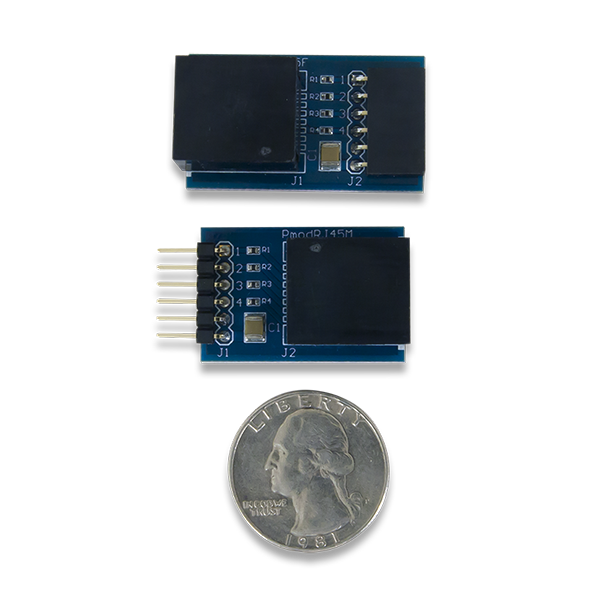 The Pmod RJ45 utilizes the traces on RJ45 cables (Ethernet cables) to transmit signals through the cable to the other side. Although the cables are typically used for Ethernet, the data lines can also be used as general purpose inputs and/or outputs as they are essentially just wires. The benefit is to be able to use a widely used shielded cable that nicely contains and conceals all of the data and power wires.

The Pmod RJ45 communicates with the host board via the GPIO protocol. Since there are four data wires available, other communication protocols such as UART, SPI, or I²C could also be sent through these wires as long as the RJ45 cable is not prohibitively long for the the specific protocol to work correctly.

Any external power applied to the Pmod RJ45 must be within the limitations of the device receiving power on the other end of the Ethernet cable.

Example code demonstrating how to get information from the Pmod RJ45 can be found here.

If you have any questions or comments about the Pmod RJ45, feel free to post them under the appropriate section (“Add-on Boards”) of the Digilent Forum.