The Digilent Pmod R2R (Revision B) is an 8-bit Digital-to-Analog converter. It may not look as sleek and professional as some of the other DACs that are out there, but on a fundamental level that is easy to see, this Pmod does exactly the same thing as its counterparts. 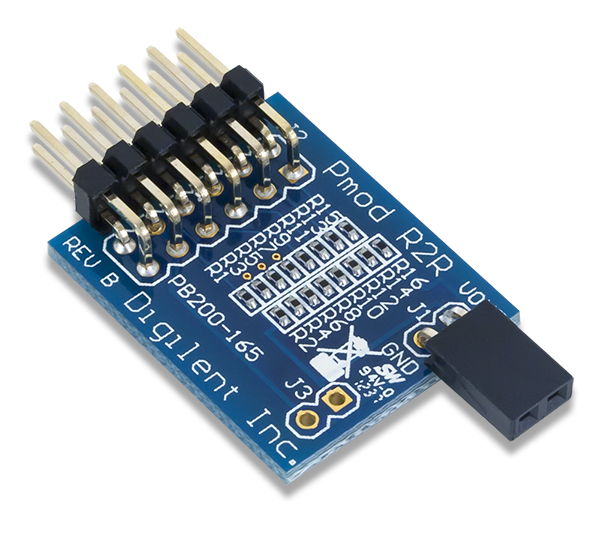 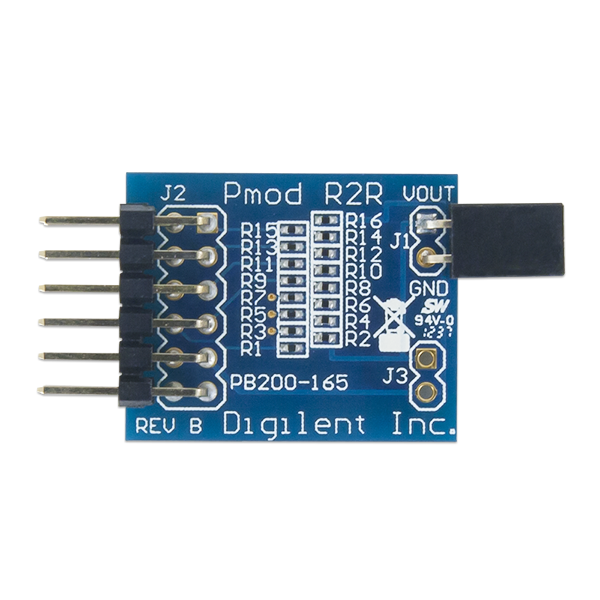 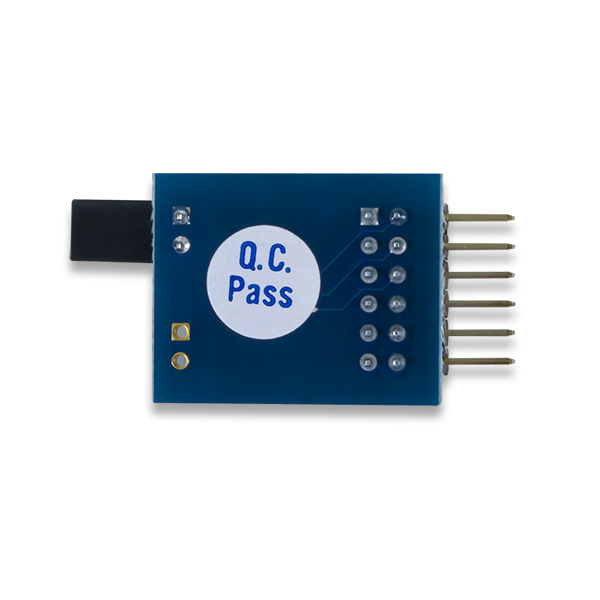 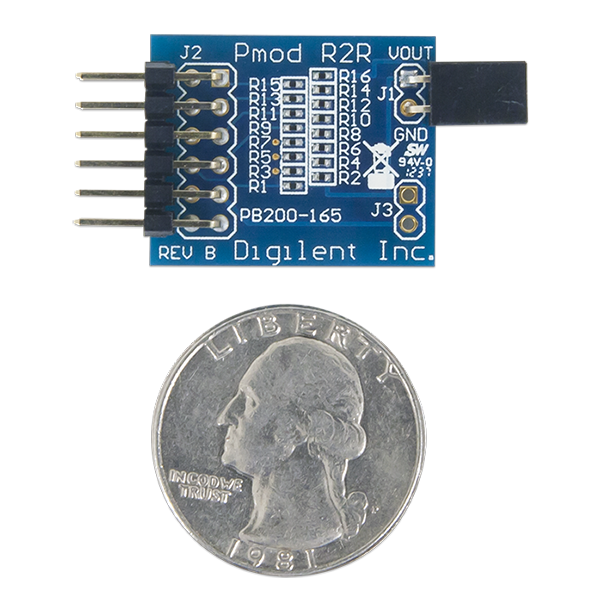 The Pmod R2R accepts 8 bits in parallel, either at a logic low or high voltage, which then go through a resistor ladder to output a desired voltage. The “R2R” resistor ladder is one of the most popular ways that digital-to-analog converters take a set of digital inputs and create a single analog output, requiring just two resistor values of R and 2*R. Because this Pmod only uses 10K Ω and 20K Ω resistors, very little current is drawn from the input pins.

The Pmod R2R communicates with the host board via the GPIO protocol. Each of the 8 input pins are expected to send out either a logic high or logic low voltage signal in such a way that represents the desired binary ratio of the full analog output.

The schematics of the Pmod R2R are available here.

Example code demonstrating how to get information from the Pmod R2R can be found here.

If you have any questions or comments about the Pmod R2R, feel free to post them under the appropriate section (“Add-on Boards”) of the Digilent Forum.