The Digilent Pmod PS/2 (Revision C) is a module that allows users to attach a PS/2 compatible keyboard or mouse to their system board. 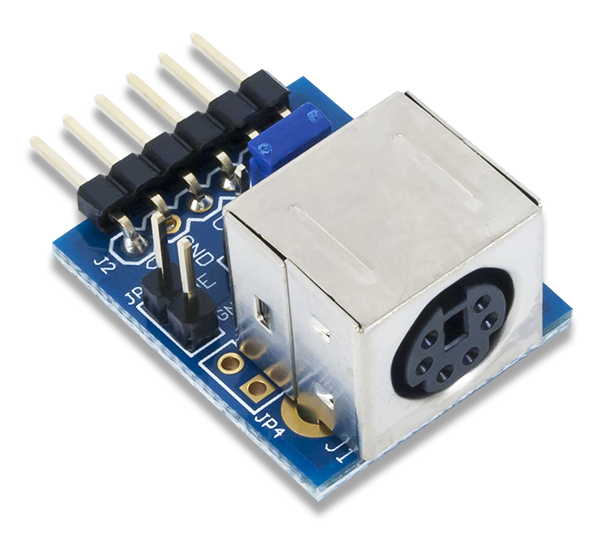 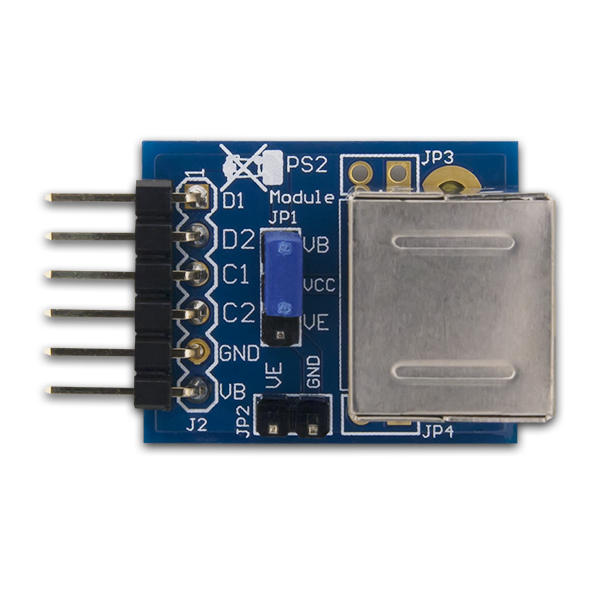 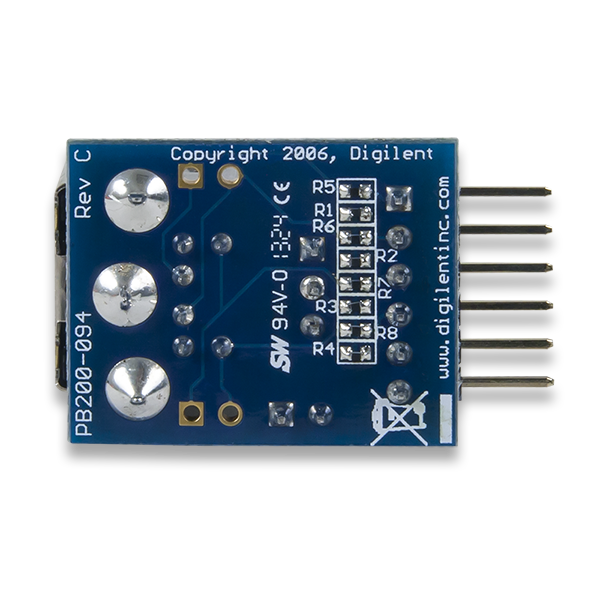 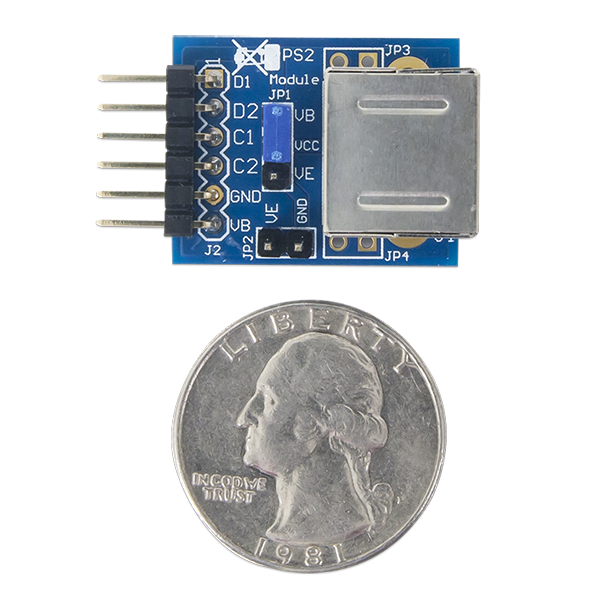 The Pmod PS/2 module is a standard PS/2 connector that by nature of the PS/2 supports N-KEY rollover. This is a feature that guarantees that every movement and key press will be received and addressed. Naturally, whether or not the key press will actually perform a function is dependent on the software, but the system board will still receive all of the inputs.

The Pmod PS/2 communicates with the host board via the GPIO protocol. Both the keyboard and mouse will use a data and a clock line to communicate their information to the system board. Specific details on how this is done are available in their respective sections below. 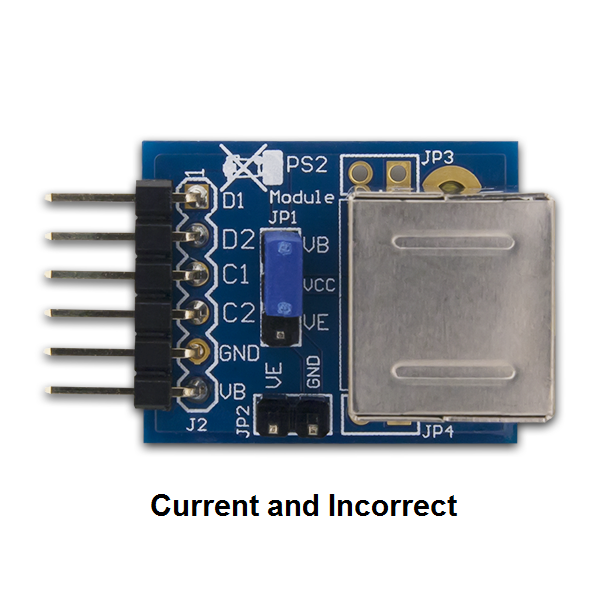 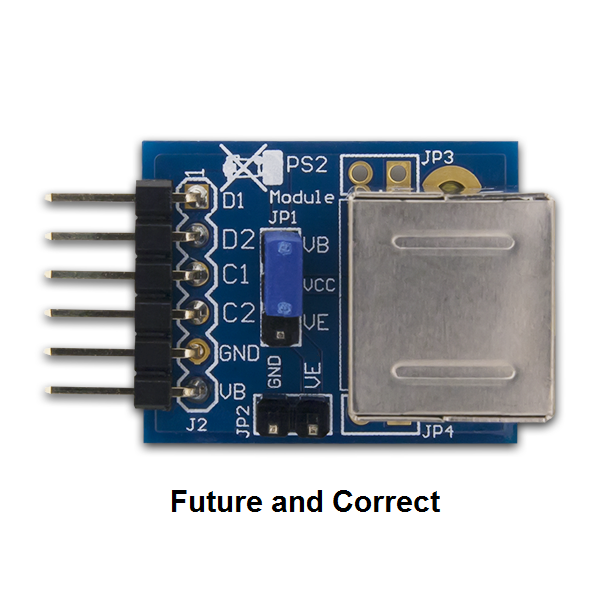 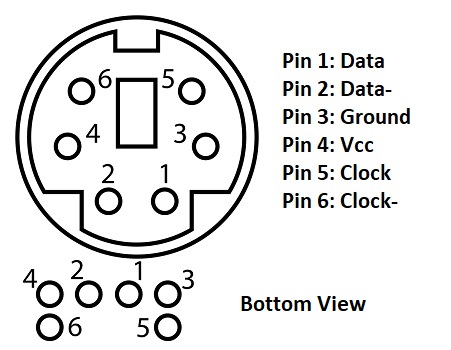 The keyboard and mouse both use identical signal timings. Both use 11-bit words that include a start, stop, and odd parity bit, but the data packets are organized differently, and the keyboard interface allows bi-directional data transfers (so the host device can illuminate state LEDs on the keyboard). Bus timings are shown below. The clock and data signals are only driven when data transfers occur, and otherwise they are held in the “idle” state at logic ‘1’. The timings define signal requirements for mouse-to-host communications and bi-directional keyboard communications. 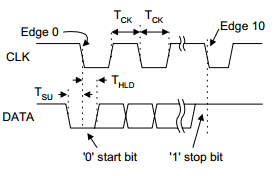 PS/2-style keyboards use scan codes to communicate key-press data (nearly all keyboards in use today are PS/2 style). Each key has a single, unique scan code that is sent whenever the corresponding key is pressed. If the key is pressed and held, the scan code will be sent repeatedly once every 100ms or so. When a key is released, an “F0” key-up code is sent, followed by the scan code of the released key. If a key can be “shifted” to produce a new character (like a capital letter), then a shift character is sent in addition to the original scan code, and the host device must determine which character to use. Some keys, called extended keys, send an “E0” ahead of the scan code (and they may send more than one scan code). When an extended key is released, an “E0 F0” key-up code is sent, followed by the scan code. Scan codes for most keys are shown in the keyboard diagram below.

A host device can also send data to the keyboard. Below is a short list of some oft-used commands.

The keyboard sends data to the host in 11-bit words that contain a ‘0’ start bit, followed by 8-bits of scan code (LSB first), followed by an odd parity bit and terminated with a ‘1’ stop bit. The keyboard generates 11 clock transitions (at around 20 - 30KHz) when the data is sent, and data is valid on the falling edge of the clock.

The mouse outputs a clock and data signal when it is moved, otherwise these signals remain at logic ‘1’. Each time the mouse is moved, three 11-bit words are sent from the mouse to the host device. Each of the 11-bit words contains a ‘0’ start bit, followed by 8 bits of data (LSB first), followed by an odd parity bit, and terminated with a ‘1’ stop bit. Thus, each data transmission contains 33 bits, where bits 0, 11, and 22 are ‘0’ start bits, and bits 11, 21, and 33 are ‘1’ stop bits. The three 8-bit data fields contain movement data as shown below. Data is valid at the falling edge of the clock, and the clock period is 20 to 30KHz.

The schematics of the Pmod PS/2 are available here. Before applying external power to the keyboard or mouse, check to see what the voltage rating of the component is, typically 3.3V or 5V, in order to ensure that the component is not damaged.

Example code demonstrating how to get information from the Pmod PS/2 can be found here.

If you have any questions or comments about the Pmod PS/2, feel free to post them under the appropriate section (“Add-on Boards”) of the Digilent Forum.