The Digilent Pmod OLED (Revision A) is an organic LED module with a 128×32 pixel display. 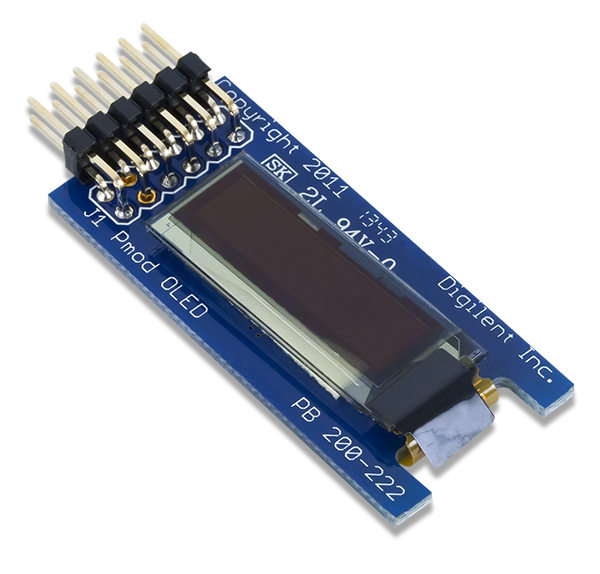 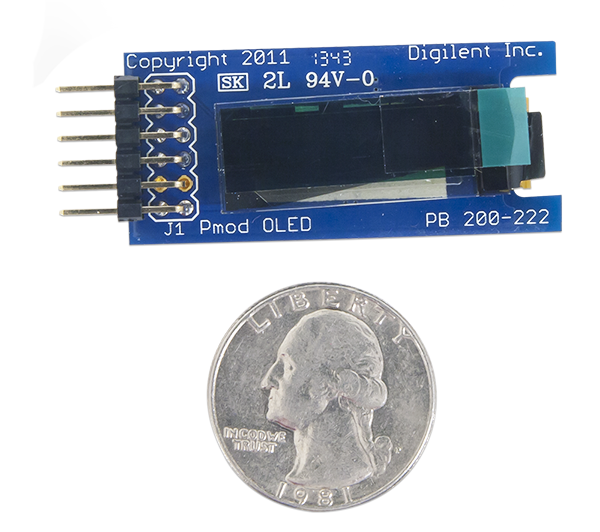 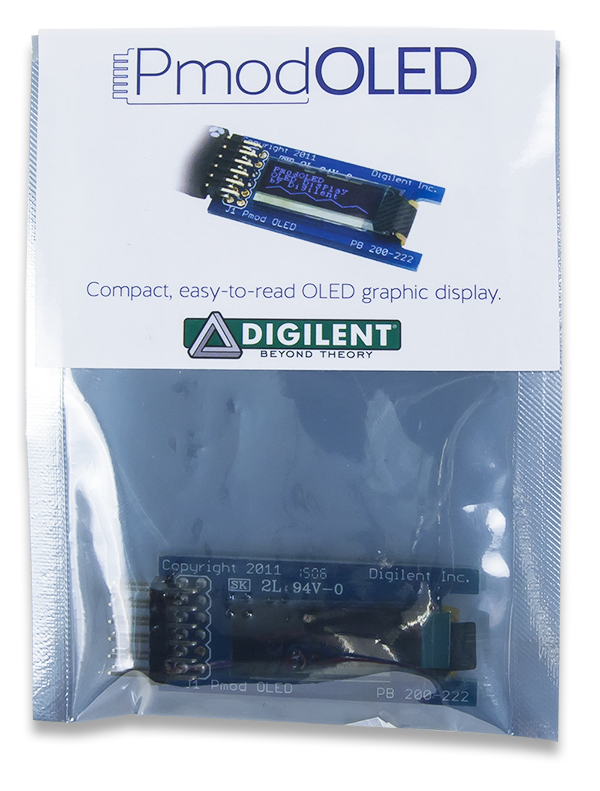 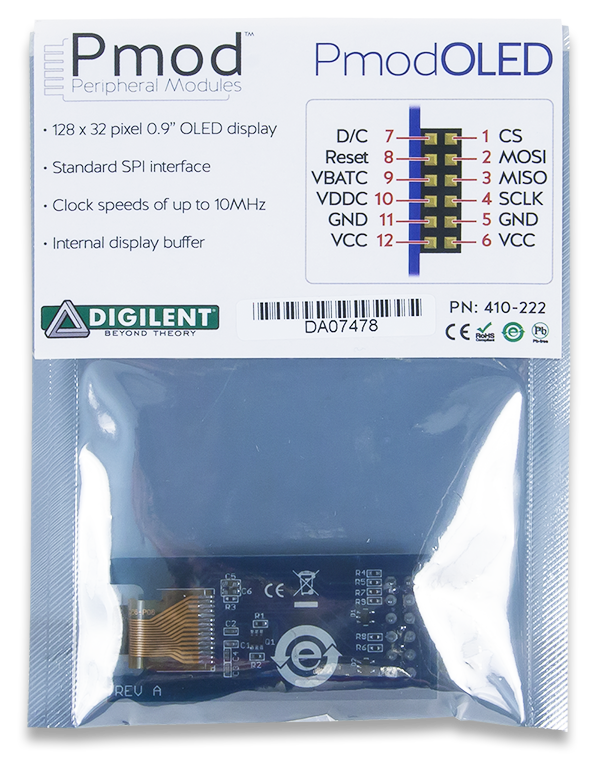 The Pmod OLED utilizes a Solomon Systech SSD1306 display controller to receive information from the host board and display the desired information on the OLED screen.

The Pmod OLED communicates with the host board via the SPI protocol. By driving and keeping the Chip Select (CS) line at a logic level low, users may send both commands and data streams to the display controller based on the state of the Data/Command (D/C) pin.

As a graphical display interface, users may light up any individual pixel on the OLED, display predefined characters, or even load bitmaps onto the screen. The OLED display has a specific power-up and power-down sequence to ensure the longevity of the device.

A pinout table of the Pmod OLED is provided below.

Although users are welcome to create their own interface code for the Pmod OLED if they so desire, pre-constructed libraries that provide functions for initializing the display and rendering simple text and graphics onto the screen exist. They are available on the Pmod OLED Resource Center and can be used as-is or as a starting point for a more sophisticated graphics library.

Any external power applied to the Pmod OLED must be within 1.65V and 3.3V; however, it is recommended that Pmod is operated at 3.3V.

The schematics of the Pmod OLED are available here. Additional information about the display controller including communication modes and specific timings of the chip can be found by checking out its datasheet here. Similarly, the datasheet for the display can be found here.

Example code demonstrating how to get information from the Pmod OLED can be found here.

If you have any questions or comments about the Pmod OLED, feel free to post them under the appropriate section (“Add-on Boards”) of the Digilent Forum.