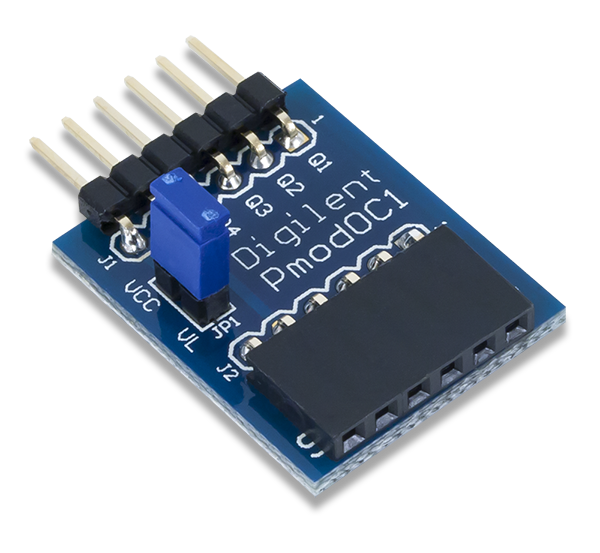 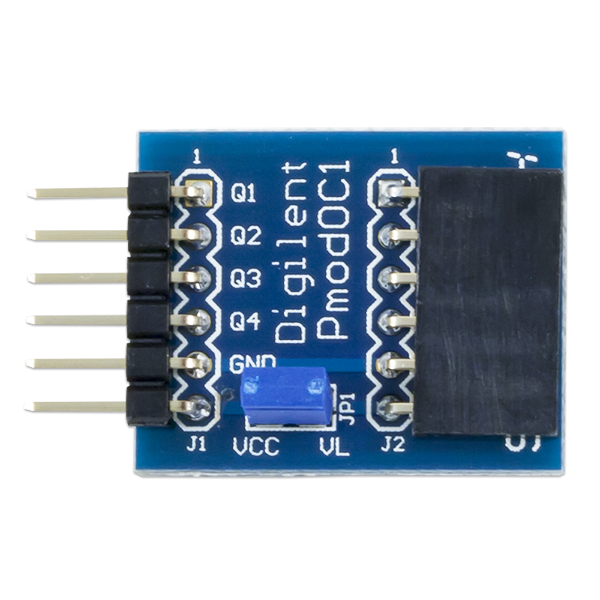 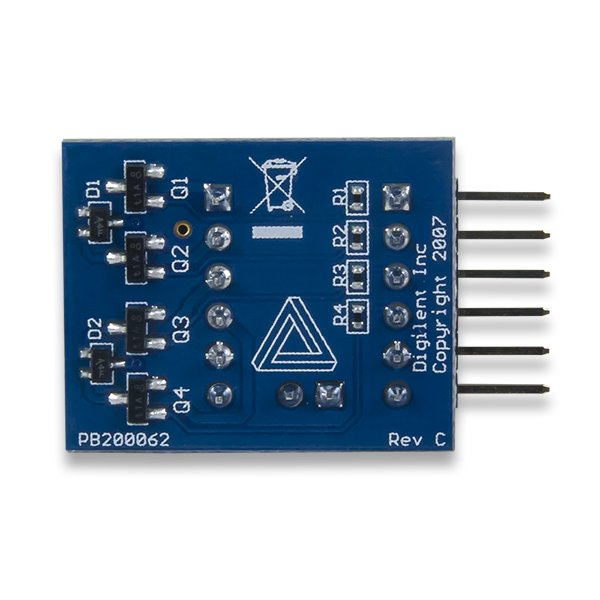 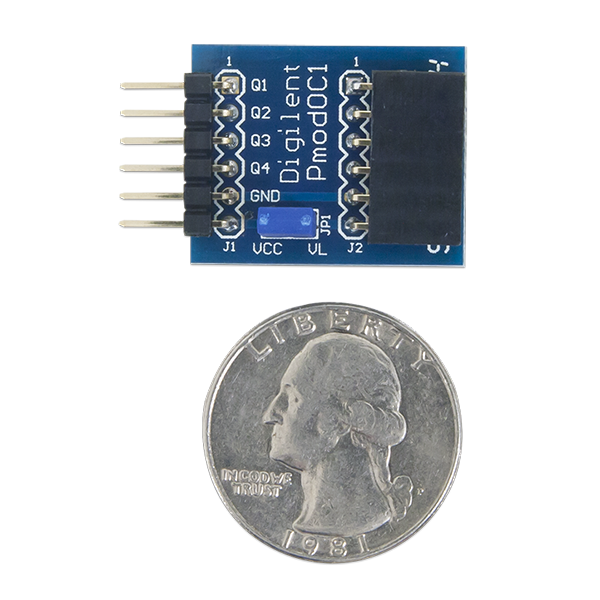 The Pmod communicates with the host board via the GPIO protocol. A logic level high voltage will “turn on” the BJT and a logic low signal will keep the BJT “off”.

Any external power applied to the Pmod OC1 must be within 2.7V and 5.25V; however, it is recommended that Pmod is operated at 3.3V.

The schematics of the Pmod OC1 are available here. Additional information about the BJTs including specific timings of the chip can be found by checking out its datasheet here.

Example code demonstrating how to get information from the Pmod OC1 can be found here.

If you have any questions or comments about the Pmod OC1, feel free to post them under the appropriate section (“Add-on Boards”) of the Digilent Forum.